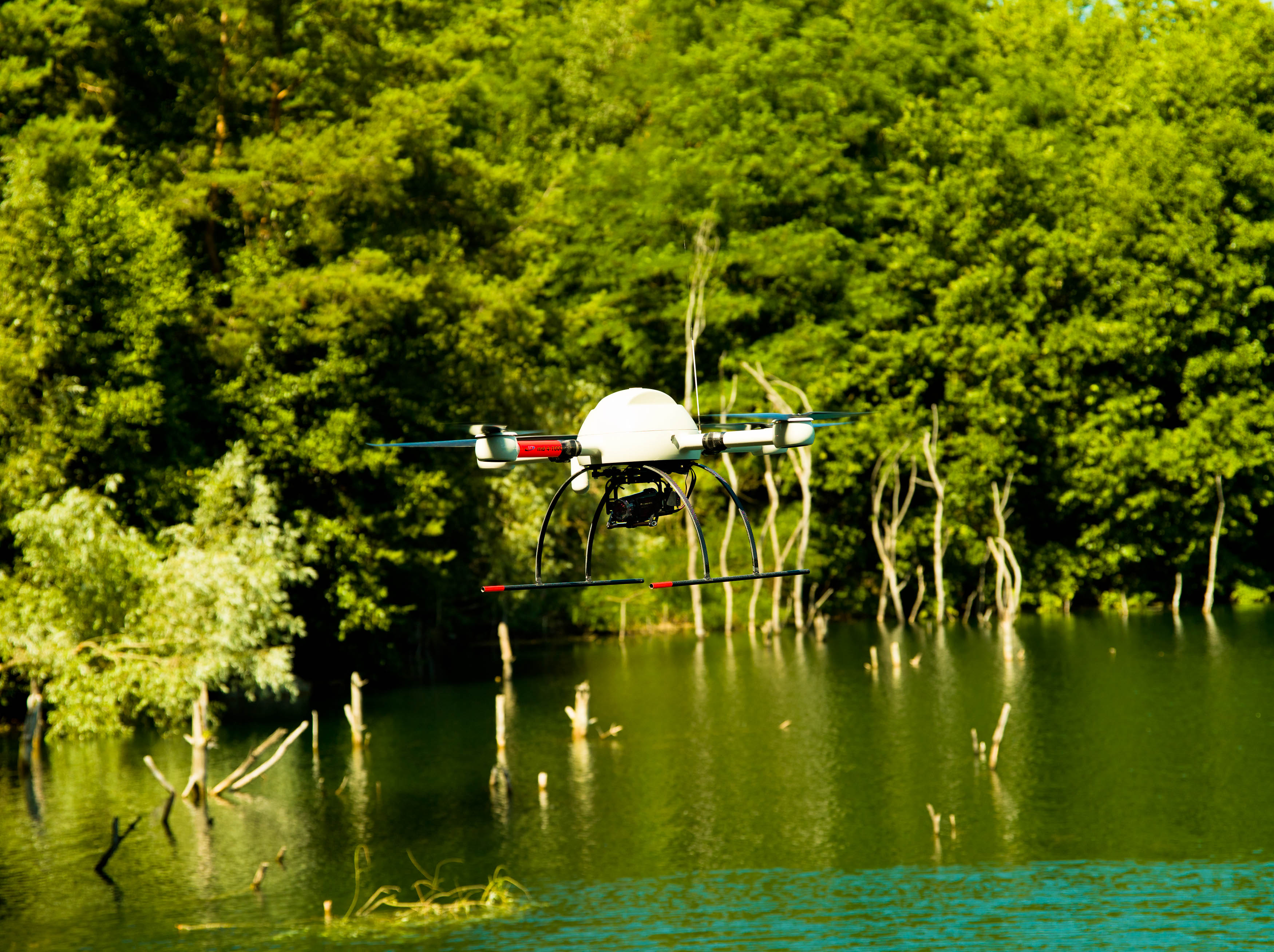 Drone technology is a double-edged blade with much controversy surrounding military strikes and privacy issues; however, drones are also restoring the environment.

Drones have gotten a bad rap as of late, but a few rotten apples shouldn’t spoil the bunch, at least not where drone technology is concerned. With a unique bird’s eye view, drones make it easy to see the bigger picture, whether you’re a real estate agent trying to sell a large property, or you’re a forest ranger monitoring the progress of forest restoration.

In fact, it’s the field of environmental restoration that has some of the most exciting and cutting-edge uses for drones. They are making it easier than ever to conduct large-scale restoration efforts. Here’s a look at some of the ingenious ways that scientists are using eco drones or conservation drones to help the environment.

The traditional method of planting trees in a deforested area involved having dozens of people on the ground planting saplings. The major drawback is that it is time consuming, but until recently there simply wasn’t any other way to get the job done.

In 2015, a UK-based startup designed a drone that can fire special seed capsules into the soil. The drones are operated remotely and fly a couple meters over the surface of the soil. A small pressure canister shoots the seed capsules into the soil with enough force that they will not only stick in the ground, but also crack open, exposing the seed to sunlight and encouraging germination.

Operating at a rate of 10 seeds per minute, it’s estimated that a small team of drones could deposit as many as 36,000 seeds in a day.

But drones can also be useful in the reforestation process long before any seeds are actually planted. Scientists can use special software to map the extent of deforestation thanks to the aerial images provided by the drone. And since illegal deforestation can quickly destroy an area, drones can also help pinpoint new areas of vulnerability.

Thanks to lightweight, high-quality cameras, drones can take very detailed aerial images. These images can even be rendered into 3D models. When the images are taken in a systematic way, such as capturing the same area at regular intervals, scientists can quickly determine if habitats are changing.

Habitat changes might be seen in the density of the tree canopies, erosion of riverbeds, quality and quantity of water sources, and more.

Because it’s so easy for a drone to cover a large distance in a short amount of time, scientists can also “zoom out” and analyze changes in human activity around a particular habitat, such as the growth of destructive plantations or the increase in urban sprawl.

Drones can be fitted with any number of different tools to aid in research, and one such tool is a thermal imaging camera. In some cases the camera can even transmit a live video feed back to the researchers. These two factors become critical when combating poachers.

The thermal camera can pick up on the unmistakable body shape of humans, cutting through the dense layers of tree canopy. The camera can also be used to track down campfires that the poachers may have set up. It is much easier and safer to use a drone to track poachers, since they are usually armed and dangerous.

Immediately knowing where potential poachers are located can help foot soldiers zero in on them and facilitate a quick arrest. Otherwise, the poachers could elude foot soldiers for days in a large forest.

Conservation biologists use radio collars to track the movements of animals, which helps determine how large their typical territory is, how far they roam, and whether they visit unprotected or human-centric areas on a regular basis. This information helps scientists determine if vulnerable species have enough protected land to live on, or whether efforts need to be made to conserve additional land.

The problem with radio collars is that the technology is surprisingly outdated. Scientists have to go out on foot on a regular basis to track the radio signal and record the coordinates. These are the data points that are used to show trends over time. It’s a time-intensive method.

Drones, on the other hand, can be flown overhead to zero in on the radio signal. Because this is a faster method of data collection, scientists could potentially track even more animals and gather even more data.

Thermal imaging can also be used to find forest fires before they get out of control. With regular monitoring via drones, it would be possible to find a fire shortly after it has broken out. When fires are small, it’s easier to contain them.

But the role drones play in fighting forest fires doesn’t end there. Fire fighters have been using airplanes and helicopters to distribute flame retardants over a large area. However, even being in the sky above a forest fire has its risks, since crashes are more likely to occur when several aircraft are in a small area at the same time. Drones could be used to disperse flame retardants without risking the lives of pilots and firefighters.

With that said, drones would have to be able to harmoniously coexist in the air with helicopters and planes, unless being used exclusively. Unauthorized drones have previously caused problems in combatting forest fires.

Drones are protecting the future

There’s no doubt that drones are changing the way a lot of things are done, from simple real estate marketing to covert military operations. In the field of conservation biology, drones are making waves. And since environmental protection can’t happen fast enough, drone technology is a welcome addition.

Based in Louisville, KY, Cathy Habas makes a living as a freelance writer, editor and Spanish-English translator. Cathy is currently working as one of the Content Marketer at BuildNicheLinks. Professionally, she enjoys helping startups create eye-popping and effective websites. Personally, she’s always on the lookout for gadgets that make life easy.