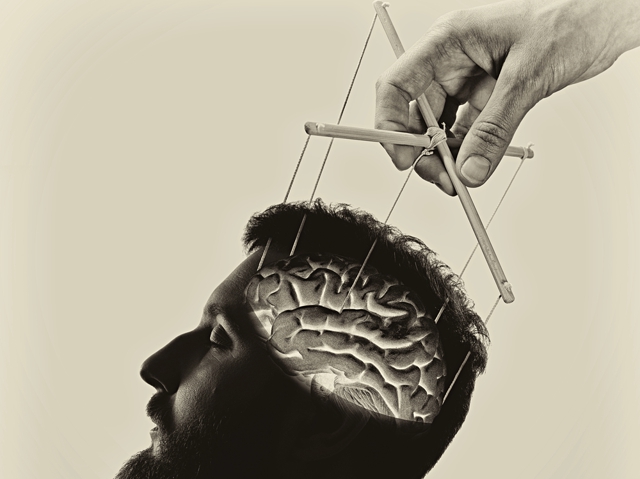 Know yourself before the Pavlovian puppet masters of big tech own your beliefs and drive all of your decision-making while you believe you are acting upon free will.

“Until you make the unconscious conscious, it will direct your life and you will call it fate” — Carl Jung

As part of its public mission to bring the world closer together, big tech has deliberately created a digital, dark infrastructure that preys upon human vulnerability through mass deception, according to Center For Humane Technology president Tristan Harris.

Just as we create filtered versions of ourselves online through our social media doppelgangers, big tech has created digital voodoo doll avatars in our image that it can prick here, or twist there to predict how we would respond in real life and in the digital realm.

“The truth that is even more scary than ‘they’re listening on the microphone’ is that they don’t have to!” — Tristan Harris

Have you ever been talking to someone about something only to have that exact same thing appear in an online ad or suggested content?

Just the other day I was speaking to a colleague about basketball where I specifically mentioned Karl Malone and John Stockton. The very next day, there was a ‘Stockton-to-Malone’ video suggested for me on Facebook.

While I could’ve sworn that Facebook was listening to me through my computer’s microphone, Harris said in a recent interview that big tech platforms don’t need to listen to your conversations for those suggestions to appear — they already know what will grab your attention because they analyze your online activity.

“Virtually all of Silicon Valley was either DARPA funded or National Science Foundation funded, or university funded” — Dr. Eric Schmidt

“I happen to know the former senior vice president of advertising at Facebook who has assured me — and also the external forensic data shows — they don’t do this! They don’t listen to the microphone,” Harris said in conversation with historian Yuval Harari, along with the New York Times‘ Somini Sengupta.

Tristan added, “This is something called the Baader-Meinhof effect — that we perceive that if two things happen at around the same time, they must be linked — there must be a coincidence.

“How is it, though, that they [Facebook] are able to make that prediction? The truth that is even more scary than ‘they’re listening on the microphone’ is that they don’t have to!

“We are no longer mysterious souls; we are hackable animals” — Yuval Harari

Think about that! You are not a unique individual of free will and spontaneous acts — you are a creature of helpless habit that can easily predicted by big tech companies. 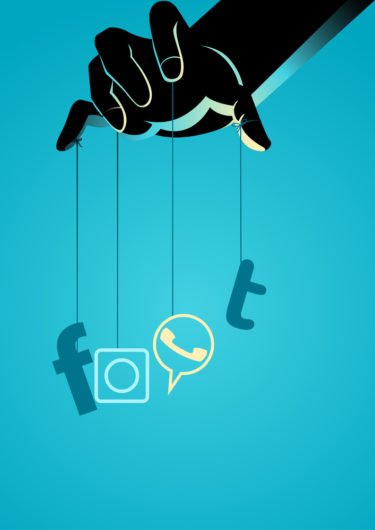 As historian Yuval Harari said at the World Economic Forum in Davos last week, “We are no longer mysterious souls; we are hackable animals.”

How easy it is for Facebook, and more so YouTube and Netflix to hack you as a human than by suggesting what you see and then controlling the flow of suggestions so it never stops.

It says ‘You liked this, so you’ll love this!” and it repeats. It doesn’t ask if you want to continue. It just keeps bombarding you with content, and your reptilian brain can’t help but respond to the stimuli.

“This is true knowledge, to seek the Self as the true end of wisdom always. To seek anything else is ignorance.” — Bhagavad Gita

This is why the old Greek aphorism “know thyself” is even more important today. Know thyself now because if you don’t, big tech will, and it will know you better than you know your own self.

Carl Jung once said, “Until you make the unconscious conscious, it will direct your life and you will call it fate.”

It is so much easier to fool someone than it is to convinced them they have been fooled, and big tech banks on that, especially on social media.

Fear of being an outsider, fear of not being validated, and fear of looking stupid has created an entire generation of digital narcissists gaslighting their way through life under a false facade of Facebookian self-flattery.

Big tech already knows your personality traits just by measuring what you click on and the time you spend between clicks with up to 80% accuracy, according to Harris.

We have all been lost in a dark wood. We have known ecstasy, and we have done battle with demons.

And yet for all of our personal triumphs and setbacks — for everything that we think makes us unique as humans — big tech still knows how we will most likely behave and react to certain stimuli because it is cold, calculated, and never forgets.

Big tech doesn’t have a psyche or a soul to its circuits.

Big tech doesn’t operate on a timescale that we humans operate on. Big tech has become godlike with humans being its sheepish flock.

There is a verse of scripture that illustrates the passage of time, which I think is very relevant to big tech:

“A thousand years in your sight are like a day that has just gone by, or like a watch in the night” — Psalm 90:4

With incredible speed and accuracy, big tech can predict what you will do before you do it — it knows what makes you tick and click — and that makes it all the easier to manipulate you in such subtle ways that you would never believe that you were being manipulated.

Harris said that big tech doesn’t distinguish between what people are interested in and what people can’t help but look at.

That’s just one way big tech pulls on our psyche, and like the Pavlovian puppet masters they are, once they’ve taken hold of your emotional strings, they can play you all the way to the bottle, the pharmacy, or the ballot box.

Know thyself. Push yourself. Challenge yourself. Break free from the molds that they have created of you.

“All things are possible. Who you are is limited only by who you think you are” — Egyptian Book of the Dead

Hindu texts are replete with the wisdom of self-knowledge.

Krishna says to Arjuna on the eve of a great battle in the “Bhagavad Gita,” “This is true knowledge, to seek the Self as the true end of wisdom always. To seek anything else is ignorance.”

And the Dakshinamurti Strotra states, “The world is only as real as the image that is seen in the mirror.”

What these quotes have in common is the Hindu concept of Maya — the cosmic illusion. Illusion is what big tech companies promote. Reality is an illusion. It is based on beliefs which are based on perceptions.

Big tech knows that perception creates reality, so what type of reality is it trying to create? What perceptions does it present?

If all you need to hack a human is biological data and computing power, why does big tech want access to all of your medical records?

What is the end goal?

“Truth decay” has become the new norm. Personalized news feeds give you news you want to hear and connect you with like-minded people — keeping you in a herd-like mentality. They don’t want you to break out and see what’s beyond the fence.

Predictable sheep are easy to control.

The good news is that for all of the computing power of big tech platforms, you still have your intuition. Your 86 billion connected neurons can do things that no computer can do.

Brace for impact! From surviving a plane crash to starting-up in Colombia: Brains Byte Back podcast

Are big tech housing projects too late to scale back inequality, gentrification?