An “AI caddie” for golfers leverages machine learning to calculate elevation, speed, and wind while boasting improved handicaps over its human counterparts.

Golf is yet another industry being disrupted by AI. This may come as a worry to people like Rory McIlroy’s caddie, who raked in $1.05 million (10% of the winnings) in a single weekend after McIlroy won the FedEx Cup in September, but that is a very extreme case.

Arccos Caddie announced this month that it has updated its AI platform by adding a real-time “Plays Like” distance calculator that precisely accounts for the impacts wind speed, wind direction, and elevation have on each shot and how far it travels.

Powered by the Microsoft Azure cloud platform, Arccos Caddie has been further enhanced with refined machine learning and AI algorithms, as well as persistent displays of wind and elevation data throughout the round. These combine to ensure Arccos Caddie users can shoot lower scores by harnessing advanced analytics to make smarter, data-driven decisions on the course, according to a press release. 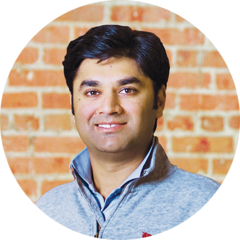 Apart from the AI caddie’s data-driven precision in measuring environmental factors, Arccos Golf CEO and Co-founder Sal Syed boasted, “Arccos users improved their handicap by an average of 2.77 strokes in 2016. The majority of them did that without the advice of an expert caddie.”

If a caddie serves two basic functions, physically carrying the golf bag and giving advice, then caddies the world-over should start looking into more transcendental methods of being useful as they cannot possibly crunch the amount of data that Arccos does almost instantaneously.

Add to the equation the introduction of robotic caddies that “follow you around like a baby duckling,” as Huffington Post editor Ryan Grenoble described Stewart Golf’s X9 Follow robot, then the future definitely looks grim for the bagmen of this world.

However, according to Syed, caddies have been used less and less frequently in recent years, which would mean that there won’t be too many caddies left to replace in the near future. In an upcoming episode of Microsoft’s web series, Decoded, Syed goes into the history of caddies and explains that not many golfers today actually use them.

“When you look at the history of golf, a hundred years ago every single round was played with a caddie. Today, less than three per cent of rounds are played with caddies, and the idea of what the caddie was doing, was helping you make optimal decisions in terms of your club selection; every time you step up to the ball, what club should you hit? Today, golfers are kind of doing that on their own, and we thought the perfect application of all the data that we’re collecting is using machine learning to make that decision that much smarter — that much more intelligent.”

Maybe there aren’t too many jobs to be lost in golfing after all? 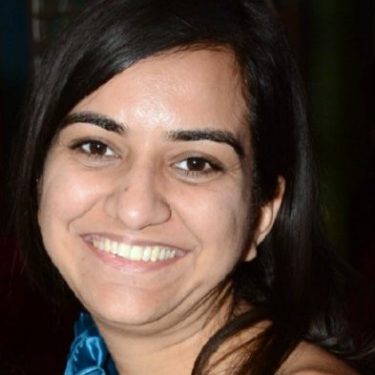 Kriti Sharma, VP of Bots and AI at Sage, wrote just last week that “we have far more to gain from AI than fear.” In her article, she laid out Sage’s five guidelines called the Ethics of Code. The fifth guideline addresses the issue of AI and jobs, stating:

“Ok, the robots aren’t going to steal all our jobs – but they are going to take on some roles that automation is better suited to. But for any jobs that AI is going to replace, its existence will also evolve existing jobs and create new ones. I have a friend who’s a conversation designer, writing the personality of a chatbot – jobs like that weren’t even thought of five years ago.”

So, coming back to golf, if the caddie is already on the way out, who’s on the way in? It would appear that this disruptive technology will make room for more jobs in programming, manufacturing sensors, data analytics, and who knows what else? Maybe even more paying gigs for golfers as they will continue to improve their scores and move up the ranks thanks to companies like Arcco.

Of course getting to the pros requires years of training, and decades of practice can’t just be programmed into a golfer overnight using machine learning. Can it?

The future of housing: Innovative solutions aimed at easing the housing shortage