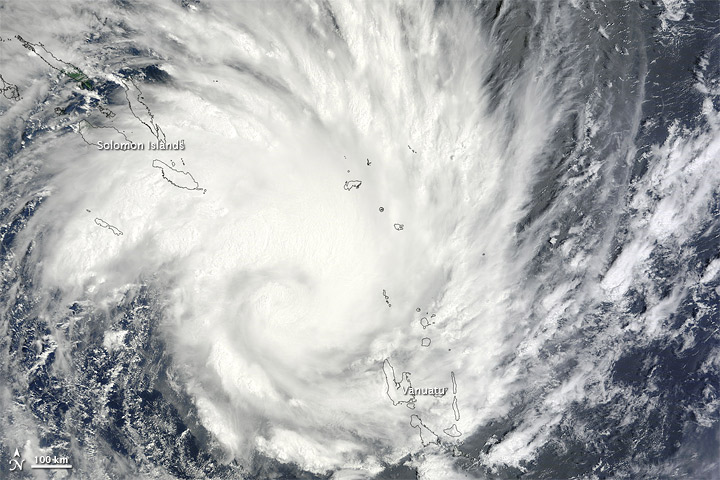 According to NASA the tropical cyclone is approaching Cairns, Queensland, at about 165kmph (90 knots) and is due to make landfall early tomorrow morning Queensland time. Australians are expecting this to be one of the worst storms to hit the country in decades and Yasi couldn’t come at a worse time. The country has already been hit by extensive and devastating flooding this year from which the country has not had time to recover.

The interactive satellite image below, which was recorded on January 31, shows the cyclone over the Solomon Islands and Vanuatu in the South Pacific on its approach to Australia.

The satellite image overlay will take a moment to load.

NASA said of the image,

More information can be found on Google News Australia.