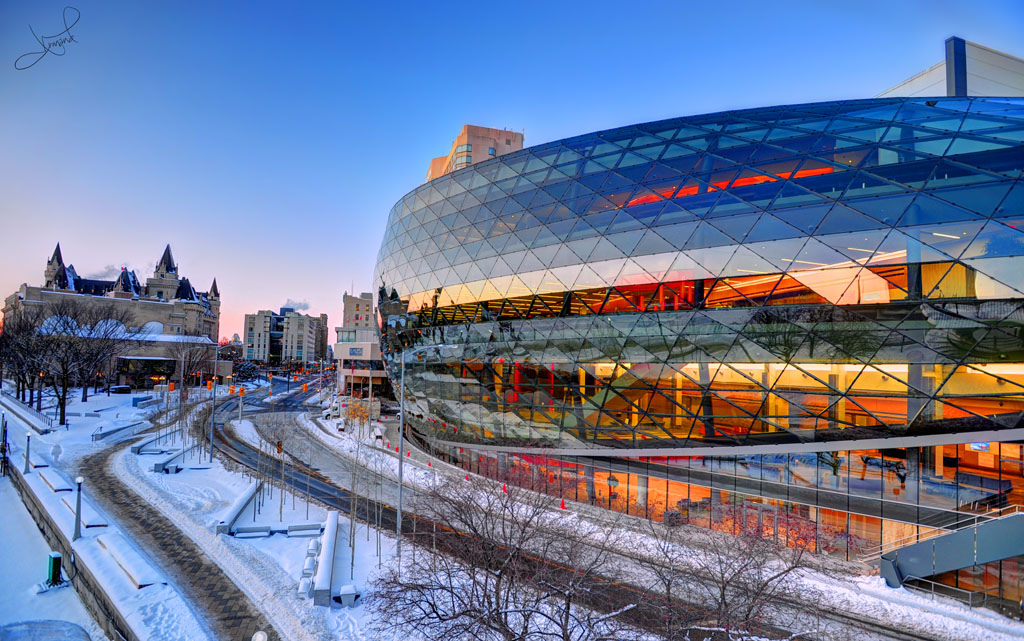 Ottawa is and has always been a global tech player. As big businesses continue to expand their operations in the capital, responses to recruitment campaigns have been phenomenal.

There still exists a misconception about Ottawa when it comes to tech. The stigma of Nortel’s collapse and the 2001 tech bubble still floats about in peoples’ minds, but that was the past.

Clearing up the misconception that Ottawa’s tech scene no longer exists or the wildly misinformed conclusion that it never did exist is Ryan Gibson‘s daily struggle.

Mr. Gibson is part of the marketing team behind Invest Ottawa’s Work in Ottawa campaign, and their responsibility now lies in getting the word out to recruit talent to Ottawa in order to meet the overwhelming demand of its global tech operations.

“There are just more jobs than people”

“The challenge right now is when you look at developed countries with clusters of technology capacities, they are all looking for talent. There are just more jobs than people,” Gibson explained.

Home to more than 1,750 tech companies that employ more than 68,500 people, and attracting a host of new firms from around the world, Ottawa was also recently crowned the top tech hub in Canada to live and work in.

With the Work in Ottawa campaign, Invest Ottawa has “a strong a capacity to attract talent to keep up the demand.”

Gibson, who has over 20 years experience working in Customer Success, says that the Work in Ottawa campaign is looking to attract two kinds of talent – Juniors, and people with Mid to C-level experience, because, “They are the ones that set strategy, they lead the teams, and they help companies grow. Without that kind of experience its hard to grow.”

Heeding the call from the Great White North, interested parties from the US have been responding to Work in Ottawa in numbers far exceeding original expectations.

An article in The Guardian on Sunday mentioned Work in Ottawa as a “recruitment campaign in five US regions,” but it didn’t go into what those regions were or how Invest Ottawa came to target those areas.

After testing the waters for recruits at-home in Canada, Work in Ottawa then set its sights on the five regions alluded to in The Guardian. They were Massachusetts, New York, Florida, Texas, and California.

What was the response?

“It was insane! Within two weeks we had about three million people engage. We knew it would be good, but we didn’t think it would be that good, and we were really excited,” said Gibson.

From the flood of interested candidates, Gibson’s team was able to compile a database of some 1,600 – 1,700 potential recruits, but Ottawa’s demand for tech talent is even higher, and the city can comfortably accommodate an additional 10,000 candidates should they choose to take advantage of what Canada’s capital has to offer.

So, what makes Ottawa such an attractive place to work and why now?

Compared with other Canadian cities, Ottawa’s average house price at $278K USD is about half that of Toronto and Vancouver, and is comparable to Montreal.

Ottawa is a stark contrast to the cost of an average home in San Francisco, which is about $1.3 million.  And for those who aim to build an exciting life along with career, the region boasts more than 850 parks, 500 miles of biking trails, the world’s largest outdoor skating rink, hundreds of freshwater lakes, and 180 festivals year ‘round.

The digital transformation that is taking place globally means many young tech workers can work from just about anywhere in the world with a laptop and access to WiFi. As far as big cities go, especially a nation’s capital, Ottawa is not only affordable, it is well-established, connected, and a vibrant place to live.

“Multinational brands such as Nokia, Huawei, IBM, Mitel, Amazon, and Apple are continually expanding their operations in Ottawa, while home-grown companies such as QNX, You.i TV, Ross Video and Shopify will collectively hire thousands of people within the next few years,” said Michael Tremblay, President and CEO of Invest Ottawa.

Ottawa was once called Silicon Valley North, but even now that label is being thrown around to describe other Canadian cities. While the term is still somewhat accurate in that multinational brands continue to expand operations in the city, its connotation still leads some to believe that Ottawa is trying to copy the Silicon Valley model rather than building something new.

However, with the emergence of a powerful SaaS presence, along with companies working on Artificial Intelligence, the Internet of Things, autonomous vehicles, and 5G, Ottawa is in the midst of a surging tech revival that goes to show how it has stepped out of the shadow from 15 years ago and is making its own way once again.

So, how will recruiting tech talent to Ottawa affect its ecosystem and startups in particular?

If you’re a fan of history, you’d appreciate that the now-defunct Nortel, which began in Montreal as the Northern Electric and Manufacturing Company in 1895, had employed some 94,500 people worldwide at its peak before it ceased operations in 2009.

With the Work in Ottawa recruitment campaign, Gibson and team would like to see that talent and money reinvested back into the community, which would also sprout more home-grown startups in a similar fashion.

Canada arguably has three unicorns at present, Shopify, Kik, and Hootsuite, although there has been some debate about the latter.

Ottawa-based Shopify’s growth rate is crazy right now, and its COO Harley Finkelstein who had invested in over a dozen startups, was named Canadian Angel Investor of the Year 2016.

With that type of commitment into Ottawa’s tech ecosystem, the timing is perfect for tech talent to pack-up and move North.

For Gibson, Invest Ottawa’s ideal scenario is simple – “That we’re able to give people the opportunity to have an exciting career while helping local companies grow and to create jobs.”

The Work in Ottawa website is an online hub for talent matchmaking, enabling job seekers and local companies to come together and explore exciting new career opportunities. The campaign also boasts a growing database of North American talent that is available to local employers who participate in the campaign. With a focus on Ottawa’s many R&D and business advantages, quality of life and key differentiators, this campaign is helping to address talent gaps, and catalyze the growth and success of companies across the region.