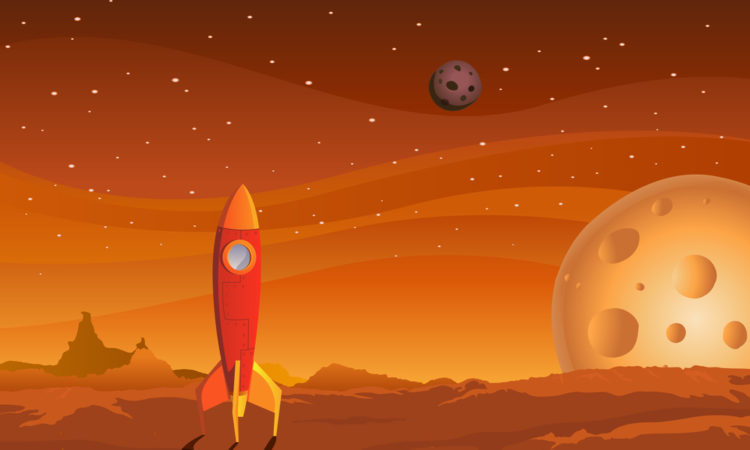 President Trump’s goal to return to the Moon by 2024 and to use it as a launching point for Mars has been met with praise for being ambitious and criticism regarding sustainability and feasibility.

One side believes that there isn’t a sustainable solution for the short deadline while the other side believes the plan is solid provided there is enough funding and that the programs are well-managed.

Sustainability, budget, and execution effectiveness are the major concerns.

Bureaucracy and bickering over the management of funds, sustainability, and the 2024 deadline being thought out properly or not is where we are at now.

The House Subcommittee on Space and Aeronautics held a hearing on Wednesday called “KEEPING OUR SIGHTS ON MARS PART 2: STRUCTURING A MOON-MARS PROGRAM FOR SUCCESS,” to address the proposal to return to the Moon in 2024.

In his opening statement Congressman Brian Babin praised the ambition of the Trump administration.

“Rather than resting on our laurels, the Trump administration challenged NASA to return to the Moon on its way to Mars. This is an audacious goal,” he said.

“For over 15 years multiple congresses controlled by both Republicans and Democrats have passed authorization acts that directed NASA to do the exact same thing.

“All of these acts directed NASA to explore the Moon, Mars, and beyond using a stepping stone approach.”

“The administration should be commended for subsequently challenging NASA to achieve this goal by 2024.

“For several years NASA has lacked a sense of urgency. Without a worthwhile near-term goal our nation’s space enterprise lack consistency and lack focus.”

“This allowed the previous administration [Obama] to slash early-stage for SLS and Orion and to propose cuts year-over-year, stretch out development schedules, scale-back capabilities, impose unique accounting rules like termination liability and to hold up the purchase of long-lead items during continuing resolutions.

“We now have bold leadership that is empowering NASA to lean forward,” Babin added.

“An arbitrary deadline that is unaccompanied by a credible plan”

While Babin is excited by the president’s “audacious goal,” Congresswoman Eddie Bernice Johnson is skeptical that there is a coherent and sustainable plan in place.

“The administration’s 2024 lunar landing directive appears to be neither executable nor a directive that will provide a sustainable path to Mars,” she said.

“Proponents of the administration’s crash program argue that such a deadline will instill a sense of urgency and motivation into our space program.

“However, an arbitrary deadline that is uninformed by technical and problematical realities that is unaccompanied by a credible plan and that fails to identify the needed resources in one that sets NASA up to fail rather than enabling it to succeed.”

Did President John F. Kennedy set an arbitrary date for his “ambitious goal” in 1961 for the US to send an American safely to the Moon before the end of the decade? Was his plan credible?

When Kennedy made the space program “the highest kind of national priority,” he gave NASA all the tools to safely put the first men on the Moon.

It looks like that same high-level of commitment would be needed from the present Trump administration to return to the Moon by 2024, provided the plan could actually be executed.

Where Kennedy had overwhelming bipartisan support to beat the Soviets during the Cold War, Trump’s plan is met with partisan backlash, for good or ill.

Checks and balances are always necessary, and there is no substitute for a solid and cohesive strategy.

We’ve seen what politicians on both sides of the aisle believe.

Next, we shall see what people who have actually worked in the space program have to say about the sustainability of going to the Moon in 2024.

The startup mimicking photosynthesis to settle on Mars