One step back, two steps forward: why quarantine-tested innovation is here to stay 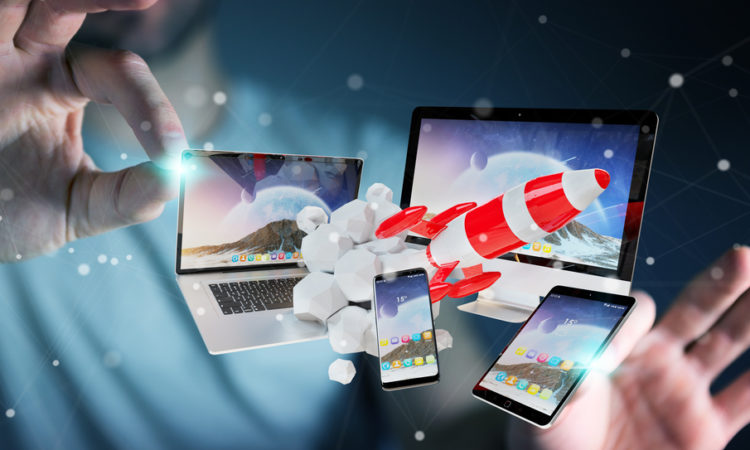 The realities of the COVID-19 pandemic are hitting the United States extremely hard. With infection cases rates skyrocketing and stock markets plummeting, the public and private sectors have received a harsh wake-up call showing the US is just as susceptible to these types of crises as any other country.

However, while things may seem particularly dark right now, a look across the globe to China offers some well needed solace, where strictly-enforced containment policies have seen the slowing of transmission rates, and as many as 80% of businesses reopening.

And not only that, but experts suggest that close cooperation between the private sector and the Chinese government has actually boosted local technology industries , especially for startups solving problems directly linked to quarantine measures — such as online education, virtual meetings, cybersecurity, digital healthcare, and telecommunications.

As precautionary measures against COVID-19 have forced society to implement new technologies, many argue that it is unlikely we will return to our original ways of doing things when the pandemic subsides.

Joe Chan, partner at Mindworks Ventures in Hong Kong, told TechCrunch, that “people are reluctant to change once they form a new habit”.

New solutions have been tested on an unprecedented scale, and experts predict that usage trends will continue after the pandemic. Let’s take a look at three verticals in which new technologies have been ‘crash tested’, and will most likely be here to stay:

Shared workspaces pose one of the largest risks of infection, and subsequently, remote working has been implemented across the world.

Chenxi Wang, a managing partner at Rain Capital, told MarketWatch large organizations like Facebook and Google have long had working remotely as part of their team cultures, and are therefore better equipped to scale-up protocols for working outside the offices.

Day-to-day communication can remain relatively undisturbed in the move to home working, however, maintaining security protocols, from afar and on scale, poses huge challenges for enterprises.

Currently, over 400 million businesses and consumers use VPNs: secure web connections that protect information sent between businesses and employees, plus scan to detect hacking threats and encrypt data.

The reality is, though, that most VPNs are not designed for simultaneous use on a large scale. According to CNBC, there has been widespread cases of system overloads and crashes in the VPN usage surge due to COVID-19.

Still, the situation has created notable opportunities for companies that react quickly.

At the beginning of March, JPMorgan Chase, Arity, and Morningstar all began asking employees to work from home one day to test their systems.

Following the test, JPMorgan Chase told team members in New York that 25 – 50 percent of them should work from home full-time where possible.

Likewise, ServerCentral Turing Group held a day where employees worked from home to test systems. After, the company asked employees to fill out a questionnaire explaining how the equipment performed.

Rather than rely on third-party providers, cloud-computing company Nutanix, created an intranet site for its employees, giving details about how to access its VPN, use video conferencing tools, and log into company applications.

The type of resource not only improves productivity for current employees working from home, but also serves as a resource to be included in future employee training.

Coronavirus has meant schools in 13 countries have closed, directly disrupting 290 million students. In place of classes, online learning has become the medium to continue education.

Teachers are now testing new ways to use online resources, along with sharing best practises to optimize use of e-learning tools.

Jin Chi, a professor at Beijing Normal University specializing in education and child development, told Brookings Institution that amidst the coronavirus outbreak, “teachers have formed groups to learn best practices from each other, consult with technical staff, and master different kinds of online teaching platforms.”

This kind of knowledge-sharing may facilitate a shift towards e-learning being the primary mode of teaching — particularly for those outside of urban areas, part-time students, or those want to study abroad.

The pandemic has also caused technology-providers to reassess their business models. For example, AI-driven learning platforms, which typically cost thousands of dollars to use, have made services completely free to support teachers and education institutions.

Another development is that service providers are booming in the midst of e-learning. TAL Education has partnered with 300+ Chinese schools to stream free classes, as well developed data tools to analyze student performance. The rapid increase in usage has earned the company an extra $1.7 billion since the crisis began.

The World Health Organization (WHO) has advised people to avoid using paper currency to help contain the spread of infection.

In China, the central bank has removed cash in the hardest-hit areas. Money in circulation in hospitals, public transport, and markets has been destroyed. Other areas have quarantined money in local banks, using high temperatures and ultraviolet lights to disinfect the banknotes.

A total of $1.1 billion has been taken out of circulation in the Guangdong province over only 10 days.

Meanwhile, in Europe, tourist attractions like the Louvre Museum in Paris will only process card payments, as to avoid staff handling physical money.

Natural disasters like a hurricane often result in people being told to withdraw money from ATMs in case digital systems fail. However, the coronavirus has inverted this line of thinking.

The reality is, society has been integrating digital payments for years. In 2015, shoppers used paper cash for 46 percent of their purchases under $20; by 2019, this number dropped to 37 percent according to a study by Square.

With coronavirus encouraging cashless payments, there are long-term benefits for business owners, including a safer work environment for employees, increased operating productivity, and reduced waiting times for clients. There are many advantages for governments too. Cashless transactions leave less room for tax evasion, and illegal behaviors like laundering and theft, plus remove the cost of printing physical money.

The higher value a note is, the more it costs to print (e.g. a $5 bill costs 10.9 cents, whereas a $100 bill costs 12.3 cents). A cashless system removes printing and distribution fees, as well as making transactions more transparent.

While only 30 percent of Americans reported having entirely abandoned using cash in 2018, the rising health concerns around paper currencies are likely to prompt governments to find ways to include ‘underbanked’ people in cashless systems. The switch to paperless payments could help people on the fringes of society use the technology to safely store and their money.

And while COVID-9 has sped up acceleration, an independent report in the UK predicted in 2019 that cash use would cease entirely by 2026. This date could be much sooner, however, if the majority of businesses follow the WHO recommendations.

‘Crash testing’ technology for the future

While the long-term effects of COVID-9 are yet to fully surface, it is clear that being unprepared for a crisis of this magnitude has forced private and public sectors to use all available tools to survive.

The coronavirus has created a ‘crash test’ of existing technology, as restrictions force billions of people to adjust to new ways of working, learning, and spending.

And despite teleconferencing, VPNs, e-learning, and digital payments being available before the outbreak, the extreme circumstances have forced society to take an evolutionary leap and make these tools the norm.

Disclosure: This story [updated on April 6] is brought to you through an ESPACIO portfolio company

David Dorr is co-founder of Coro, the payment app on a mission to create a more stable and sustainable economy by putting gold at the heart of the financial system.
view all posts