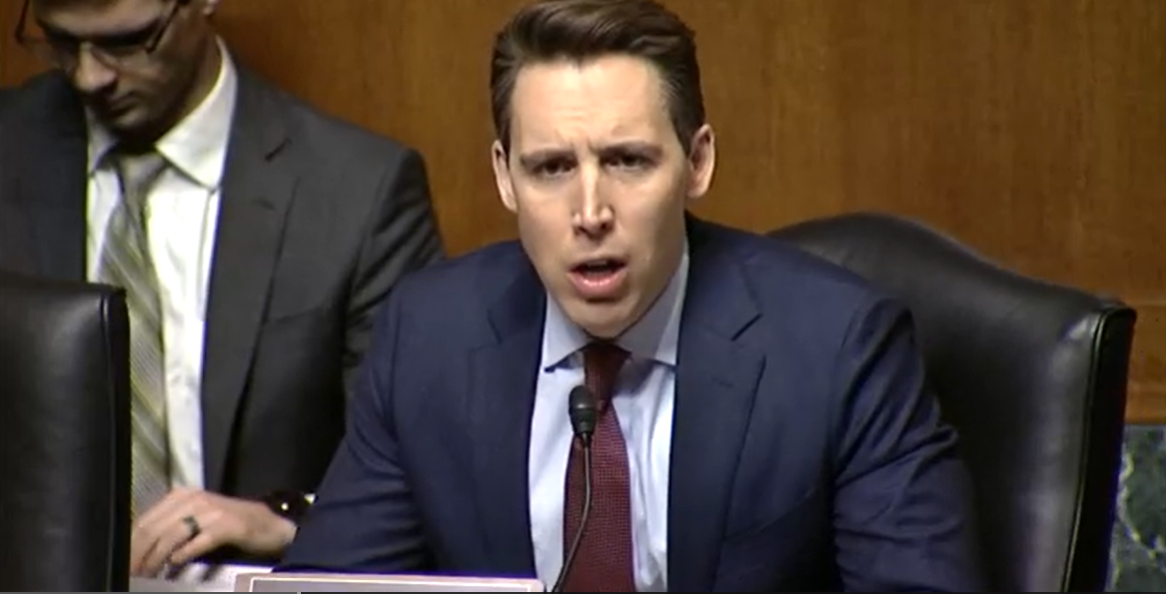 “Today, I’m announcing I will introduce legislation to ban the use of TikTok by all federal employees on all federal government devices” — Senator Josh Hawley

Hawley made the announcement at the beginning of a hearing in the Senate Subcommittee on Crime and Terrorism as a response to the perceived security threat that TikTok poses.

“Today, I’m announcing I will introduce legislation to ban the use of TikTok by all federal employees on all federal government devices,” said Hawley.

“This is a necessary step to protect the security of the United States, and the data security of every American,” he added.

This isn’t the first time the senator has spoken out against the Beijing-owned video sharing app, and Hawley is a major critic of TikTok and China on Twitter.

.@tiktok_us tracks your search history, your keystrokes, your location – and shares it w/ #china. That’s why Pentagon, State Dept, Homeland Security & TSA banned it for employees. I will introduce legislation to ban @tiktok_us for ALL federal employees on all govt devices

During today’s hearing entitled “Dangerous Partners: Big Tech and Beijing,” Hawley set up why he was going to introduce legislation banning TikTok.

“We face a major security threat from China,” Hawley began.

“We now know that Chinese officials were behind the Equifax breach from three years ago that exposed the personal, financial information of 148 million Americans — that’s almost half the country.

“We know that China requires businesses that operate in the country to share data with the Beijing government,” he added.

After outlining one of the the more recent indictments against Chinese officials, Hawley went on to describe why believes TikTok is a national security threats — and how the Communist Party has unfettered access to all of the data.

“Let’s talk for a second about TikTok,” said Hawley.

“TikTok was the most downloaded app of 2019 — more than any other app in the country.

“But it is owned by a Chinese company that includes Chinese Communist Party members in leadership, and it is required under Chinese law to share user data with Beijing.

“TikTok has admitted that it has sent user data to China.

“To put it bluntly, this is a major security risk for the American people.

“And what kind of data is TikTok collecting as it runs on our phones? A heck of a lot more than you would think,” said Hawley.

According to the senator, TikTok collects information on:

“Since our last hearing on this subject, the Pentagon, the Department of State, the Department of Homeland Security, and the TSA have all banned their employees and service members from using TikTok on government devices,” said Hawley.

In addition to these agencies banning TikTok, Senator Hawley now wishes to see the use of TikTok banned by all federal government employees on all government devices.

Last November, Hawley introduced the National Security and Personal Data Protection Act, as a response to partnerships between big tech companies and Beijing, and how the Communist government was using data obtained from US citizens.

At its core the bill would essentially, “Prohibit American companies from transferring user data or encryption keys to China and other countries that similarly threaten America’s national security.”