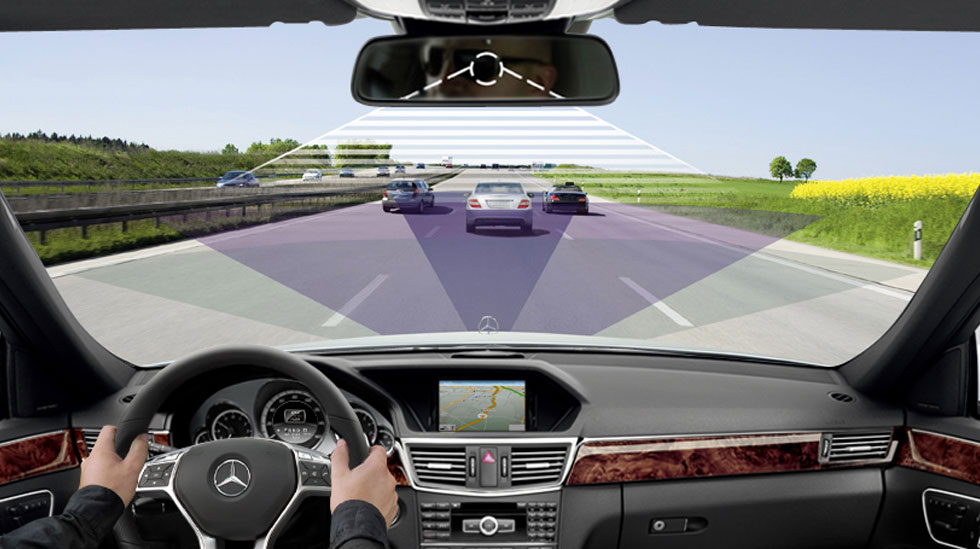 FedEx made headlines in 2014, after one of its delivery trucks in Orlando hit a tour bus of students, killing ten people including the driver. The backlash called for improved safety measures on buses and drew attention to an increase in truck crashes and consequent injuries.

Michal Stencl is the founder and CEO of Sygic. With more than 150 million users on iOS, Android, and Windows, Sygic GPS Navigation is the most advanced navigation app in the world.

That year, a total of 3,660 people died in large truck crashes, according to the Insurance Institute for Highway Safety. One in ten highway deaths is caused through a collision with a large truck, and these collisions are on the rise. CNBC claims there are 11 crashes involving a truck everyday in the U.S. and the most recent figures from the Federal Motor Carrier Safety Administration reveal collisions causing injuries rose 21% to 88,000, from 2013-14.

A rapid uptick of e-commerce and on-demand deliverables increases the danger of collisions. The global shipping industry is a $2.1 trillion market – this means there is big money behind finding a real solution. And as e-commerce sales continue to rise, individual retailers bring their own ideas to the table.

These innovations mean cutting edge technology could save thousands of lives a year. So, how do they propose doing this?

1) Amazon drones take to the air

In the U.S. nearly 70% of all freight deliveries are made by truck –but a number of companies are beginning to reject ground transportation, and taking to the air. In 2013, Amazon CEO Jeff Bezos described his plans for a fleet of drones, Amazon Prime Air. “I know this looks like science fiction,” he said to a 60 minutes reporter. “It’s not.”

The idea is simple, consumers opt for the Prime Air 30 Minute delivery. While their order is processed, they clear a delivery zone in their yard, marking the landing spot with an Amazon icon. The drones can travel up to 15 miles, which means for now just 2.3 million households will be in range for drone delivery once this product is released. As testing continues, Google and Walmart are hot on the heels of Amazon’s drones. However, the giants of commerce are currently restricted by drawn-out decriminalization processes from the Federal Aviation Administration (FAA).

While they wait for approval and regulations, Chinese retailer JD.com is already miles ahead, it kicked off drone deliveries in Jiangsu this June. Free from the heavy regulation that U.S. retailers come up against, China boasts advanced technology, with the world’s largest drone company, SZ DJI Technology, in Shenzhen.

The self-driving car, through eliminating the vast majority of crashes on the road, could save almost 30,000 lives a year. Experts at McKinsey predict Advanced Driver Assistance Systems (ADAS) and Autonomous Vehicles (AV) will reduce traffic accidents by 90%.

In 2015, the world’s first fully autonomous truck licensed for use on public roads was unleashed at the Las Vegas Motor Speedway. The Freightliner Inspiration Truck, from Daimler AG, uses a system of cameras and radar sensors to drive in autopilot. It can steer, change speed, and brake, completely autonomously. Currently, the vehicle needs to be manned by a “driver”, armed with a tablet to supervise the driving and taking control when external conditions, such as snow, require this.

This type of technology is also being used to develop “driver assist” systems, monitoring external factors and taking control of the brakes and steering when an accident is expected. Forbes has also reported the developments of Brain4Cars, combining this sensory technology with software algorithms that predict driver actions to create warnings or take control of the vehicle to help reduce accidents.

The heads-up display (HUD) is an augmented reality tool that projects visual driving data into a driver’s line of vision. This type of technology, pioneered by industry leaders such as BMW, shows drivers information such as speed and GPS instructions, letting them keep their eyes on the road. BMW claims using this method drivers can process information 50% faster. Through aiding driver concentration and traffic awareness this could help to reduce accidents.

The HUD was originally designed to aid military aviation, though today they have grown into commercial use, in the air and on the road, reducing driver distractions and allowing them to keep their hands on the wheel.

Global logistics firm, DHL, has reported the huge potential of augmented reality tools in delivery transportation, providing valuable real-time digital information layered onto the road. In September vehicle technology firm Continental unveiled its new HUD tailored for trucks, at the IAA Commercial Vehicle Show. Manufacturers have two options, projecting information directly onto windshields or a flat disc. Continental has also reported that this technology will play a significant role in the development of autonomous vehicles, helping drivers to monitor information while the truck navigates the road.

4) Apps to reduce driver fatigue and time on the road

According to the U.S. Department of Transportation, driver fatigue is a leading cause of truck collisions, particularly for drivers travelling long distances. This can lead to incidents of microsleep, where drivers nod off at the wheel, with potentially deadly results. A truck driver that falls asleep for just three seconds, driving at 65 mph will travel the full length of a football pitch, with no awareness or control of the vehicle.

Regulations over the “hours of service” (HOS) within which truck drivers can operate are fairly complex. New rules mean drivers must take a 30-minute rest break within the first 8 hours of a shift and they mandate the use of the 34-hour rest break, known as the “restart”. The Federal Motor Carrier Safety Administration (FMCSA) additionally claims that the HOS regulations are “highly controversial and widely violated”.

Mobile apps, like TruckerPath, used by nearly half a million drivers, help drivers to find truck stops and rest areas. Members of the trucker community can also add locations, rate existing ones and share feedback. The app also helps to connect carriers looking for loads and freight companies that need deliveries — filling vehicles and reducing unnecessary additional trips. An alternative to this, Cargomatic, uses the ‘Uber for X’ crowdsourcing approach to let truckers add to their fleet. And in San Francisco, logistics courier service, Rapidus, combines this with big data, matching delivery journeys with driver routines.

Widespread adoption of these technologies rely on breaking habits and gaining trust. Letting an unmanned 80 thousand pound vehicle take to the road at speeds of up to 70 mph is not going to happen overnight. Automotive manufacturers find themselves at a fork in the road, facing a variety of solutions to save lives, each with their own set of challenges and regulatory needs. As emerging tools continue to push boundaries, forcing new legislation across the nation, it lays way for a safer future on the road. This could be through providing truckers with the necessary tools to assist their driving, or something a little more futuristic.