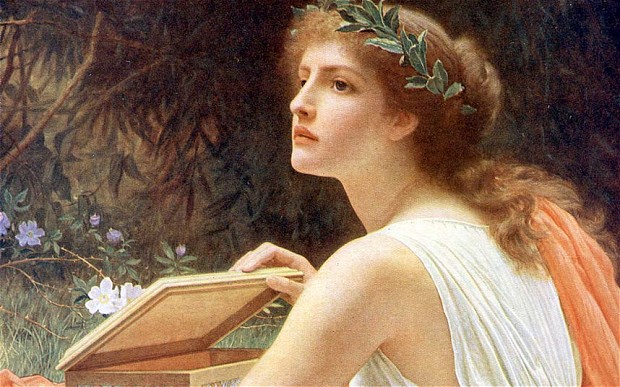 Pandora with her magic box "gifted" by Hera, wife of Zeus
8.42Kviews

Greek Mythology may provide us with a lesson in curiosity as Microsoft acquires AI startup Maluuba to make machines more curious.

Just as Hera, the wife of Zeus, gave Pandora the gift of curiosity, so too is Microsoft working with its new AI acquisition to give machines the same human-like quality, whether it be a blessing or a curse.

Maluuba’s fascinating research into making machines more curious like humans is what nabbed the attention of Microsoft, whose goal is to democratize AI. The Montreal-based startup’s mission is to create “literate machines that can think, reason and communicate like humans.”

What does it mean to make machines more curious? According to Maluuba’s blog, this has to do with teaching “artificial agents how to seek information actively, by asking questions.”

The Canadian startup claims to have “designed a deep neural agent that learns to accomplish these tasks through efficient information-seeking behavior,” and that “such behavior is a vital research step towards Artificial General Intelligence.”

With the acquisition of Maluuba, Microsoft aims to be one step closer towards bringing AI “to every person and organization on the planet.”

In mythology, Hera’s “gift” of curiosity to Pandora ultimately became a cruel curse. Pandora, whose name means “all gifted,” was named so because “each god had given her a power by which she would work the ruin of man.” Upon being given a mysterious box by Hermes and told never to open it, Pandora thought nothing of it.

That was until Hera came along and gave her curiosity, which would both plague and propel humankind for the rest of its existence. Upon opening the box, all the scourges and sorrows of mankind were let loose upon the world that brought pain, pestilence, and sorrow.

After all the horrible human traits had been unleashed, Pandora found Hope in the form of a pixie resting at the bottom of the box. This she kept as the redeemer of the human race.

Perhaps AI is the new Pandora, innocent and naive at the start. As Microsoft and Maluuba play the role of tinkering gods, their machines are their most wondrous creations, but what happens when the machines learn to think like their masters — the gods of their creation?

Once machines reach Artificial General Intelligence with the capacity to contemplate their own curiosity, will they too become Pandora? Will they too let havoc wreak upon all of humanity? Or will they usher in a new era of hope?

Let us hope that curiosity will propel us towards the greater good of all, and not after unleashing total devastation — the likes of which have not been seen since the Age of Myths and Legends.