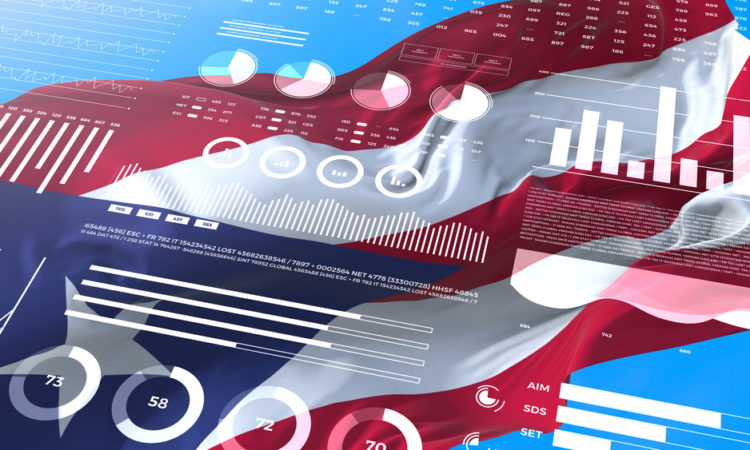 “If you don’t have a concrete infrastructure of regularly gathering, normalizing and standardizing data, lives could be at stake” — Eduardo Burgos-Suazo

The COO of data analytics startup ABEXUS Analytics, Eduardo Burgos-Suazo says that Puerto Ricans tend to be suspicious of public health data, which the government is using to make recommendations to contain the spread of the novel coronavirus.

“I really believe that people don’t have a lot of confidence in the data that’s going out from the department of health,” he told The Sociable.

ABEXUS has just released a report on the economic effects of the COVID-19 crisis, entitled “The Economy is not Reserved for Economists.”

Part of the report showed a correlation analysis which found that Puerto Ricans took nearly seven days to react to increases in the number of positive COVID-19 cases reported.

In Puerto Rico, stay-home orders are still in place, but some offices are still open, provided they follow biosecurity protocol. ABEXUS’ correlation analysis shows that the higher the number of confirmed cases, the lower the number of people travelling to their place of work, with a delay of up to a week in between.

“Given the public perception about the reliability of government data, the above finding is no surprise, people waited almost a week before responding to government data,” reads the report.

“There are lives on the line…if you don’t have a concrete infrastructure of regularly gathering, normalizing and standardizing data, lives could be at stake,” Burgos-Suazo said.

“It’s just simply a question of a lack of priorities,” he said.

Why does Puerto Rico have a data problem?

In a previous interview with The Sociable, Burgos-Suazo explained that making data-informed decisions has simply never been a priority for the Puerto Rican government.

“It’s not that we don’t have the mechanisms to gather data, just that when it comes to making decisions, data is not a priority,” he told The Sociable in March, explaining that the information sources do exist, but they are just not centralized.

For the last three decades, he explained, Puerto Rico’s leadership has relied more on intuition and subject matter to make decisions, even in times of crises such as Hurricane Maria, which took place in 2017.

And during the pandemic, the lack of a systemized process to measure the impact it is having on the island has become increasingly evident.

“Puerto Rico only has a selection of five indicators published monthly to assess how the pandemic is affecting the economy,” said Burgos-Suazo, explaining that the island only measures its GDP once a year.

In order to accurately assess the implications of social or political policy, Burgos-Suazo explained the importance of drawing on “unconventional data.”

“If we had to wait for the government/ public sector data, it would literally take months, even years, to understand what is happening,” he said.

“If we had to wait for the government/ public sector data, it would literally take months, even years, to understand what is happening,” Eduardo Burgos-Suazo.

ABEXUS uses a mixture of public data sources and information gained from private companies, such as data from its own surveys, from Google Mobility, Google Trends and transactional data that monitors peoples’ interactions with cashback apps such as BUREA.

“For example, the mobility data from Google is very limited, it’s income bias, it definitely has a technological bias,” he added.

In 108, the Puerto Rican Statistics Institute calculated that 98% of the island’s population between the ages of 18 and 34 own a mobile phone. However, this percentage gradually decreases to 72% as the average age increases.

Burgos-Suazo predicts that unconventional data sources will produce more representative and inclusive data sets over the next five to ten years, as technology continues to advance.

When it comes to user privacy, Burgos-Suazo says it’s up to users to educate themselves and understand where they are putting their data.

“I think that the benefit of analyzing the data is bigger than the privacy problem,” Eduardo Burgos-Suazo.

“If you don’t read the privacy policy of an app, then that’s a big problem,” he said.

According to UNESCO, the literacy rate among Puerto Ricans over the age of 15 is 92%.

At the same time, he recognizes the importance of maintaining user anonymity when collecting data. “If we don’t do that, then all the exercises we are doing are going to be doomed.”

“But I think that the benefit of analyzing the data is bigger than the privacy problem,” he said.

“There are going to be biases, there’s going to be under-representation […] but it’s better to have something than nothing.”