US Army looks to blockchain to secure communications data 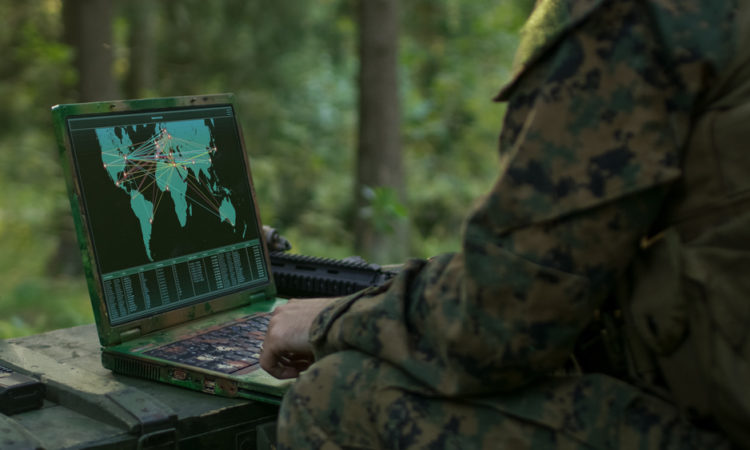 The US Army’s Space and Terrestrial Communications Directorate (S&TCD) is looking to blockchain to check breaches and cybersecurity issues in communications data.

As the US military increases the use of emerging tech in its operations, the number of data flow increases as well. The army wants to ensure that the flow of data through terrestrial and satellite networks is trustworthy.

According to the request for information, the army intends to have a machine learning-based service that tracks and blocks malicious structured and unstructured messages. It would track messages through the network from producer to consumer and will be able to automatically detect message modification.

The S&TCD plans to make use of machine learning (ML) and blockchain in processes like user authentication and sharing trust information.

The plan is to have blockchain consensus algorithms suited for disconnected, intermittent, and limited bandwidth environments. The authentication service will leverage ML, user/system data, and network threat history and status to develop trust measures for each user within a system or network.

“This authentication service should enable tracking of user trust values within the blockchain while allowing dynamic removal or addition of users to the blockchain during its lifecycle,” the document says.

It will deliver real-time and quantitative analytics upon the receipt of messages or data, while leveraging ML-based techniques on historical data to provide visual trust scores to the Warfighter.

The S&TCD is the US Army information technologies and integrated systems center. It is one of the ten organizations that make up the Combat Capabilities Development Command, a subordinate organization of the Army Futures Command.

Recently, South Korea has made material investments into this industry. The technology-prone nation has also launched a blockchain pilot project to upgrade business operations in the defense sector. The plan is for a blockchain platform to prevent illegal alteration of defense business data.

Also, the Russian military technology accelerator, ERA, launched a special scientific lab to identify the use of blockchain technology in identifying cyber-attacks and protecting critical infrastructure.

Militaries worldwide wants to leverage the super secure nature of blockchain technology in its communications.

As European Defence Matters says, “In the coming years, the defense research community is expected to search for new applications for the military based on blockchain technology with predominant candidate areas such as cyber defense, secure messaging, resilient communications, logistics support and the networking of the defense Internet of Things.”