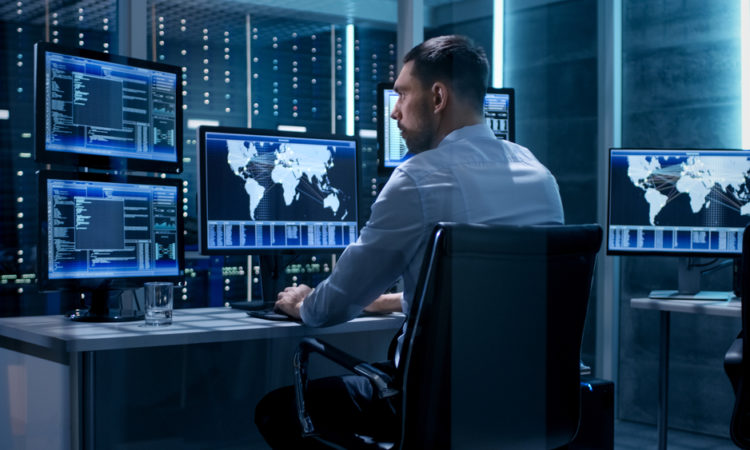 The defense and intelligence community funding arm, In-Q-Tel, partners with Boston-based Forge.AI to make sense of publicly available data for government use.

“Forge is listening to the ecoystem of news, social media, websites, blogs and whatever we can from around the world”

As an investor that supports the US defense and intelligence communities, In-Q-Tel (IQT) will look to Forge.AI to leverage publicly available, text-heavy content – such as news reports, social media, financial reports, SEC filings — in order to predict probable outcomes.

Former Associate Director of Military Affairs for the CIA, Lieutenant General John Mulholland, Ret, who led special operations task forces in both Operation Enduring Freedom and Operation Iraqi Freedom, will be joining Forge.AI’s board of advisors.

For the intelligence and defense communities Forge.AI will help them to better perceive and understand real-time changes in the world and predict the impact of those changes on key areas of interest.

Crowley tells The Sociable, “We’re really excited about the partnership with In-Q-Tel and the communities they represent.”

Essentially, what Forge.AI will provide to the defense and intelligence communities is a way of predicting the future — to a degree — through the contextualization of information and predicting probable outcomes.

“In many ways that’s what many of our customers are trying to do. In a probabilistic fashion they’re trying to identify how history might inform future outcomes in a more scientific and mathematical fashion,” says Crowley.

“80% of the world’s information is unstructured”

“Most of the world’s information is unstructured,” says Crowley, adding, “humans create content for humans, but as the machine learning ecosystem has started to evolve, one of the fascinating things is that it does very well with numbers and structured data, but unstructured data — which is 80% of world information — is a major challenge there.

“Forge is listening to that ecosystem in real-time — the ecoystem of news, of social, of websites, of blogs, of whatever we can from around the world — and we’re capturing that information.”

According to a statement by IQT Investment Partner Eugene Chiu, “They [Forge.AI] are in effect capturing and translating the unstructured global information into specialized data that fuels analytical and decision-making processes, resulting in meaningful knowledge and a predictive edge.”

Crowley adds that, “In real-time we transform it and enrich it with our own AI technologies to something we call ‘intelligent data feeds,’ or ‘enriched data structures’ that can feed directly into the machine learning algorithms.

“What that enables is that incredibly rich analytical systems can now perceive the change in the state, and the interest and the change in the world in real-time as it’s happening and can act upon it algorithmically just as easily as it would act upon structured data today.”

So, what Forge.AI will allow the defense and intelligence communities to do is “to model the world and to see the world in ways that they frankly just couldn’t before.”

“Because our interests are global, our analytical perspectives must be global as well”

Joining Forge.AI’s board of advisors is retired LTG Mulholland. He spent his final tour on active duty as the Associate Director of Military Affairs at the Central Intelligence Agency.

LTG Mulholland brings a deep understanding of the information and analytical challenges and opportunities that exist in the government and intelligence sectors to the board of advisors at Forge.AI.

“Every moment of every day, the US government and military tackles immense information challenges. Because our interests are global, our analytical perspectives must be global as well,” said LTG Mulholland, in statement.

“Having lived in this world for the entirety of my career, it is clear to me that AI-powered capabilities, like those that Forge.AI can deliver, will help ensure that the United States’ increasingly AI-driven information and analytical infrastructure is unparalleled across the globe.”

For his part, Crowley added that Mulholland, “has dedicated his career to our country and accomplished incredible things on behalf of all of us. His experience, perspective, and intellect are without peer and we are truly honored that he has agreed to serve on our advisory board.”

“Time is collapsing and everything needs to happen faster”

How did Forge.AI come to be such an important player to attract the attention of IQT barely two years after its founding in 2017?

Crowley explains that Forge.AI sits on the intersection of three major forces that has allowed the company to be in a unique position to help the defense and intelligence communities:

“In today’s world where we’re sitting at the epicenter of massive amounts of data that is continually available,” he begins.

“We’re sitting at the advent of a new type of intelligence coming to the world called machine learning and various forms of artificial intelligence.

“And we’re sitting at a point of intersection where time is collapsing and everything needs to happen faster,” he concludes.

“The intersection of those three forces is a fascinating spot, and that’s where Forge comes in,” says the CEO and co-founder.

And Crowley should know about finding innovation in the intersections of technologies, as that has been a major theme in his successful path as an entrepreneur where he has led several startups that would quickly be acquired or go public.

“The companies that I have been so fortunate to be a part of were all companies that were at the intersection of a larger technology movement when the larger business community was rallying around that technology,” he says modestly.