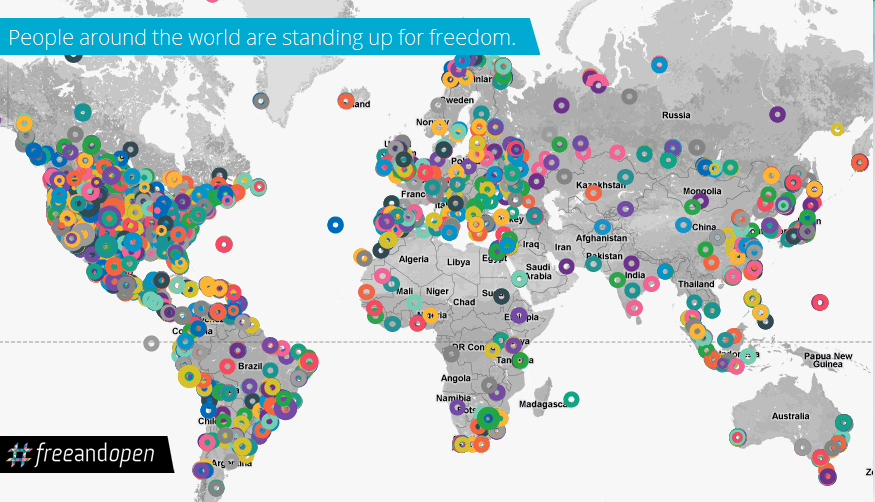 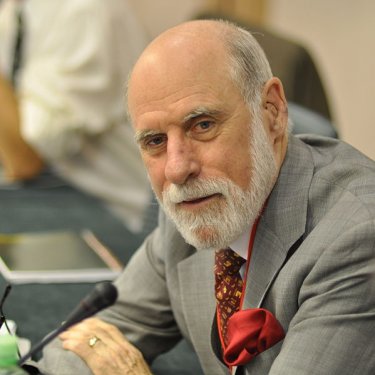 One of the Fathers of the Internet, Vint Cerf, is calling on web users to “raise their voices” in protest against a UN organisation which some say is attempting to challenge the independence of the Internet and leave its development in the hands of governments “accustomed to media control.”

In an email to users that have already signed an online petition Cerf asks that they encourage their family and friends to protest an attempt by the International Telecommunication Union (ITU) @ITU, an organ of the United Nations, to gain more control over the management of the Internet.

Cerf’s email comes as the ITU meets and nearly 2,000,000 people (at the time of writing) have added their voice to Google’s campaign.

Currently the Internet (as separate from the web) is managed by a number of organisations, chiefly ICANN (Internet Corporation for Assigned Names and Numbers).  ICANN operates under a multi-stakeholder model which gives governments, technical experts, NGOs, and corporations a say in the development and management of the Internet.

Google’s #freeandopen campaign says that this system will come under threat if the ITU is allowed to exercise more control over the Internet’s development.  Google says that should the Internet come under the ITU’s management Internet censorship could increase and innovation will be stifled.

The ITU contests Google’s campaign saying that the UN’s charters on free speech will guarantee the Internet remains free of such threats.

Vint Cerf is considered one of the Internet’s founding fathers, along with Bob Kahn.  Together they developed the TCP/IP protocol through which data is packaged and routed through the Internet.

Cerf’s message is significant not only because he is the chief Internet Evangelist at Google but because he a Commissioner for the Broadband Commission for Digital Development, an ITU body which has been developed to roll-out broadband technologies globally.  Formally, Cerf worked for ICANN, which he helped develop.

He warns that the outcome of the ITU’s closed-door meeting could include actions that would remove users’ right to anonymity online, move private sector management of web domains to the UN, and force companies to pay tolls to reach international users.  “Only governments have a vote at the ITU. This includes governments that do not support a free and open internet,” he writes, “engineers, companies, and people that build and use the web have no vote.”

Cerf says that about 20% of the countries in which Google operates have, at some point, filtered or blocked web content.  He goes on to say Google is not alone in protesting the ITU’s actions; some 1,000 corporations and 160 countries, including member states of the European Union, have raised concerns over the ITU’s movements.

Writing on CNN Cerf said, “Some [governments] are trying to use a closed-door meeting of The International Telecommunication Union that opens on December 3 in Dubai to further their repressive agendas. Accustomed to media control, these governments fear losing it to the open internet. They worry about the spread of unwanted ideas. They are angry that people might use the internet to criticize their governments.

“The ITU is bringing together regulators from around the world to renegotiate a decades-old treaty that was focused on basic telecommunications, not the internet. Some proposals leaked to the WICITLeaks website from participating states could permit governments to justify censorship of legitimate speech — or even justify cutting off internet access by reference to amendments to the International Telecommunications Regulations (ITRs).”

You’re one of the hundreds of thousands who have taken action in support of a free and open Internet.

I published my opinions on CNN.com last week explaining my concerns — and I am not alone. More than 1,000 organizations from 163 countries have raised concerns about this upcoming closed-door meeting in Dubai. They are joined by Internet users from just about every country around the world — take a look.

Please tell your friends and family around the world to join you and raise their voice:google.com/takeaction

Together, we can protect the free and open Internet. Let’s make our voices heard.