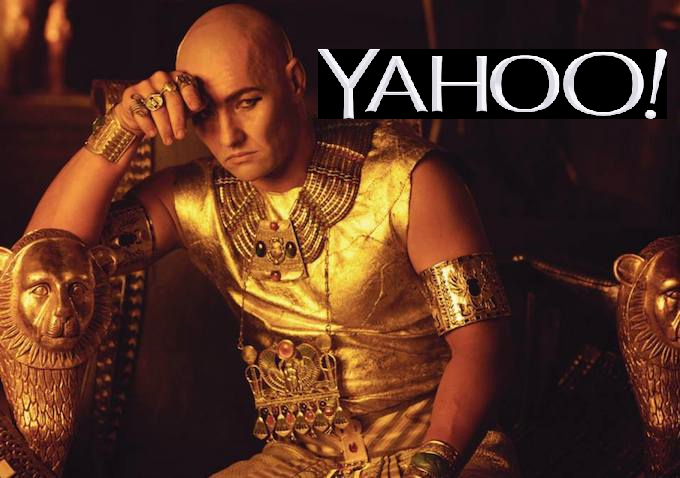 Yahoo discourages the exodus of users wishing to leave the emailing service by temporarily disabling its email forwarding to other accounts.

Like taking a page out of the book of Exodus, Yahoo is playing the role of the Pharaoh with the “hardened heart” that simply won’t let his people go.

Many users are finding it difficult to exit Yahoo and find their promised land where they are allegedly free from government surveillance after the tech giant took away the option to forward emails to rival services.

“This is all extremely suspicious timing,” Jason Danner told the Associated Press. Denner runs an IT business in Auckland, New Zealand, and is trying to quit Yahoo after 18 years with the email provider.

“This feature [email forwarding] is under development,” Yahoo states on its website. “While we work to improve it, we’ve temporarily disabled the ability to turn on Mail Forwarding for new forwarding addresses. If you’ve already enabled Mail Forwarding in the past, your email will continue to forward to the address you previously configured.”

For good or ill, competition among email service providers allows for users to choose which company works best for them, but what happens when competition is diminished and there aren’t any other choices?

If this is Yahoo’s desperate attempt to salvage users, imagine what a conglomeration of powerful businesses would do in similar circumstances when faced with the same dilemma of losing customers? What would happen if that mentality or “company culture” were to be applied in other areas of the tech industry where power is becoming increasingly more centralized?

Consolidation is already happening in the field of AI. Microsoft, Google, Facebook, IBM, and Amazon announced the Partnership on AI last month, which would establish themselves as the self-proclaimed moral and technological authority on the subject. Their findings would be presented to the public after their behind-closed-doors decisions have been made.

Their antithesis is Elon Musk’s Open Source platform, OpenAI, whose methods differ from those of the Partnership in that it encourages open discussion with the public, instead of so-called “open discussion” between industry leaders, policymakers, and stakeholders.

Yahoo’s response to the mass exodus of users was to shut down new requests for email forwarding to competing service providers, and that same type of vengeance could easily be replicated with more severe consequences should other companies band together to form partnerships and alliances like the Partnership on AI, for example.

The consolidation of tech companies could lead to more unchecked, Yahoo-like behavior

If the Partnership on AI were to secretly work hand-in-hand with the government, like Yahoo did, who could you turn to as an alternative if all the major companies acted like a giant trust?

There is a mad dash going on in the world of AI where the major tech giants are buying up AI startups like they were golden unicorns laying silicon eggs on a platinum platter.

According to CB Insights, “Nearly 140 private companies working to advance artificial intelligence technologies have been acquired since 2011, with over 40 acquisitions taking place in 2016 alone (as of 10/7/2016).”

When large companies begin to create alliances, competition is reduced. Yahoo is going the way of the Pharaoh, but what alternative will people have once technology is consolidated even further and control is even more centralized?

Those who do not subscribe to the centralized power will be left to wander in a desert of incompatibility, bereft of choice and devoid of options.

Who will be the Moses to provide the way out? Will open source prevail, or as companies grow and merge, will they behave more like the Pharaonic Yahoo — punishing those who wish to leave?