HomeTechnologyBringing Silicon Valley into Schools: How to Make Students Entrepreneurs of Their Own Education
Technology

Bringing Silicon Valley into Schools: How to Make Students Entrepreneurs of Their Own Education 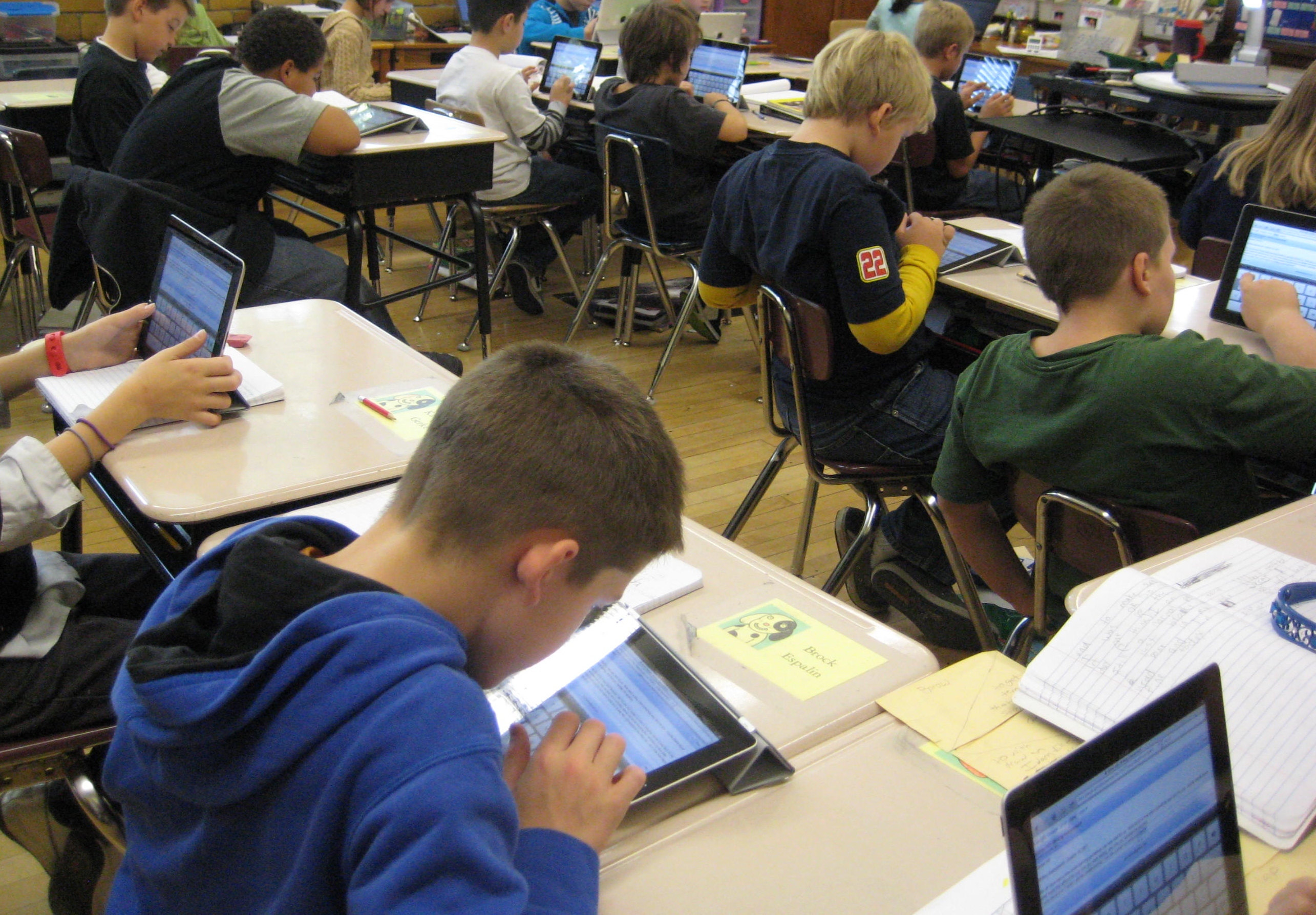 For decades, experts have called for a move away from the outdated ‘Factory model of education”, which was founded by industrialists in the 18th century, and designed to churn out generations of docile, obedient factory workers.

Taha Bawa is the CEO of Goodwall, the social network for high school students to tell their stories, discover opportunities, win scholarships, and get recognized by universities.

The current education system needs to prepare students for a much more modern job market. Silicon Valley, and other business hubs around the world are a far cry from factories, shipyards and coal mines. Rather than looking for simple cogs to fit their machines, forward-thinking companies like Google, Facebook and Twitter try to install an ‘entrepreneurial spirit’ in employees, encouraging them to ‘fail fast, fail often’ and use creative thinking to come up with amazing new ideas and improve efficiency.

However, many schools are failing to install the necessary skills needed to excel in the new global economy where innovation and creativity are valued much more than tight lipped obedience. While ‘fail fast, fail often’ is something which we are unlikely to hear from education leaders, there are lessons which students could learn from entrepreneurs.

In the U.S., startups and corporations often encourage innovation and creative thinking by developing an environment in which workers have the resources and power to think outside of the box and come up with ideas which can improve efficiency and workflow.

Rather than punishing employees for initiating projects which don’t succeed, many leading companies are actively encouraging experimentation, regardless of success.

Tech giant Google, for example, founded its external ‘Google X’ facility, where employees are rewarded for coming up with ideas, even if they fail. Adobe launched its ‘Kickbox’ campaign which offers employees $1,000, plus development tools, to drive innovation from within, which was soon adopted by Mastercard too. Managers differentiate between ‘good mistakes’ –ideas and projects which were launched with good intention, but didn’t come to fruition– and ‘bad mistakes’ which were based in inefficiency or negligence.

Many of the skills valued as part of the ‘entrepreneurial mindset’ could benefit students during school, college, and later life too, such as thinking creatively, taking control of their own learning, learning from mistakes, managing risk and uncertainty, and making do with limited resources.

However, in Europe, this mindset of accepting failure as long as it was well-intended has not taken hold in the business or education spheres. Petra Kammerevert, a member of the European parliament’s culture and education committee, argues that in the E.U, “much less attention is paid to the development of entrepreneurial competences, including financial literacy and soft skills such as critical thinking, problem solving, time management, creativity and opportunity recognition.

However, while politicians, business leaders, and policymakers acknowledge the urgent need for change, educators and student need to come onboard too.

Taking charge of their own education

Most schools in Europe have rigid curriculums which force students to study a number of compulsory subjects, with a limited choice of electives, and work towards set government decreed exam qualifications. Rather than encouraging students to take charge of their own studies, many schools harbor ‘top down’ authoritarian systems, which are entirely focused on passing standardized examinations. Not quite the hotbed of independent action and creative energy we see in Silicon Valley and further afield.

While the education system is modernizing in the majority of western countries–allowing teachers to bring technology into their lessons–many schools still force educators to teach from standardized textbooks.

In her book “Tyranny of the Textbook” Beverlee Jobrack argues that textbooks aren’t an effective teaching tool, and that research shows that with rare exceptions they do not help improve student performance.

Steve Denning from Forbes argues that “instead of measuring progress through top-down tests and bureaucracy, the education system must be linked dynamically to self-driven learning of the students themselves.

In the same way as Adobe and Mastercard provide ‘idea boxes’ to motivate creative thinking in employees, students need to use tools and find methods and exercises which really engage them and suit their learning style. Even if a subject which interests them isn’t available at school, there are a huge amount of free online courses and resources which they could lean on.

Modern students have a smorgasbord of technological tools at the tips of their fingers which could help their learning. From apps which allow them to practise languages with people on the other side of the world, brain training games to improve logical thinking and numeral skills, to 360° video which allows them to let their imaginations run free in other parts of the world and times long past. Students who take control of their own learning are far more likely to succeed.

Innovation in the classroom and at home

Experiential learning is growing in popularity in teaching circles, but only a number of early adopting countries such as Finland are giving teachers full control over the teaching methods they use. In Finland, the government still set compulsory classes, but teachers have the power to choose the activities they use to teach them. This could be a cooking class to teach weights and measurements in chemistry, to “wood mathematics” – where children are taught arithmetic by counting twigs or stones out in the nature.

By building independence through experiential learning, teachers can motivate kids to find ways of learning which are suited to their own style, character and needs. The nature of experiential learning is less organized, allowing each student to have a different experience, allowing young people to make ‘good mistakes’ and learn from the process. In the same ways as budding entrepreneurs need to learn to pick themselves up and start again, students need to take different routes and think independently to solve problems.

But truly effective learning needs to reach further than the classroom. Aside from ‘boosting’ their learning for their set curriculum, young people need to be encouraged to take part in extracurricular activities which can also teach them a range of useful life and business skills.

Top universities look at extracurricular activities as the point of differentiation for elite students. If everyone gets A+ across the board, then it is ‘outside activities’ which make students shine from the crowd. Students who choose to spend some of their precious free time taking part in organizations and clubs such as model U.N., debating club, school radio, robotics club or arts classes learn a whole new range of skills not available in the classroom, such as teamwork, effective communication, diplomacy, and the ability to fail with grace. All of which will hold them in good stead when they join the global workforce.

Activities which include group work and problem solving are active, rather than passive learning, and force students to organize themselves, and take charge without instruction, a key component of entrepreneurial spirit. The modern workforce is increasingly competitive, but employers across the board are starting to value a whole new skillset than required in generations past. While schools may have changed a lot since the 18th century, they are still heavily regulated and standardized. It is up to students to take advantage of all the technological resources and extra activities available to them if they want to stand out from the crowd and make themselves an attractive employee for future employers.