HomeWebHow to put out the fake news wildfire
Web

How to put out the fake news wildfire 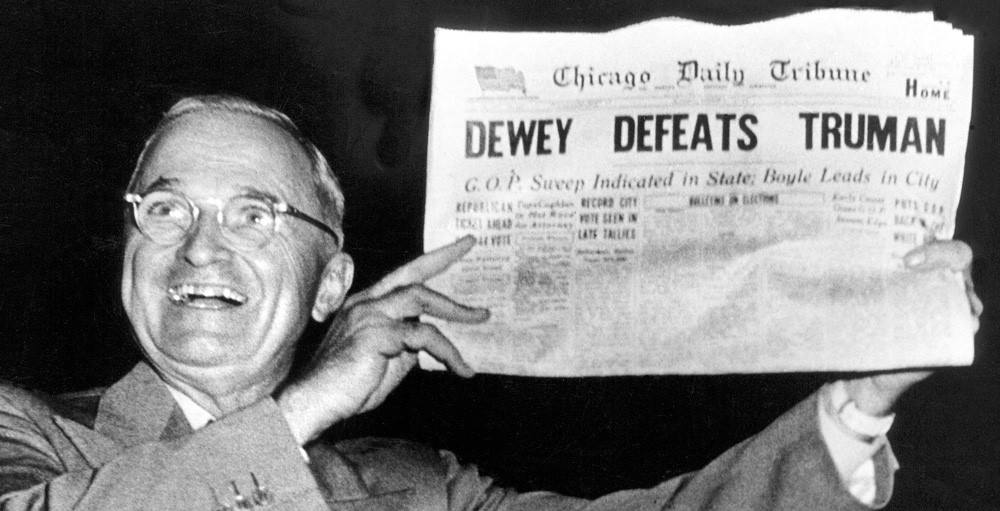 In a recent survey from Pew Research Center, two-thirds of Americans (67%) were found to use social media as a means for getting news.

This figure is up five percent from one year ago, and is mainly “driven by more substantial increases among Americans who are older, less educated, and nonwhite,” according to the survey.

Of the demographic responsible for the uptick, perhaps the most crucial to consider is the less-educated population.

Given that social media has proven to be a breeding ground for fake news, the recent survey findings have serious implications regarding the validity of news that is shared online. With a higher proportion of less-educated individuals accessing news through social media, it is very likely that the fake news epidemic will continue to linger, if not grow stronger.

Fortunately, tech giants like Facebook and Google have been working to develop techniques of putting out the wildfire that is fake news. In an effort to do so, Facebook has launched a series of updates to its platform, including a number of which use artificial intelligence and machine learning.

Of the changes, the company has rolled out a “disputed” flag that highlights stories that may be overly sensationalized or outright false. Additionally, the company has altered its algorithm to reduce the amount of articles that use exaggerated or withholding titles as clickbait.

Most recently, Facebook has added a “Related Articles” feature that intends to show users similar articles on a given topic, for them to determine their validity for themselves by having more available context. The company has also suggested that it will use enhanced machine learning to detect potential hoaxes which they will then send to third-party fact checkers.

Other efforts in the war against fake news include the Fake News Challenge, which was developed with the intent to openly build and share fake news detection algorithms. This challenged required teams to develop software that, using deep learning, could determine whether a pair of articles was on the same topic and whether or not they agreed or disagreed.

However, despite businesses’ attempts at developing technology to tackle the issue of fake news, the truth is that it ultimately remains a human problem.

According to Jay Rosen, a professor of journalism at New York University, “I think there’s a chance to algorithmically identify things that are more likely than not to be ‘fake news,’ but they will always work best in combination with a person with a sharp eye.”

Fake news has been around long before Facebook came to be, though previously under a different name: yellow journalism.

In fact, yellow journalism is often cited as one of the reasons for the United States’ entry into the Spanish-American War. So, in a throwback to the non-digital age, here are some tips to take on the personal responsibility of fighting fake news.

Seek out reliable and trusted sources

If the article you are reading is from a publication that you do not recognize, do not blindly trust it. Do some research on the publisher and the author, and search for similar stories on more widely-known publications.

On social media, opt to follow publications that are known for high-quality journalism so that you can access the information directly from them — rather than from a secondary news source.

Read beyond the headline

In a recent study, it was found that 59% of links shared on social media are not even clicked on. This implies that the sharing is done based on the headline itself, not necessarily the content of the article.

It’s obvious if you have read this far, you are likely not the kind to share without reading. With that being said, let this serve as a reminder not to let laziness get the best of you. Take a moment to read, or dare I say, learn.

Find the source, and go to it

Respectable journalism will provide a link to the source that was used to support the claims of the article. Find the link, and click it. Read from the original source to determine the an article’s authenticity.

Often, articles will leave out critical context or clarifying information that alters the true implications of the topic at hand. A little bit of background research will go a long way in determining a story’s authenticity and reliability.

If the news is something important, it should be found on a number of other sites as well. Find related articles on the same topic, and read them for corroboration. If the facts do not align, or if the angles of the stories are wildly different, be wary of the article’s validity.

As mentioned previously, Facebook has been working on a feature to automate this process, but it should go without saying that validating a story’s authenticity is ultimately a personal responsibility. Other sites, especially those which are well-respected, can serve as a good baseline for determining authenticity.

Various companies have made it their business to distinguish between the real and the fake on your behalf. Take advantage of their services. Politifact, FactCheck.org, Washington Post’s Fact Checker, and Snopes.com are among those that can help you validate a story — from a political rumor to the latest “cure” for cancer.

These services are ultimately best used when coupled with independent research and other strategies mentioned in this article.

Use your own judgment

In a world where information is so widely accessible online, it is often easy to forgo using your own judgment and rely on a quick Google search. While Google’s service is incredibly valuable, do not forgo entirely using your own analytical capabilities.

If a story seems too outlandish or far-fetched, think twice. Many fake news articles intend to engage readers emotionally and force them to act upon that emotion. Do not fall victim easily to these tactics. Read with a critical eye and avoid blind trust.