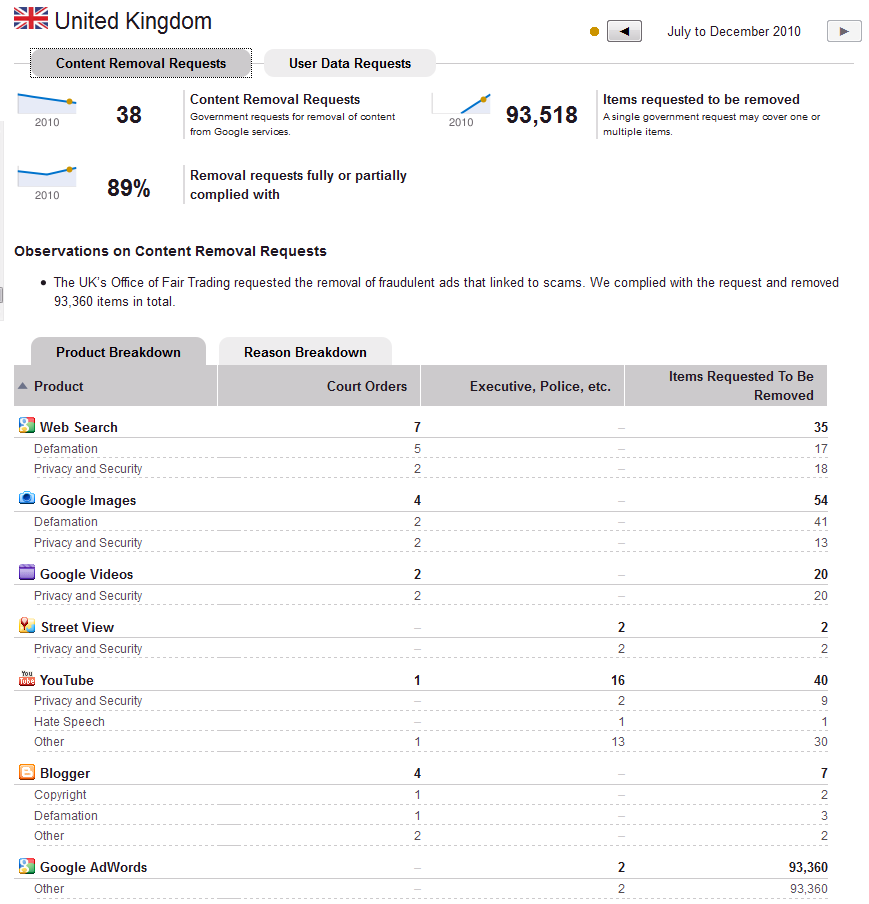 The British Government made 38 separate requests to Google for the removal of data from the search giant’s index and 1,162 requests for access to user data, the company announced today.

Google’s Transparency Report site details the number and type of requests Google receives from world governments asking for the removal of data.  Google says, “Google regularly receives requests from government agencies and federal courts around the world to remove content from our services and hand over user data. Our Government Requests tool discloses the number of requests we receive from each government in six-month periods with certain limitations.”

Google says it receives requests for the removal of data for a number of reasons,

“Some content removals are requested due to allegations of defamation, while others are due to allegations that the content violates local laws prohibiting hate speech or pornography. Laws surrounding these issues vary by geographic region, and the requests reflect the legal context of a given jurisdiction. We hope this tool will be helpful in discussions about the appropriate scope and authority of government requests.”

Data from these requests were removed after requests were made from the national courts and national police services.  These were made on the grounds of defamation, privacy and security, hate speech, copyright infringement, and for undisclosed reasons.

The Irish Government made no requests to Google for the removal of data during this period, this is down from about 10 requests in the same period in 2009. Separate freedom of information request by this site to Ireland’s Department of Communications and Department of Justice failed to reveal the details of the requests;  Neither department claimed to hold such records.