Ireland’s President on the country’s diaspora, the importance of its youth and new thinking 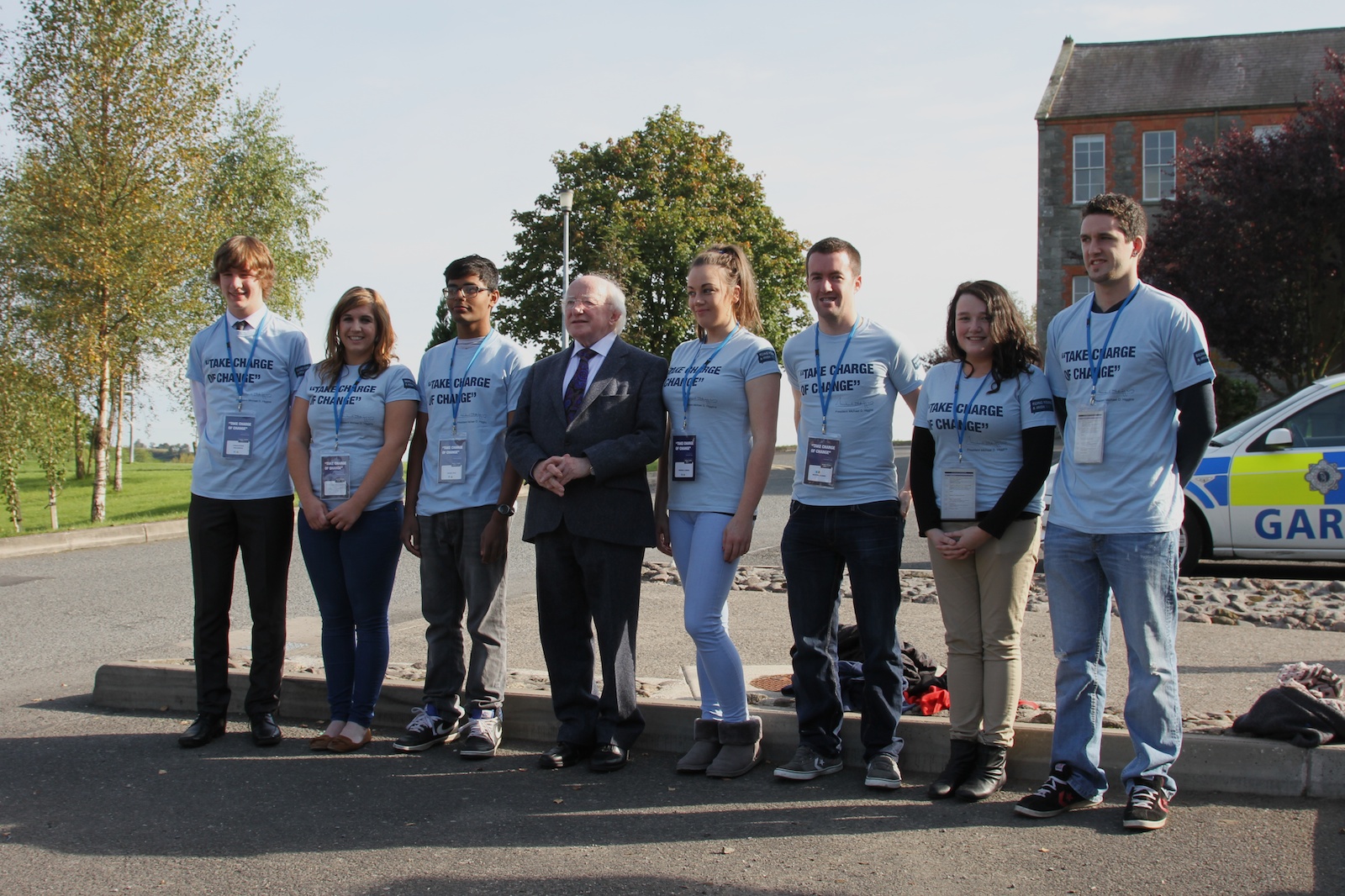 “Take charge of change”, a message firmly driven home by the President of Ireland at last weekend’s Being Young and Irish northern workshop, the penultimate seminar in a series of four that encourages Ireland’s youth to become proactive in securing their vision of the country’s future.

One hundred young people from various parts of Ulster assembled in Monaghan and listened attentively as the Irish President, Michael D. Higgins, delivered an impassioned speech, iterating the values he places on Ireland’s youth, and Irish youth abroad, and the important role they can play in shaping Ireland’s future. 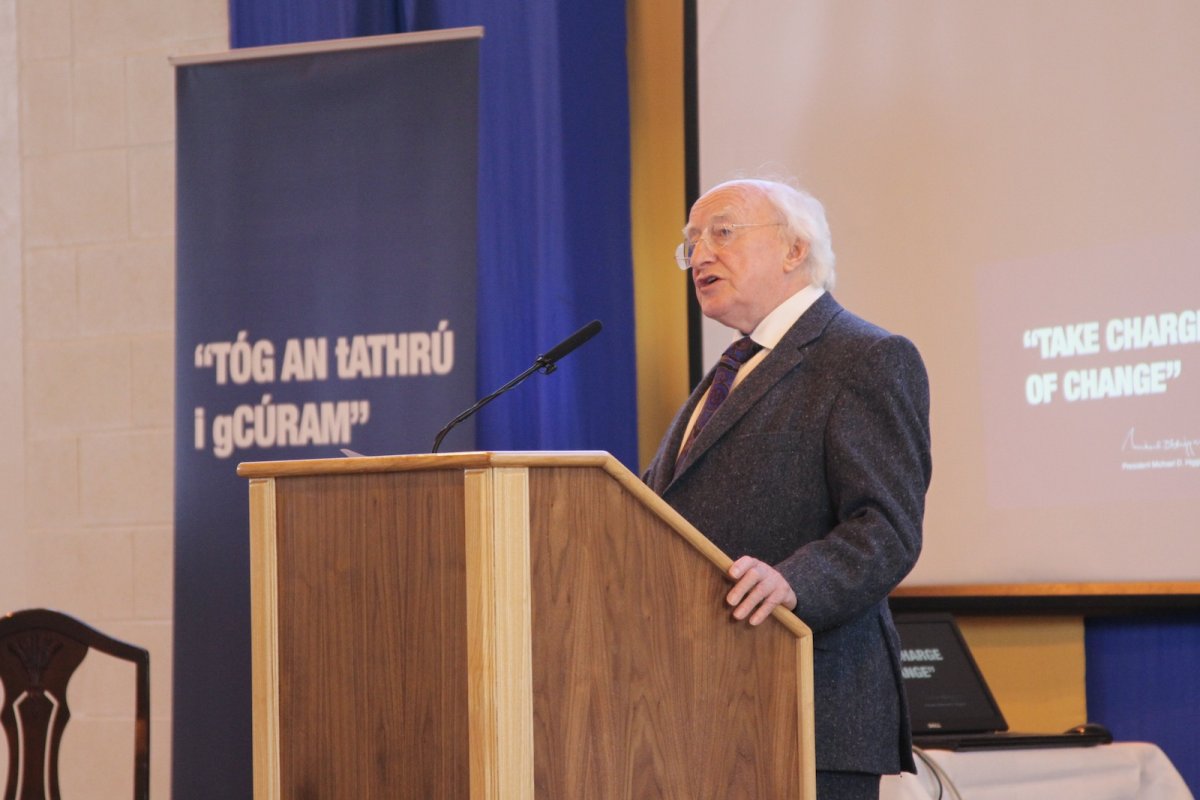 President Higgins speaking at the #youngandirish regional workshop in Monaghan

In a short question and answer session after the President’s address, he spoke of the importance of technology in helping prevent disconnect between Ireland’s recent emigrant population and their families at home.

IrishCentral’s Paddy Duffy asked the President if he thought there was a difference in yearning or tone between the Irish at home and the country’s new diaspora, and perhaps if the attitudes of the two towards their country’s future varied as a result of this disposition?

“If you take the people that have most recently went abroad, I think that they are not sufficiently long gone to have established significant differences between themselves and people at home.

“Another difference that is arising is of course how the technology has changed. My own nephews in Australia are talking to their brothers on Skype. They haven’t disconnected.

“The technology is keeping people in touch.”

I asked the President of the importance that technology and social media brought to the Being Young and Irish initiative?

“In the organisation of the consultation there was a very deliberate attempt to use all of the different new inlets [social media]. As people are discussing the different regional conferences they’ve been doing that on the new technology and it’s very, very welcome”.

Why Ireland’s youth are so important

From listening to any of the President’s recent speeches it’s clear that he places a lot of trust and belief in young people. I asked to President to elaborate on this; why are young people so important in shaping Ireland’s future? He quipped, “they’re going to be longer around!”

The President then spoke of the recession and failed practices of old. He stated that old, failed teachings were no longer relevant and that the institutional thinking had to change,

“How can you teach the old thing that had failed?

“The institutions can’t speak to this generation in a way they may have spoken to others.

Continuing on the theme of youth and why the President is focussing on this demographic, the President praised young people’s ability to inherently “think intergenerationally”.

“I was never asked by a young person in the campaign [Presidential campaign] or since I became President for anything that was at the cost of an older person. They just wanted a better Ireland for everybody and that’s the vision that young people have.”

The fourth and final Being Young and Irish workshop will take place this weekend in Galway. A research team from the Dublin Institute of Technology will then collate all the findings from both the regional workshops and the submissions made online into a research report, which the President will take to various government departments in November.

How will the audit of Facebook’s privacy settings change the site for you?