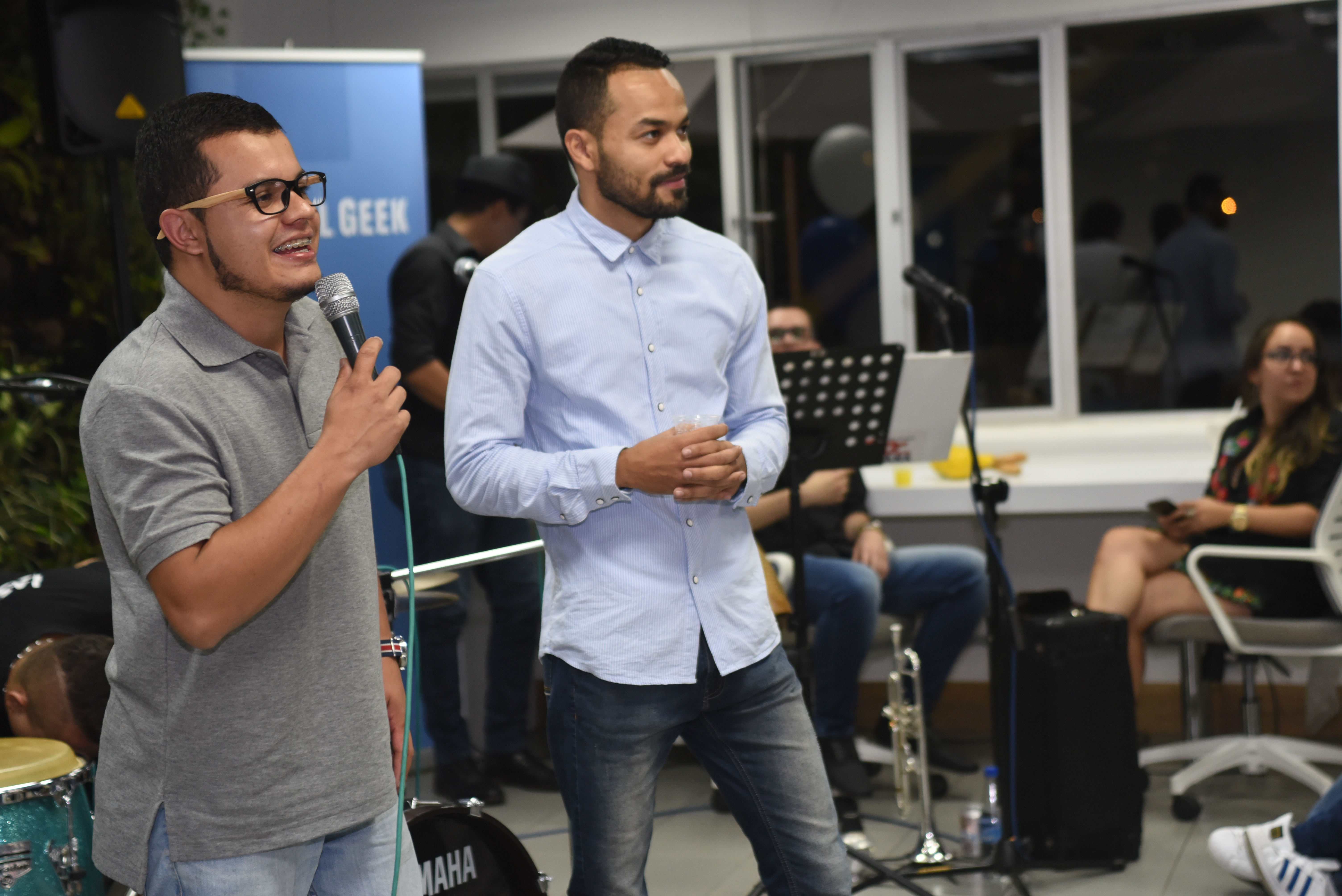 In five years Social Geek went from being an unknown blog to one of the most-read tech publications in the Spanish language while surpassing 600,000 social media followers.

“What began as a great passion, today, five years later, continues to move us and keeps us in force,” said editor Sergio Ramos, adding, “[it’s been] five years of telling good technology stories and five years in which we have won the hearts of many readers, technology lovers, and fans of today’s technology.”

Celebrating at the ESPACIO incubator in the heart of Medellin, Colombia on Thursday, Ramos and Founder Johnnie Nieto expressed their love of all things geeky and thanked their loyal followers for all the tremendous support throughout the years.

Since its inception, Social Geek set out to fill a much needed gap in tech news for a Latino audience, and envisioned itself as the TechCrunch of the Spanish-speaking world.

With free beer flowing, exotic fruits impaled upon elegant spikes, and humble hor d’oeuvres splattered across crunchy crostinis, the fiesta extended well into the night before attendees filtered out into the hopping night scene of the City of Eternal Spring’s El Poblado neighborhood.

“Without a doubt what is most rewarding is to have consolidated a large community of people who share a taste for technology and its various branches including the ‘geek’ public,” said Ramos.

Historically, Social Geek focused on consumer tech and innovation and has done its best to promote startups in Colombia and other Latin American countries.

The publication was acquired by ESPACIO two years ago with the goal of expanding its coverage in order to propel the Latin American startup ecosystem.