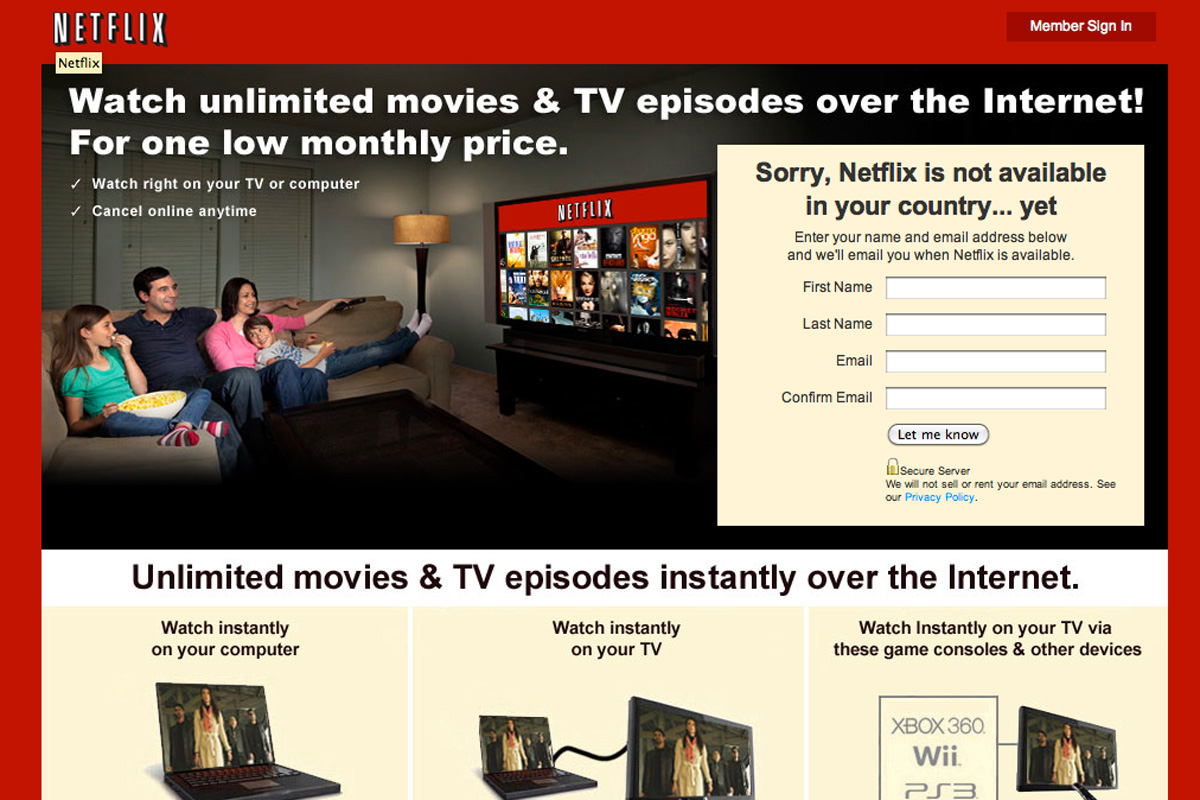 Netflix is expected to launch in the UK and Ireland early next year
2.31Kviews

On-demand internet video streaming service Netflix has plans to expand to Europe, according to a Variety report. Variety quote “leading European film distributors” confirming Netflix’s plans to introduce its service in both Spain and the UK as early as spring 2012.

Netflix recently announced plans to launch in 43 countries across Latin American and the Caribbean, with no mention of a European-style invasion. Netflix currently only operate in north America, with a streaming-only service launched in Canada last year; the service opting to reserve its DVD-by-mail business to US customers only. It’s expected that all new markets will receive similar streaming-only services as Canada.

Content offered within Netflix’s planned markets will be available in English, Spanish and Portuguese.

Competition for Netflix in Europe will be tough as Amazon’s Lovefilm on-demand service is already well established in the UK, and DVD piracy is rampant throughout Spain. Remaining tight-lipped over a possible European expansion may be part of Netflix’s competition offensive.

Cloud-bound rebound: GoDaddy to migrate majority of infrastructure to AWS