HomeWebThere is a Mozilla App store for that
Web 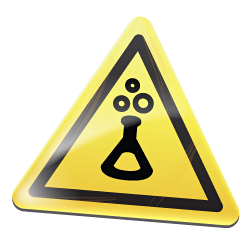 Mozilla, the makers of Firefox, have released specifications for an open app store standard in the hopes to combat Apple’s domination of the lucrative apps market.

Their release follows Opera’s calls on Monday for an open browser addon standard – you can read our report on that here.

Writing on their Labs blog Mozilla’s specifications aim to standardise user app compatibility across different platforms and browsers. So, according to the document apps written for platforms as varied as Firefox 3.6 and later, Firefox for mobile, Internet Explorer 8, Chrome 6, Safari 5, Opera 10 and WebKit mobile will be compatible with one another.

Mozilla’s proposed system aims to overcome some of the shortcomings identified by Steve Jobs this week with Android’s app store. Speaking at Apple’s quarterly earnings call Jobs accused Google of sacrificing compatibility and usability for ‘openness.’ Jobs said “TweetDeck recently launched their app for Android. They reported that they had to contend with more than a hundred different versions of Android software on 244 different handsets. The multiple hardware and software iterations present developers with a daunting challenge. Many Android apps work only on selected Android handsets, running selected Android versions. And this is for handsets that have been shipped less than 12 months ago. Compare this with iPhone, where there are two versions of the software, the current and the most recent predecessor, to test against.”

Mozilla’s system will get around this by creating a common standard of creating and designing web apps, on their blog Mozilla said “Today, we are releasing technical documentation of the proposed system and a developer preview prototype that allows you to install, manage and launch Web apps in any modern desktop or mobile browser.”

What this means for users is that when they purchase an app on one platform (say Firefox) they will be able to use it on another (say Chrome 6). They means less expense for users and easier development cycles for designers.