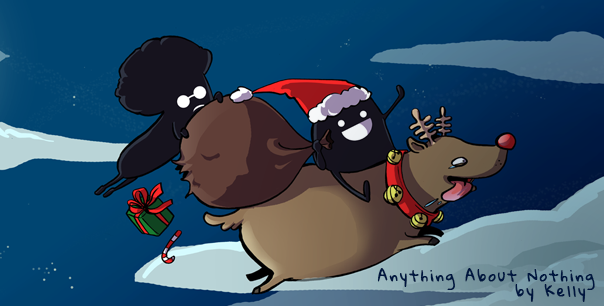 In 2008, despite an unrivaled dominance over the global internet search scene, Google had barely managed to get a foot in the door to Korea’s online industry. The tech giant made its arrival in Korea’s blogging space, through the purchase of TNC (Tatter and Company), a company founded by Chang Kim.

Kim had previously developed mobile web strategies at Samsung, working with leading wireless carriers and content providers. As the founder and co-organizer of Open Web ’08 he had also been active in drawing global attention to Asia’s web innovations. Through founding TNC, Kim then went on to develop a successful blogging platform, with advanced technologies, years ahead of its competitors.

Comscore statistics reveal that with just 1.7 million monthly Korean visitors (July, 2008) Google had barely penetrated the country’s Internet scene, which was reportedly the ninth highest globally according to Internet World Stats. Google’s blogging platform, Blogger, today boasts over half a billion active users, according to Quora statistics, but at the time it had failed as a major contender in Korea’s blogging scene.

“We’ve been Googled,” announced Chang Kim on his personal blog. He described Google’s market share in Korea at the time as “minor,” with Korean Web users defaulting to leading search portals Naver and Daum. Through the acquisition of TNC, Google established a foothold that it had previously been unable to attain. TNC’s blog software Textcube surpassed all alternatives, with integrated social networking features that Google looked to transport to Blogger.

Kim moved to San Francisco and begun to work his magic on Blogger in his new product role, redesigning the user experience. In 2011 Kim announced the makeover – having rewritten the entire editing and management experience from scratch – creating a faster, more versatile tool. The new interface included improved navigations and audience analytics, amongst other features.

The Start of A Revolution

In 2012 Chang turned his attention to the world of comics. This industry has in recent years experienced a boom in sales, in part through the ongoing growth of graphic novels, complimented by digital expansion and an ever-growing readership.

Many claim that a rise of movie adaptations in recent years has drawn increasing attention to comics. In 2014 there were a total of 12 comic book movies reaching the big screen and Marvel became the most successful movie franchise, surpassing Harry Potter.

Capitalizing on this emerging industry growth, Kim founded Tapas Media and developed Tapastic, an online publishing platform and community. Kim started Tapastic with the mission to provide comic fans with innovative bite-sized comics, while offering fair incomings to the artists who have put in the hard work.

Today Tapastic is the largest online comic community. The platform enables independent artists to promote, and monetize their comics to a wider audience. Tapas Media has become heavily influential in the exposure of pirate apps that they report contribute to an annual loss of $2 billion each year in wages, while actively promoting the artist’s right to ownership over their digital content.

Kim ensures that not only does Tapas Media foster a culture of creativity and diversity, but that these values are prominent within the company. In traditional comic publications, female employees are a 10% minority. At Tapastic female creators represent 63% of its top 30 comics. They home works that deviate from the traditional superhero storyline, bringing racial and gender diversity to the world of comics.

Spike Trotman, creator of webcomic in Templar, Arizona describes this new evolution, “Diversity of every sort – racial diversity, gender diversity, acknowledging minority sexualities — is experiencing an explosion of recognition and representation in comics.”

The traditional comic narrative has indeed developed in accordance with growing global awareness and societal values. 2014 has been recognized as the year that feminism conquered comic book culture. A number of strong female roles emerged, including She-Hulk – balancing her day-job as an attorney, with her superhero callings, and of course, her green skin.

As the comic industry evolves to meet the needs of a diverse and growing audience, Kim is poised to open the door for artists that celebrate innovation.

Tapas Media’s latest partnership with KakaoPage of Korea, marks a milestone in Kim’s efforts to share Korean tech trends with a US market. After introducing the American giants to the online blogging content sphere, he now looks to bring his expertise in bite-size trends to the other side of the Pacific.