Here are the winners of the Central European Startup Awards 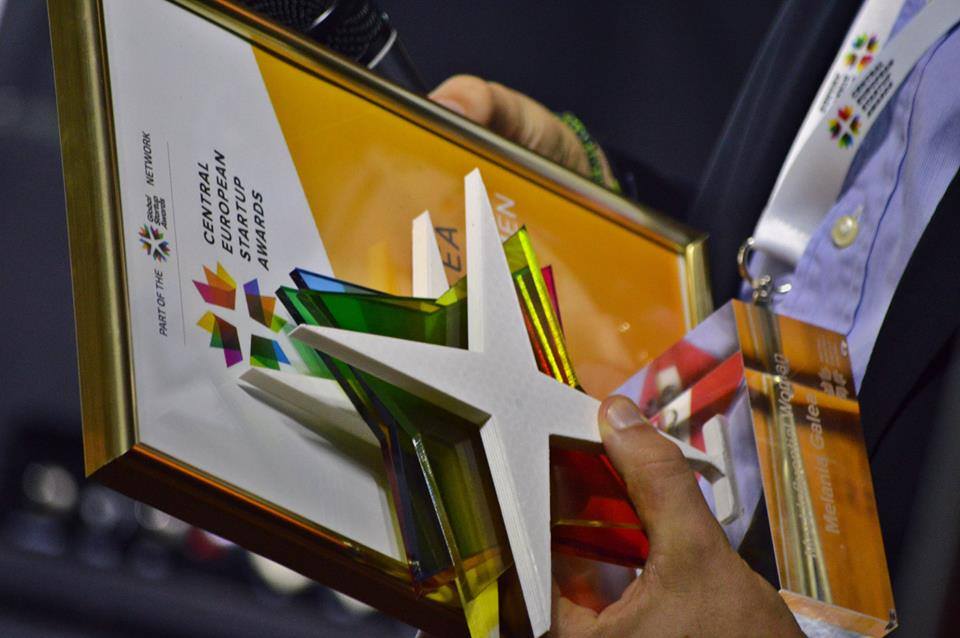 Thousands of nominations have been narrowed down to 1,400 applications, and from there over 100 national winners were selected. And we now give you the final 13 regional winners for Central Europe.

The Central European Startup Awards, regional franchise of the Global Startup Awards, have brought 15,000 international votes and an international jury to bear on deciding the winners of the 2017 Grand Finale, hosted in Sofia and organised by ABLE Bulgaria. The awards ceremony, sandwiched between the workshops of the CEE Ecosystem Summit and the afterparty, introduced the regional winners in 12 categories plus one category dedicated to the startup with the highest amount of public voting.

Beyond the gongs on offer during the ceremony, the startups involved will have the opportunity to mingle and network, continuing the commitment of the annual proceedings to showcase, integrate and generally foster the region’s tech ecosystem. Sofia undertook the role of host from the previous three host-cities – Budapest, Vienna and Ljubljana respectively – and will see the winners granted trophies, services, tickets and the opportunity to compete with other region’s selected winners in the Global Grand Finale in Tianjin, China, in 2018.

And with that, we give you the regional winners:

At ABC Accelerator, startups get lectures on various topics from pitching to business development and sales four days per week. ABC is strategically connected to large, multinational enterprises like IBM, Microsoft, Cisco, Oracle and BMW and supported by Harvard and Berkeley Universities.

Founded in 2012, the first LAUNCHub fund of €9M, was actively investing until the end of 2015 and has been deployed in pre-seed tickets up to €200K. The former fund backed 62 startups which have attracted more than €20M in follow-up funding. They are currently investing with a ticket that normally ranges between €300K and €700K but they are ready to invest up to €1.5 million in the right startup.

Puzl CowOrKing areas are designed around the IT community needs – a hybrid between co-working, event and chill spaces. Laced with the social buzz of a neighbourhood and designed with the digital folk in mind. They opened their doors in 2015, and since then over 400 people have joined to their community. They have been expanding since and have plans to open several new offices across the CEE region.

SoWat is a portable water purification system that turns any source of fresh water into clean drinking water, using a mechanical process with no chemicals. One SoWat system can produce enough daily water for 5,000 people, at a monthly cost of just €0.05 per person.

Bitpanda’s mission is to make it easy for everyone to instantly access the world of digital currencies and assets with the highest security standards in the industry by connecting the new digital financial world with the old economy.

Bee Smart is a remote diagnostic and monitoring station for any bee hive. The software is based on proprietary bio-based AI algorithms that translates the collected data into actionable statistics and notifications on an intuitive dashboard.

Sara Koslinska is a CEO of FinTech company Limitless, a micro investment app for financial institutions willing to engage Millennials. Previously she gained international experience working for startups and ran her own B2B ventures.

Billon can securely convert traditional cash into digital money. Digitised funds can be transferred by P2P or B2B without any third parties charging fees. Transferred money can be kept as digital money or converted back to paper cash.

The Winner of Startup of the Year, Best AI Startup AND Best Biotech Startup

Turbine.AI takes trial and error experiment out of the laboratories and moves it onto their servers that can run millions of experiments in a matter of minutes. Their services help deliver effective treatments to cancer patients faster by combining the most accurate model of human cells with tumor-specific data.

Many of the exclusive partners, national winners and country partners from all the participating countries joined the event, as well as the juries and ambassadors and some global influencers, just like Max Kelly (MD of Techstars), Cristobal Alonso (CEO of Startup Wise Guys), Tanya Soman (Venture Partner at 500 Startups), Till Ohrmann (CEO / Co-Founder of PIRATE.Global and Startup Safari), Matteo Penzo (Executive Technology Director at frog, Founder & CEO of Frontiers Conferences, Co-Founder of Talent Garden), George Northcott (Co-Founder & Head of Business Development at Founders Factory), Hussein Kanji (Partner at Hoxton Ventures), Eddie Arrieta (President and Partner at Publicize, Co-Founder of ESPACIO).

This story originally appeared on 150sec.

Storiad: a new digital chapter for the book industry