Chinese blockchain chickens and a cricket farm to feed the world 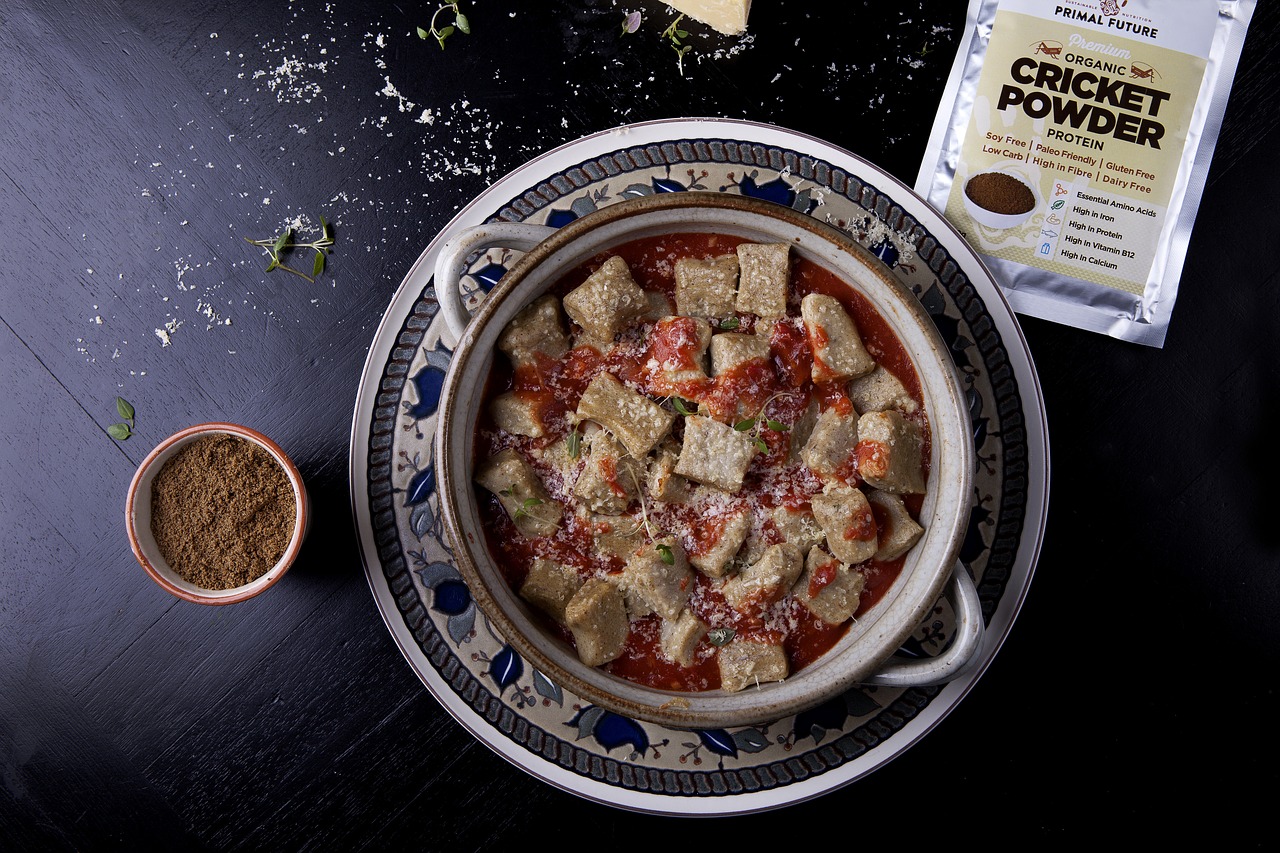 If you frequently visit a supermarket and have noticed a slow but steady incline on your shopping bill for the exact same products, no! you are probably not going crazy, this is just the harsh reality that food prices are going up, continuously.

Moreover, across the US, the level of households considered “food insecure” shows no signs of change anytime soon, and in other western countries, such as the UK, more and more people are turning to food banks.

One of the reasons why food prices are rising is simply because people around the world are eating more meat. As the world’s population becomes more affluent, the demand for meat also increases. As a result, it takes more grain to feed the animals needed for meat-based meals than is needed for grain-based meals. Consequently, a higher demand for meat also results in a higher demand for grain, pushing the prices up. Moreover, this rise in demand is likely to amplify the other issues within the industry, such as the psychological damage experienced by those who work in slaughterhouses.

This is a problem, which has not gone unnoticed by the startup community. A number of bright minds from around the world are looking at the problem, devising new methods to produce foods, allowing us to extract the resource we need from our planet using more efficient and sustainable means.

Though it may sound strange, even insects such as crickets are predicted to become a popular alternative to traditional meats, with some websites such as IFLScience suggesting that we may all be eating insects in 50 years.

One startup that sees insects as the future of food is Aspire Food Group out of Austin, Texas. The ambitious startup is the product of Gabe Mott, Shobhita Soor and Mohammed Ashour who hope to build a commercial-scale cricket farm using robots and data. The idea has been met with a lot of optimism and the team won the $1 million Hult Prize, the largest student competition for social good, in 2013.

However, they face numerous challenges with their idea, most notably the novelty of it. The company will have to explore how they can feasibly produce a farm this large, and the problems associated with it.

“There were a few articles out there with a good framework for how insects respond to various conditions, but they didn’t have scale in these experiments. They couldn’t do things in the volume that we could do it,” says Mott, according to Discover Magazine. “We had to accept that, and we had to walk away from everything in the scientific literature.”

Producing the appropriate environment for crickets on such a large scale might seeming challenging at first, however, if successful, the benefits could be huge. Pound for pound, crickets, and edible insects in general, produce the highest ROI for food, from the planet’s resources. For example, crickets need just 1.5 pounds of feed for every pound of edible cricket product made.

On the other side of the world in China, blockchain technology has now entered the farming industry, utilizing facial recognition… on chickens. That’s right, Chinese insurance tech company ZhongAn Online is using blockchain technology that will enable customers to use facial-recognition technology to track organically farmed chickens they’ve pre-purchased. They will also be able to monitor their birds’ movements in real-time using GPS tracking bracelets attached to birds’ legs.

“Each of our chickens wears an anklet since birth, which is an IoT [internet of things] device that connects wirelessly to our blockchain-based network and sends real-time data about the bird’s whereabouts, and how much exercise it gets every day, ” Chen Wei, chief executive officer for ZhongAn Tech, told the South China Morning Post in Hong Kong.

Though this technology might not be centered around sustainability, the technology in use clearly has benefits for tracking and monitoring food production, from start to finish. This can potentially be used to obtain more data and greater insight, allowing for a more knowledgeable and sustainable farming industry.

We currently face a daunting task of finding a solution to our growing population, on a planet with limited resources. As the population continues to grow, along with our appetite for meat-based food, we must continue to innovate, creating new methods to extract more from the earth using more sustainable means.