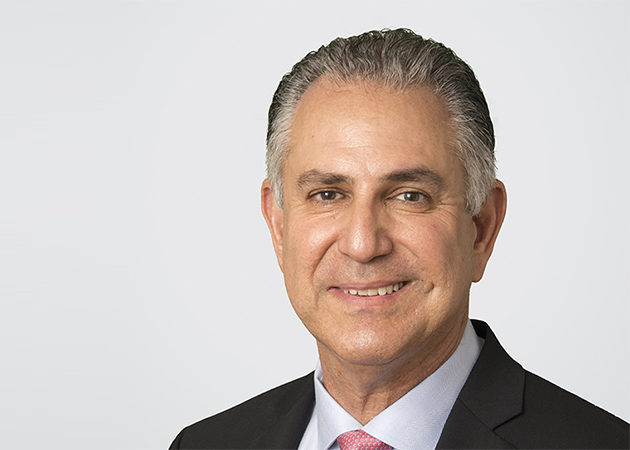 Free trade in its current form has not produced tangible benefits for a large segment of the working population in the United States, says a former official, who believes President Joe Biden needs to walk a fine line between economic globalization and national development.

“It’s probably an accurate assessment to say that recent globalization and free trade policies have not really paid off for the average worker,” Francisco J. Sanchez, undersecretary of commerce for international trade under President Barack Obama, told The Sociable in an exclusive interview.

As undersecretary and one of the architects of Obama’s National Export Initiative, Sánchez led the International Trade Administration’s efforts to improve the global business environment by promoting and protecting the competitiveness of American businesses.

If the U.S. government wants to maintain free trade, he says, it should ask itself how it can recalibrate policies to deliver broader benefits to a greater spectrum of the working class.

“I think where Biden is trying to find that balance is to have some policies that have the focus on the American worker, not just multinational corporations. That balance is still evolving in the Biden administration,” added Sánchez, a Partner in the law firm of Holland & Knight where he co-lead the International Trade Practice.

Biden has downplayed expectations for new trade deals early in his term, saying that he wants to first bring the coronavirus pandemic under control and make large-scale investments in U.S. industries like energy, artificial intelligence, and biotech to boost the country’s competitiveness.

“I’m not going to enter any new trade agreement with anybody until we have made major investments here at home and in our workers,” he said in a New York Times interview as a then president-elect.

While Biden has advocated a worker-centric trade policy, he has signaled a departure from Trump’s “America First” agenda by promising to re-engage with allies and pursuing multilateral diplomacy.

Sánchez says it remains to be seen how the Biden administration will zero in on investments at home without letting it obscure the importance of international trade to the U.S. economy.

The former official, who also served in the White House as a special assistant to President Bill Clinton, said China is going to take up a lot of space in Biden’s foreign policy.

“The relationship between the United States and China is probably the most important diplomatic relationship in the world today, and it’s a pretty complicated relationship where we are economic competitors and geopolitical adversaries.”

Sánchez says Washington and Beijing have to collaborate on a range of issues despite their differences. “I don’t think that the previous administration found the right mix in trying to manage that complicated relationship.”

U.S.-China relations have nosedived to their lowest point in decades in recent years as the Asian superpower’s global influence has rapidly expanded.

During Trump’s presidency, the world’s two largest economies levied tariffs on billions of dollars’ worth of goods. The fact that the previous U.S. administration blamed the COVID-19 pandemic on Beijing as well as the trading of human rights accusations fanned the flames of tensions.

The U.S. stance toward China has not shifted drastically under the new administration, with Biden having made Beijing a top priority, portraying the challenges posed by it as an existential threat to America, and injecting warnings about the country into major speeches.

“We’re in competition with China and other countries to win the 21st century. We’re at a great inflection point in history,” Biden said in a recent speech. Since he took office in January, officials from both sides have held one high-level meeting in person in Alaska about strategic issues.

In late May, U.S. Trade Representative Katherine Tai and Chinese Vice Premier Liu He held “candid, pragmatic” virtual talks ahead of the expiry of the Phase 1 trade deal signed by Trump and his counterpart Xi Jinping last year, which signaled a limited truce in the protracted trade war.

“Secretary Yellen discussed the… administration’s plans to support a continued strong economic recovery and the importance of cooperating on areas that are in U.S. interests, while at the same time frankly tackling issues of concern,” the U.S. Treasury Department said in a brief statement.

Sánchez considers it a good sign and a smart move that Biden sent U.S. Secretary of State Antony Blinken to meet with Chinese diplomats early in his term while making it clear at the same time that “just because he’s doing that, it doesn’t mean he’s going to go easy on them on trade issues.”

“I think that’s as it should be because the Chinese have not necessarily played by the same rules that the United States and many Western nations have played by. And so when you have an economy that is as big as China’s and they play by different rules, it’s going to require that we reassess how we function in the world of trade.”

The ex-undersecretary of commerce does not expect a massive change from the previous administration to Biden when it comes to trade with China and argues that tensions between the two countries were going to be there no matter who was president.

On trade ties between the U.S. and the European Union, Sánchez said he believes the first order of business for the Biden administration will be to rebuild the “damaged” relationships with the bloc as an economic and geopolitical ally.

“Once you’ve done that, it becomes a little easier to deal with specific tensions and problems that arise,” added the former official, who was a panelist at the recent Horasis Extraordinary Meeting on the United States of America, during which senior political and business figures discussed restoring trust in the U.S. global leadership.

Asked if there are any specific markets that he thinks the U.S. president should particularly focus on, Sánchez said a U.S.-UK agreement could be a possibility if the new administration is to enter a new trade agreement negotiation.

“The reason I say that is because the UK has labor standards and wages that are comparable to ours so a trade deal with the country would probably get broad bipartisan support,” he explained.

Some supporters of Brexit had touted a U.S. trade agreement as a potential early benefit of leaving the EU and its customs union, but Biden’s retreat from a wholesale embrace of globalization and his emphasis on America’s domestic interests has made it a distant prospect.

As for Europe’s warning shot at Biden over his “Buy American” plan to revitalize the country’s manufacturing “backbone”, Sánchez said he is confident the president will direct his team to draft the regulations in a way that are compliant with treaty obligations and those of the World Trade Organization.

“This policy doesn’t require American companies to buy American. It requires the American government to buy American. So it’s limited to government procurement. That doesn’t mean there won’t be a country that’ll challenge it, but I do believe that the president will try to do it in a way that is compliant because he believes in a rules-based approach to trade.”

Europe’s trade chief Valdis Dombrovskis said earlier this year that Brussels would closely monitor whether the “Buy American” policy, which structure the $600 billion in goods and services the federal government buys each year, contravenes international commitments.

“We will be assessing to which extent the U.S. complies with its World Trade Organization commitments under the global procurement agreement,” he stated.

Some observers say Washington’s “Buy American” campaign could run foul of its commitments at the global trade body, under which it gets access to other countries’ public procurement markets in exchange for keeping its own market open.

On how he sees the future of the U.S. economy, Sánchez said he thinks Biden is “off to a good start” in his efforts to shore up the economy and put it back on the right track after the financially crippling year of COVID-19.

“He is focused on domestic economic policy and is trying to get the pandemic under control, which I think is the right set of priorities,” he noted, adding that he is feeling “very optimistic” about the U.S. economy and, by extension, the global economy.