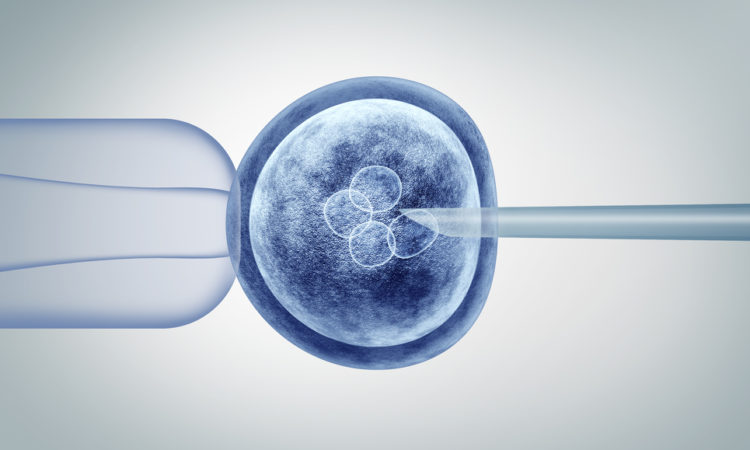 Google is investing in gene editing with the aim of preventing heart diseases. Gene editing, while being a promising field, is risky business.

While the tech giant’s aims seem ambitious, will Google be able to keep up with the strict regulated space that has earned some bad name with the Clustered Regularly Interspaced Short Palindromic Repeats (CRISPR) baby scandal of last year?

According to New Scientist, “Scientists around the world are already using the powerful new CRISPR technique to treat disease, modify plants and animals, and even create designer babies.”

Google’s parent company Alphabet, which has been investing into life sciences research through its venture investing arm GV and through Verily, are working with a startup Verve Therapeutics to reduce people’s risk of heart disease, according to CNBC.

Heart disease is one of the prominent causes of death in the US. Verve is trying to come up with a treatment that can be injected into people who show vulnerability towards the gene.

What this would mean for millions of people with heart disease is that they can have a normal diet without daily intake of medicines.

With regards to gene editing, The New York Times reported that DNA can be “designed and synthesized on computer-controlled machines,” and “then you can implant a pure population in which you’ve checked that the edit is what you wanted it to be, with all cells with only the desired ‘on target’ changes.”

Google’s entry into gene editing is extremely risky, because, not only is there no sure shot way of success in the gene therapy market, but also, this market is becoming highly regulated.

Google, while investing without expecting sure profits in the research, must also keep in mind that the CRISPR scandal of last year is generating concerned interest among gene editing watch dogs.

The CRISPR baby scandal is prompting China to introduce a new regulation in the country’s new civil code regarding protecting the rights of human genes and embryos. According to it, experimenting on genes in adults or embryos, which could result in human health problems or violate ethical norms, will be viewed as infringing on a person’s fundamental rights.

The new addition is being seen as a result of the Chinese scientist He Jiankui’s gene editing experiments. Last November, the scientist announced the creation of the world’s first gene-edited babies, without regard for safety regulations. The incident caused an uproar within the scientific community.

Lawyers are interpreting the Chinese regulation as anyone modifying genes in humans will be responsible for the results showing in the person. Zhang Peng, a criminal-law scholar at Beijing Wuzi University told Nature, “The law makes clear that those who do research with human genes and embryos cannot endanger human health or violate ethics.”

Investigators found that He made a team intending to avoid surveillance, while using uncertain technology to perform human embryo gene-editing with the aim of reproducing.

Meanwhile, the World Health Organization (WHO) is putting up a global multi-disciplinary expert panel to monitor the scientific, ethical, social, and legal nuances of human genome editing. The panel will evaluate literature and societal attitudes regarding the state of the research and its applications.

In its first meeting, which happened in March, the Committee “considered that any failure to register relevant research must be considered a fundamental violation of responsible research.”

At its next meeting, which is to take place in August, the Committee plans to roll out elements of a governance framework, mapping specific elements and how they might operate at different levels.

With such supervision, it is likely that companies like Google will have to keep their shop spotless while advancing into the gene-editing field. After all, flouting these rules could result in health irregularities in patients, that could range from mild discomfort to horrific changes.

WHO’s efforts might result in even stricter rules, paving the way for a watertight framework of regulations in order to rein in the gene therapy industry.

Another factor that Google must remember is that the market of gene editing, while rising, is not a direct path to profits. In fact, gene therapy has failed for major companies before.

In 2012, the gene therapy Glybera was approved by the European Commission to be marketed to correct an inborn error of metabolism. However, in 2017, the million-dollar gene therapy treatment was withdrawn from the European market due to lack of demand.

Access to the treatment was not easy. Both doctors and patients faced administrative and insurance problems. That and very low number of patients and high costs resulted in low demand.

However, at the same time, the FDA approved Luxturna, a treatment for a rare genetic cause of blindness, has showed some good numbers this year. The company’s net loss for 2018 was $78.8 million, down from a net loss of $253.5 million the previous year. Spark ended 2018 with cash, cash equivalents, and marketable securities totalling $601.3 million.

In fact, the gene therapy market is predicted to do well. According to the latest FMI research, the global gene editing tools market will be valued at over $258 million in 2018. The market is likely to grow at a CAGR of over 18% during the period 2019-2029. Google might be eyeing a slice of this market share.

The controversial technique CRISPR and the ease of its use are generating significant interest in the biomedical community. CRISPR is deemed to be highly potential in induced disorders. The technique constitutes a bacterial defense system that forms the basis for CRISPR-Cas9 genome editing technology.

Laboratories are already using it to engineer bigger-sized tomatoes, longer-lasting mushrooms and leaner pigs for CRISPR bacon. However, its intentional misuse remains a concern.

Still, in spite of the CRISPR controversy, companies using the technology, like Crispr Therapeutics AG, Editas, and Intellia, have done well. In 2015, Bill Gates and Google also backed funding for Editas along with a host of other companies like Deerfield Management, Viking Global Investors, and Fidelity Management & Research Company.

Google will not only have to be patient but will have to keep in mind that the field of gene editing can take years of research before yielding profitable results. At the same time, this is a market that requires high investment.