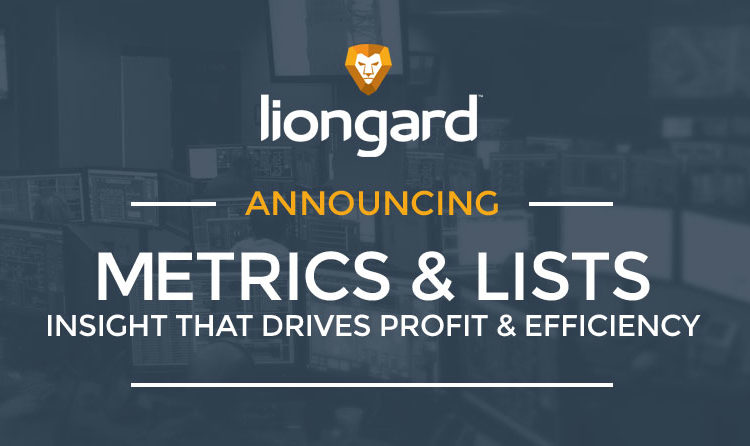 Liongard, a technology company that provides IT management software to Managed Service Providers (MSP), has announced a new major feature to their Roar platform called Metrics. Metrics provides Roar users with the counts and lists that are critical to the MSP daily operations such as billing review.

Liongard is an automation platform which enables MSPs with visibility beyond the endpoint and into critical on-premises apps, the network stack, and cloud services. The company’s product, Roar, addresses the significant lack of visibility that currently plagues IT service providers by automating the collection of system configuration data and documenting it over time.

Roar’s Metrics are derived by translating data from the system configurations it collects, such as dates into days, converting lists of users, devices and licenses into counts, and correlating users with permissions to render a list of privileged accounts. Now vCIOs and account management staff can start to track trends, and avoid the tedious math required to get to answers quickly. Systems engineers can refocus on remediating issues rather than pulling data for ad hoc and monthly requests.

“Roar’s Metrics feature layers on top of the rich data flow generated for automated documentation” said Joe Alapat, CEO of Liongard. “Roar can now surface Metrics to enable a clear line of sight to managed systems from the CEO to the Service Desk. Previously this required specialists to manually analyze systems and manipulate data.”

The new feature opens the Roar platform beyond the service desk and network operations center (NOC). From estimating and quoting at the sales process, to billing review, health checking and periodic business review, metrics and lists contain the data that drives the operational efficiencies an MSP needs to increase profitability. The rich data that Roar collects from a customer’s configurations provides current counts of users, licenses, and details that operations needs to properly reconcile costs for invoicing, scoping costs, and drive new business opportunities.

“There’s so much time and effort that can be won back by having updated and automated documentation,” said Vincent Tran, Liongard’s COO. “However, it’s just the first step. Understanding, interpreting the raw data and extrapolating actionable tasks from them is what Metrics provides at a glance – and the most exciting and requested use case from our MSPs has been for reconciling licenses for billing.”

The need for Metrics feature was primarily driven by Liongard’s partners who wanted to extract further value from the platform’s documentation. Since the platform was already collecting system data and capturing it over time, partners saw an opportunity in Roar’s rich data to perform billing review from the sources and compare them against what they were invoicing customers under ConnectWise Agreements and Additions.

The great reset needs the circular economy to render all products as services, so ‘you’ll own nothing & you’ll be happy’