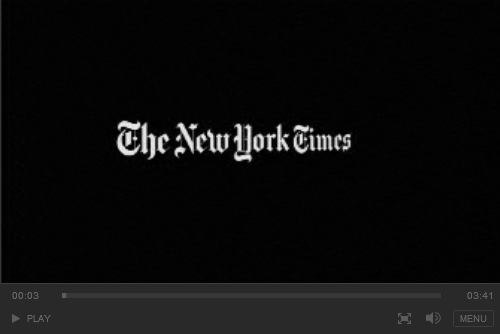 Newspaper websites now post more video online than those of broadcasters, according to a report by online video platform provider Brightcove and TubeMongul released today.

Newspaper websites saw a 51% growth in total number of minutes streamed online between July and September, the latest months for which data is available. They streamed over 313 million minutes during the three months contrasted with 290 million for broadcasters websites.

Download the full report as a PDF here | 20MB

Brightcove and TubeMongul suggest that this can be seen as an expansion of the news production in a previously print-only news environments, although the data was  probably influenced by the World Cup and US midterm elections which were held during the period.

The statistics suggest that shorter videos, the like uploaded by newspaper websites, account for the majority of this growth.  The report says, “Broadcasters have fewer but longer titles, while newspapers are producing many more, but shorter titles on a more regular basis.”

The report goes on to say that online news broadcasts are not expected replace those of mainstream broadcasters – the data suggests that the “prime time” for watching video media on newspaper sites occurs in the evenings along with videos on broadcast media’s site which peak during traditional prime time hours of 6 to 11pm.

In related news Facebook has overtaken search engine Yahoo! as the top referrer for online video viewers.  This is the first time that the social network has overtaken a search engine as a video referring platform.  Facebook was the second most common referrer, at 9.6%, after Google, which sent over 55% of referrers.  This is down from just under 65% in the previous quarter.

The data was based on statistics from a cross section of Brightcover users.