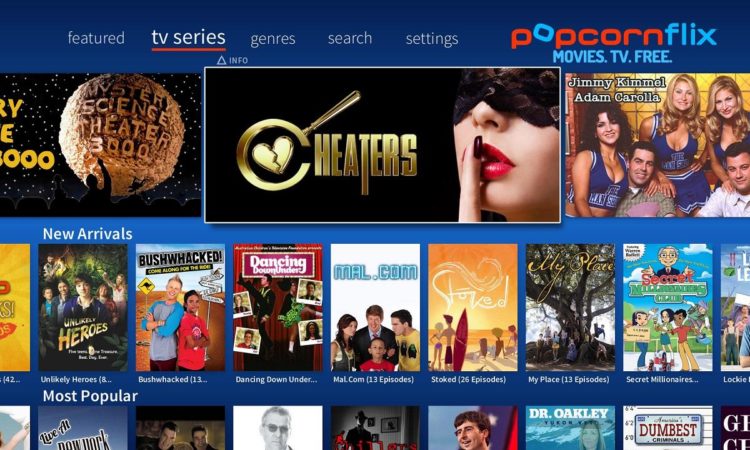 The OTT video industry is worth $25 billion in annual revenues, and it is predicted to exceed $64 billion in the next four years.

A month after the launch of the new Unreel-powered popcornflix.com’s website, sessions and users rose by almost 50%, bounce rates plummeted by 40%, and page views increased by 250%.

The partnership enables Popcornflix to be placed in front of a wider global audience via native apps on iOS and Android – both of which can be cast on Smart TVs and other smart devices. Developed by Unreel, the apps are featured on Ericsson chips and used in a wide-range of Smart TV and set-top boxes.

“Our partnership with Unreel has completely changed how we utilize our long form content on the web and mobile applications. Through the Unreel platform, we were able to attract and retain thousands of new users practically overnight,” said Ben Saxton, VP of Digital Product for Popcornflix.

“Unreel’s UI and back-end have streamlined many processes for us, most importantly the analytics piece allows us to make better content decisions for the consumer,” he added.

Popcornflix is an on-demand, digital streaming channel offering over 3,000 free movies and shows in more than 60 territories worldwide with 25 million app downloads over its lifetime. Unreel has launched a new Popcornflix desktop and mobile site and new iOS and Android apps.

“At Unreel our goal is to make OTT easy and that means frictionless distribution to all platforms. We’re excited to partner with a leader like Popcornflix to update their VOD offering to web and mobile platforms with our cutting edge UI/UX and we’re proud of the engagement and traction these channels are seeing so far!” said Unreel CEO Dan Goikhman.

Read More: Over the top sports and why you won’t be streaming the World Cup final

With more streaming services than ever before, Unreel empowers content providers to break free from traditional distribution methods and stand out in a crowded space. Even more, Unreel is enabling hardware manufacturers like Ericsson to develop into media players – something that’s become vital to compete in the 21st century technology industry.