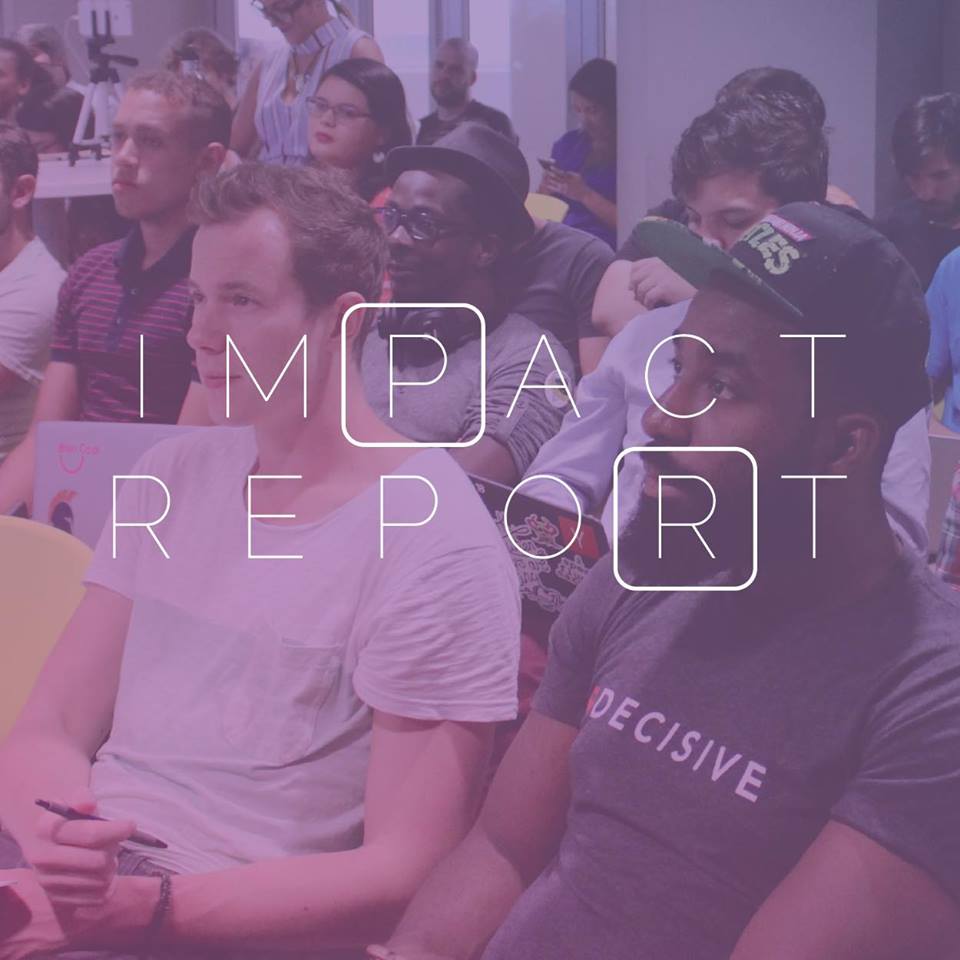 Since 2006, Puerto Rico has been suffering from a crippling recession. The government has repeatedly dug deeper into borrowing in order to cover operating expenses, and in 2016, the island essentially ran out of money and was no longer able to repay its overwhelming debt of $123 billion.

When you think of Puerto Rico, it is fair to assume the words “Financial Success” probably don’t spring to mind. However, one accelerator is working to change that, with promising results.

The global business accelerator Parallel18 (P18), which is based in the island’s capital, San Juan, has recently announced their first two graduating classes (April 2016-2017) have generated almost $14 million in sales, of which more than half was produced in Puerto Rico.

The results were announced after the company released its first economic impact report focusing on the first two graduating classes. 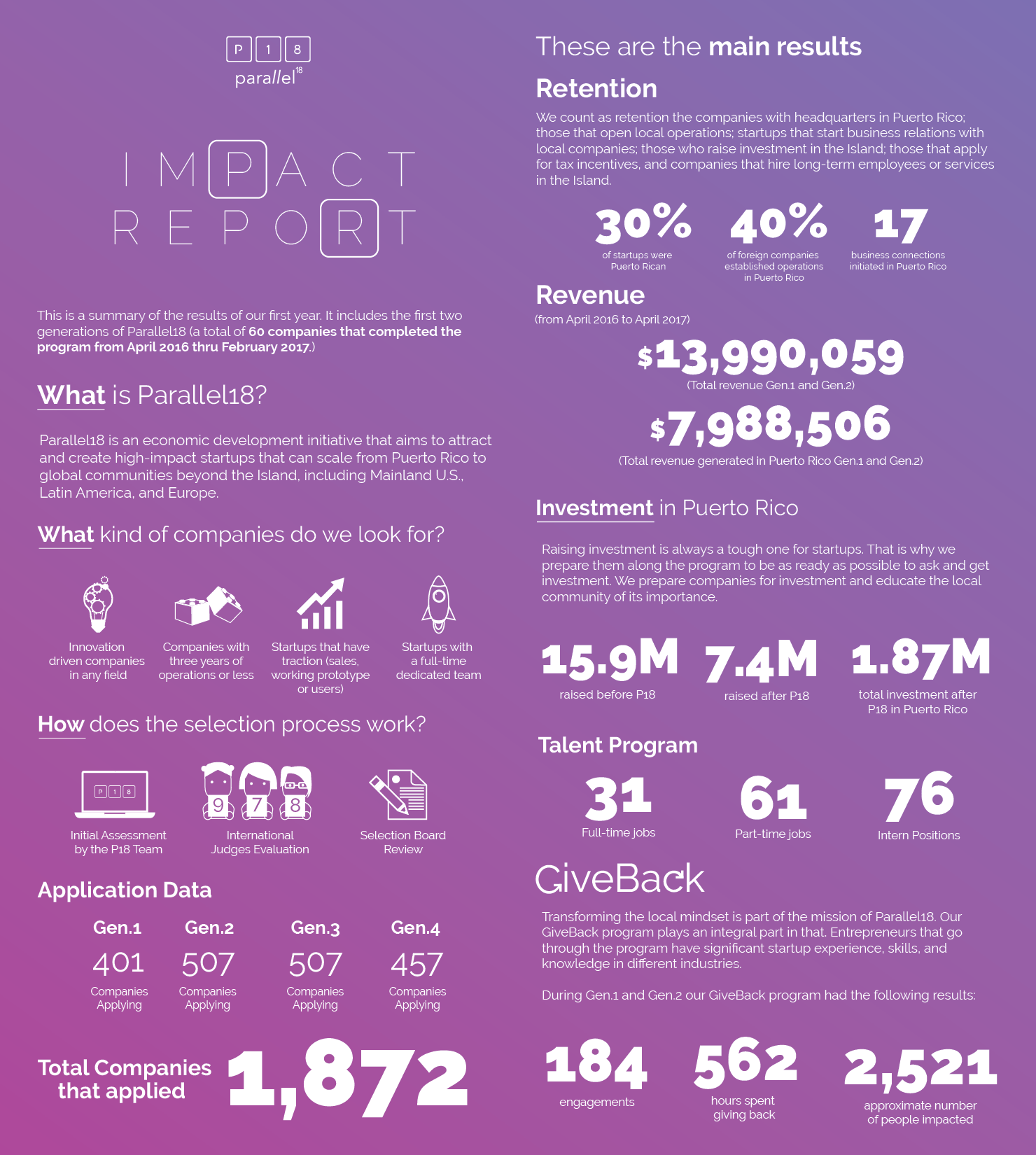 A total of 60 participating companies from the graduating classes were surveyed, of which 40% of non-Puerto Rican based companies now have operations within the island, which have generated a total of 168 new employment opportunities for locals.

“We are committed to the growth of Puerto Rico and will continue to work to attract U.S. talent to the island, retain local talent, and re-engage with the diaspora,” said Sebastian Vidal, Executive Director of Parallel18.

One of the Puerto Rican based companies from their 2nd Generation class is Powersiesta. This startup is the brains behind an eco-friendly, lightweight, and easy to use product that will allow individuals to rest while travelling on planes, trains and buses. The startup has already received $78,545 worth of funds raised via indiegogo.

Stageboom is another Puerto Rican based startup which took part in their most recent class this year. The company provide a digital platform with the aim of revolutionizing the way musicians in Puerto Rico and the world are found, booked and paid.

The Parallel 18 accelerator also has a strong focus on US based companies. re:3D was a participant of this year’s class. The company is breaking through the current limitations of 3D printing, changing the worldwide landscape within this industry. Their product Gigabot enables industrial strength, large format printing at an affordable price. The company has received support from around the world and has successfully raised hundreds of thousand’s of dollars across multiple Kickstart campaigns along with many awards.

The programme has helped many new business since it began in 2015. The accelerator was first produced as part of the Puerto Rico Science, Technology and Research Trust, in collaboration with PRIDCO (Puerto Rico Industrial Development Company) and the DDECC (Department of Economic Development and Commerce of Puerto Rico). The programme was initially created to attract outside business to the island while producing growth and jobs within Puerto Rico. Looking at the results from the first two classes of graduates it would appear the programme has taken off with a very successful start.

As Puerto Rico battles to overcome it’s sizeable debt, the country will require the support of accelerators such as Parallel18 to provide the economic growth it very much needs. The country may have some tough years ahead, but there is clearly hope for the island. As a result it may prove to be a shining example for other Latin American countries such as Venezuela, demonstrating how to turn around a disastrous situation into a positive.