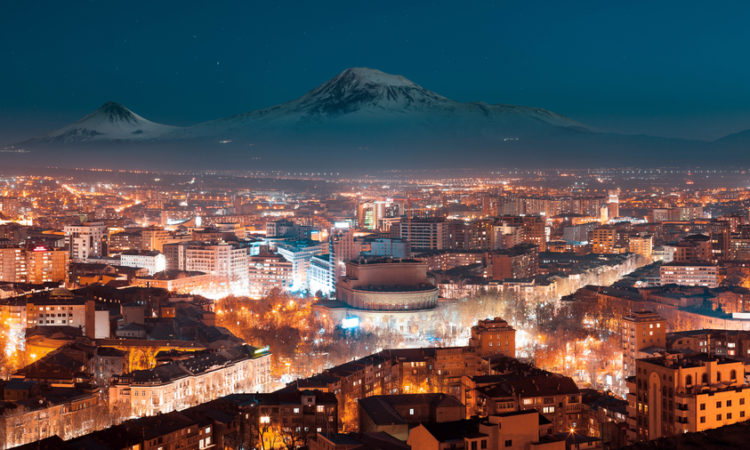 Night in Yerevan, Armenia from Cascade, Ararat mountain at the background
7.01Kviews

Horasis, an international think tank founded in 2005, announces that its upcoming international China Meeting will be held in Yerevan, Armenia, under the auspices of the President of the Republic of Armenia.

Held for the first time in the country, the meeting will welcome several hundred leaders from across Asia and the broader international community.

The conference will be co-hosted by ATOM Foundation China Federation of Industrial Economics and co-organized by IE University.

Among the topics to be discussed at the conference will be:

The host city, Yerevan, is one of the world’s longest continuously inhabited cities. At once forward thinking and steeped in history, the capital city is renowned for its old city center and spectacular views of Mount Ararat.

“Gathering key leaders and entrepreneurs at this especially pivotal moment in global politics and trade, we are both thrilled and determined to form actionable plans for sustainable growth and a more morally decent form of globalization,” said Dr. Frank-Jürgen Richter, Founder and Chairman of Horasis.

Additional topics at the conference include IoT, AI, pathways for Innovator Education, and nurturing the growth of blockchain.

In October of this year General Secretary of the Communist Party of China, Xi Jinping, gave a speech urging the development of blockchain technology in the country.

He claimed that the country would “seize the opportunity” and “occupy the commanding heights of innovation” by backing research and the standardization of blockchain.

The day after the speech, bitcoin prices increased by 12% as domestic newspapers launched a wave of content about blockchain, and investors hurriedly bought stocks connected to it.

While Jinping’s endorsement certainly accelerated the rush, since March of this year more than 500 blockchain projects have been registered with China’s Cyberspace Administration.

Furthermore, according to Blockdata the country today represents 25% of all blockchain projects worldwide.

Jinping’s speech was less of a stimulus for the country’s interest in blockchain, and more an official call to action. In contrast, President Trump has declared his resistance to cryptocurrencies and acknowledged that blockchain is not a priority for the United States.

5G and Artificial Intelligence are also widely supported by China while the country is neck and neck for technological supremacy with the United States.

Beyond technology, the ongoing trade war with the United States has pushed China to look elsewhere for export locations.

The country has turned to other regions to pursue its Belt and Road Initiative – an ambitious initiative aiming to stimulate connectivity and economic integration in Eurasia.