HomeGamingReport highlights Ireland’s potential to employ a further 2,500 people in the games industry by 2014
Gaming 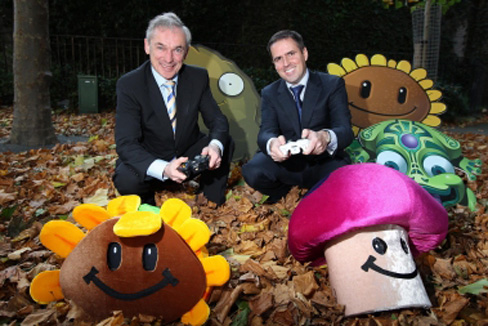 A report published today by Forfás at the request of the Department of Jobs, Enterprise and Innovation, and prepared in coordination with Enterprise Ireland and IDA Ireland, highlights the potential Ireland has to become a “global hub” for the gaming industry and identifies steps that need to be taken to ensure success and competitiveness in this sector.

Globally, the gaming industry is valued at €43.7 billion today and is forecast to reach €60.7 billion by 2015 as it continues to transition to online and mobile distribution channels, becoming more mainstream all the while. With the correct approach, Ireland could potentially double its employment figures in core gaming activities to 4,500 in a similar period.

Today Ireland employs 2,000 people in the gaming sector. Martin Shanahan, Chief Executive of Forfás, stated that the sector had the potential to employ a further 2,500 by the end of 2014. He added that “games can also be a catalyst for growth” in other areas of the digital economy, like social networks, animation and film and video.

Shanahan warned that success in the games sector would not be achieved through complacency and would require policy chance ad decisive action. Ireland’s approach must be “anticipatory, agile and responsive” to keep up with the “sheer pace of change”.

Ireland’s opportunities lie in creative game development, game services, enabling software and technology solutions and the exploitation of intellectual property. The report has identified six key areas that Ireland should focus on; Developing an international cluster by stimulating connectedness between related sectors, enhancing skills and experience, attracting and developing the talent pool, building international awareness of Ireland as a vibrant location for the games sector, incentivising R&D within Irish-based firms, and of course the technology that underpins, and unfortunately sometimes undermines, the digital industry as a whole – adequate and competitively priced broadband.

Ireland has a good foothold within the games sector, illustrated in recent investments by major global players such as EA Bioware, Activision Blizzard, Big Fish Games and Zynga. Timely and effective implementation of the actions set out by the report will ensure growth for the games sector, but also for the increasingly inter-connected sectors within the broader digital economy.