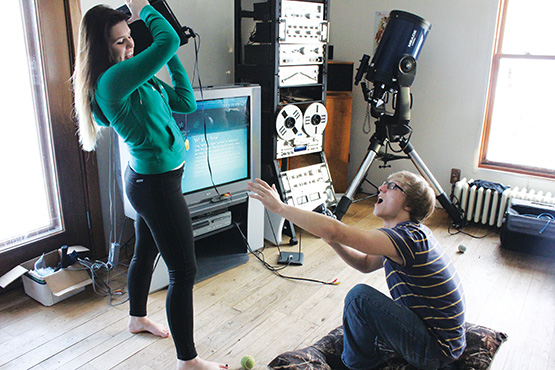 So, if you read my last post on here you’ll know all about my gaming foray and what it is that I’ve been attempting to do over the past month or so. If you haven’t, then in the words of the Spice girls, “stop right now” and read it before continuing.

Now we’re all caught up and everybody knows what’s going on it’s time to let you all know how the last month went.

Firstly, let me just say that despite what you’re about to read, this wasn’t as easy and fun as you may think. Making time to do something that’s not natural for me was a genuine challenge and I now actually feel an odd sense of pride.

We left it last time with me in limbo about what console would be best for me to buy. After some differing opinions from friends I opted to go for the PlayStation 4 (sorry Xbox fans!). After leaving the office on Monday September 19 I swung by the local shopping centre to pick up my new console.

I arrived home slightly later that evening with a large box tucked under my arm, considerably less money in my bank account and was greeted by a scowling fiancée.

“It’s for the experiment I’m doing; you know to see if I can become a gamer?”

Rather than go into any detail about what her response was it would probably be easier to mention that there’s a slight chance I may have forgotten to tell her about this. Anyway, after an exchange of words I was free to set my new console up in the living room; which is where it turned out I’d be sleeping for the next few nights.

The first game I decided to get well and truly stuck into was Uncharted 4: A Thief’s End. For those of you unfamiliar with the game; it’s an action adventure with guns and climbing. A friend of mine described it as “the male version of Tomb Raider???”

In all honesty, at first I really struggled to get into playing the game. I was playing on average an hour a night for the first few days, my usual time slot being between 6-7pm. At first it was a bit of a slog, as you can imagine forcing yourself to do something you don’t usually do is. However, once I got through the first few days something changed, I genuinely started to enjoy myself.

I found myself progressing into playing more than an hour a night. I was like a child breaking the rules when being told to go to bed. “Ten more minutes, I’ll just finish this bit.” But oddly the longer I played, the more I wanted to play. I assume this is natural amongst gamers, but for me it was a completely new feeling.

Was I actually becoming a gamer? Let me add that at this point I was a couple of weeks in and had only played one game, but I’d like to think that I had taken my first big step to at least becoming a gamer.

Having taken a moment to withdraw myself away from enjoying the excursions of Nathan Drake (main character in Uncharted), I knew that if I really wanted to test if I was being converted to gaming I needed to involve myself in more than just one game.

Anybody that knows me will know that one of my main passions in life is football; or soccer to my friends across the pond. It was time to introduce myself to the newly released FIFA 17. I mean, I was becoming a gamer, I love football, surely this was a match made in heaven. It wasn’t!

It turns out that when you aren’t very good at something you end up getting frustrated and disliking it to the point of not doing it any more, who’d have thought it. The stats read:

Online games: 36, Wins: 3, Draws: 9, Losses: 24 (it felt like a lot more than 24). Apparently online players are much better at FIFA than my friends after a few beers, (on the odd occasion I play against my friends I sometimes win).

I couldn’t complete my “gamer test” without trying out a car game. I won’t lie, after my FIFA experience I had started to lose interest, to the point where I’m not actually 100% sure which version on Gran Turismo it was that I borrowed from my colleague. Anyway, when the most enjoyment you get from a game is making ‘bruuuummm’ noises when you press the R2 bottom on the remote, I think it’s safe to say that it’s not for you.

What did I learn?

Overall this experience was very nearly enjoyable, but due to the FIFA failure I’ll have to call it interesting. It had its ups and downs but now I look back at it I’m glad that I’ll be able to go a few days without picking up a PlayStation controller and strain my eyes looking at the television. I know, what an anti-climax.

Aaron Watts is a Digital Marketing and PR Executive for M2M Telecommunications company InfiSIM and is completely clueless about gaming technology.

Domain Names: There Really Is a Gift Inside