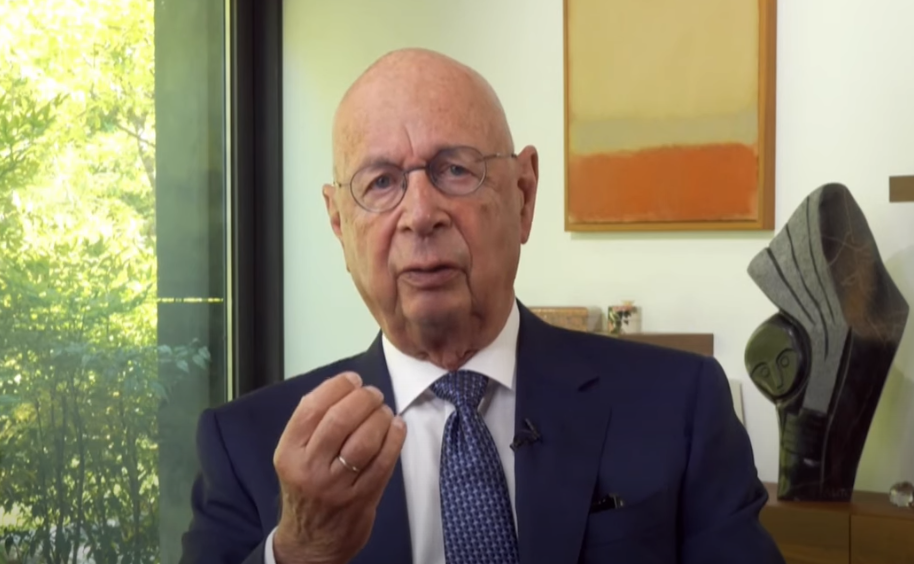 “We welcome a diversity of ideas, expressed in the spirit of respectful discourse and dialogue,” Schwab wrote in his opening statement for the WEF Annual Report 2021-2022.

“We believe that differences within and between societies can be bridged, and that we can and must strive for a golden mean,” he added.

“We welcome a diversity of ideas, expressed in the spirit of respectful discourse and dialogue” — Klaus Schwab, WEF, 2022

Schwab can talk about welcoming a diversity of ideas all he wants, but when the forum is criticized, the unelected globalists revert to name calling.

Earlier this year, Schwab took aim at the uninvited, independent media outlets covering the WEF’s annual meeting in Davos, dismissing them as the “frivolous fringe” who were only there to hijack the WEF’s brand.

“There is no place for the frivolous fringe that seeks to distract and divert attention ­– and I condemn it wholeheartedly – particularly of those who have nothing to do with the World Economic Forum community and just [sic] to Davos to hijack our brand,” he said.

“There is no place for the frivolous fringe that seeks to distract and divert attention ­– and I condemn it wholeheartedly – particularly of those who have nothing to do with the World Economic Forum community and just [sic] to Davos to hijack our brand” — Klaus Schwab, WEF, 2022

While Schwab wrote of respectful discourse and dialogue to bridge differences in society, the WEF’s own managing director Adrian Monck did the exact opposite in a recent essay where he labeled critics of the great reset agenda, particularly the phrase “You’ll own nothing, and you’ll be happy,” as far right extremists, anti-Semites, bad faith actors, and white supremacists.

The WEF founder went on to say in the annual report that his organization would be placing “greater emphasis on ensuring that all parts of society are truly represented and engaged.”

But how can all parts of society be truly represented and engaged when any criticism to unelected globalist narratives is considered a disinformation campaign coming from racist fringe groups “who have nothing to do with the World Economic Forum community?”

“Own nothing, be happy. You might have heard the phrase. It started life as a screenshot, culled from the internet by an anonymous anti-Semitic account on the image board 4chan” — Adrian Monck, WEF, 2022

Reflecting back on history, Schwab wrote that “the main societal dividing line in our world was the division between the left and the right, between socialism and capitalism.”

“In that ideological battle, our natural position was that of a bridge-builder between the two sides,” he added.

It was OK to have oppressive regimes just as long as they collaborated with less oppressive ones.

But the paradigm is now shifting, according to Schwab.

Instead of a struggle between left and right, the new one is between globalism and nationalism.

“A new dividing line exists in politics and society […] between globalism and nationalism, between cooperation and protectionism, between embracing the new and preserving the old” — Klaus Schwab, WEF, 2022

“Today, a new dividing line exists in politics and society,” wrote Schwab, adding, “It is the division between globalism and nationalism, between cooperation and protectionism, between embracing the new and preserving the old.”

From an unelected globalist point of view, leaders who are elected to represent the will of their constituents should abandon their democratic duties and instead pursue more global agendas.

“Embracing the new” means implementing stakeholder capitalism where all power is given to hand-picked politicians, bureaucrats, and technocrats — the merger of corporation and state.

“Preserving the old” can be interpreted as maintaining the rights and freedoms granted under most constitutional republics and human rights charters.

The division, therefore, would be between those who want a global centralization of power and those who want power to remain with the people through democratic processes.

“We have a duty to go against the disintegrating forces of our global system” — Klaus Schwab, WEF, 2022

Klaus Schwab can say he wants to build a bridge between the divide, but in the very same statement, he concludes that his systemic approach to globalism through stakeholder capitalism and ESG scoring powered by the fourth industrial revolution is the only way forward.

How can one claim to welcome “a diversity of ideas,” but in the same statement turn around and say, “We have a duty to go against the disintegrating forces of our global system” — thus dismissing any ideas that aren’t pro-globalist out of a sense of duty?

If you don’t agree with the “forces of our global system,” what does that make you?

An extremist not worthy of having a voice?

“The mounting social pressures that we have observed, particularly in the past months, have led us to place ever greater emphasis on ensuring that all parts of society are truly represented and engaged” — Klaus Schwab, WEF, 2022

Remember when Schwab said that the forum was working to ensure all parts of society were truly represented and engaged?

There is only one narrative, and that is for citizens to surrender power, freedom, and autonomy over to unelected globalists, bureaucrats, and technocrats, so that they may finally implement their great reset over society and the global economy that they’ve been planning for many years.

And they will continue to exploit every “crisis,” real or imagined, to achieve their totalitarian agenda.

As Schwab concluded in the WEF’s annual report:

“We have no other choice than to embrace global cooperation if we want to avoid political, ecological or social disasters.”