HomeScienceBe All You Can Be! DARPA wants to biohack nature vs nurture to enhance soldiers’ talents
ScienceTechnology

Be All You Can Be! DARPA wants to biohack nature vs nurture to enhance soldiers’ talents 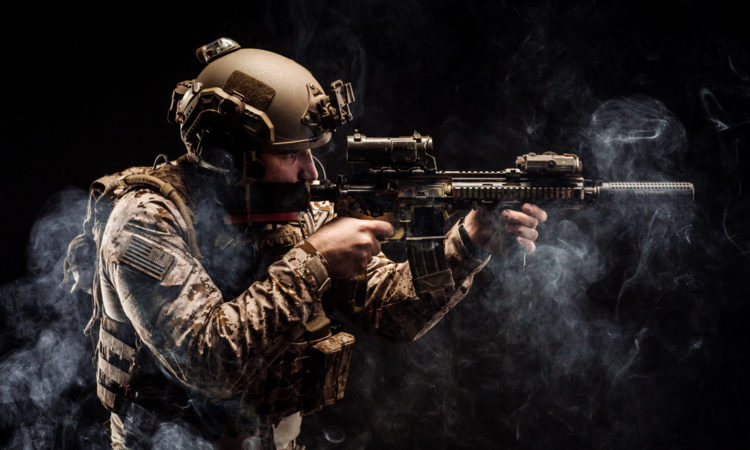 DARPA is taking the old army phrase “be all you can be” to the nature vs nurture debate with a new program that looks to biohack a soldier’s natural abilities alongside their acquired skills.

“When it comes to nature and nurture, I choose neither. We are built from a DNA blueprint and born into a world or scenario and circumstance we don’t control.” — Dr. Hannibal Lecter, TV Series Hannibal

Are we born a certain way or do our life experiences shape us? A bit of both – is what we can conclude after years of the nature vs. nurture debate.

When we perform well at a given field, is the reason why we succeed ingrained somewhere in our biology to some extent, while the rest we acquire from our environment?

DARPA’s Measuring Biological Aptitude (MBA) program will try to measure what makes skillful personnel tick, so that the Department of Defense (DoD) can hone those skills and predict outcomes in other similar personnel.

Through the MBA program, the Defense Advanced Research Projects Agency (DARPA) wants to identify certain traits of highly-trained individuals in order to hone those traits and improve upon them so that soldiers can really live up to their full potential.

To make that happen the program will be used to correlate phenotypes in military personnel with measurable elements of their biology to understand and ultimately anticipate how they might perform in various situations over time.

The resulting information can then be used to improve training and development at an individual level.

The genetic part of our bodies determine some of the outcomes that we show in our behavior, physical traits, and cognition.

Can we hack what we’re born with to enhance it further?

An organism’s genotype is the set of genes in its DNA responsible for a particular trait.

A phenotype is the physical expression of those genes in the form of observable characteristics like physical, behavioral, and cognitive features.

Can we hack what we’re born with to enhance it further?

So, while genotype helped in making the musical prodigy Mozart or the athletic prowess in Michael Jordan, discipline, determination, and life experiences would also have contributed in shaping their motivational drives.

What Will MBA Do?

Since our genotypes don’t translate directly into phenotypes, DARPA wants to use MBA to do much more than decoding the genome. MBA researchers are working to characterize relevant phenotypes across a range of skills.

After identifying phenotypes, DARPA will work on interpreting gene expression circuits, which are functional clusters of genes that impact each other’s expression.

These circuits can be modeled in computers to predict the dynamics of a genetic system. They work as black boxes of human biology. This will inform them of the performance and resilience of personnel.

“An individual may have genes that would seem to predict success in a role, yet not manifest the traits or behaviors expected,” said program manager Eric Van Gieson, in a statement.

“MBA research is designed to uncover additional biological mechanisms that influence phenotypic expression and build tools to measure those changes so that it becomes possible to more accurately impact performance and resilience under a range of scenarios.”

If it succeeds, MBA technologies will provide information about how the DoD can enhance and sustain readiness by improving training, boost mission effectiveness, speed recovery following missions, and check shortages of qualified candidates for highly specialized roles.

What if each person in the world is able to tap into their phenotypes to improve themselves in all facets of life?

That means faster action during missions and more ready candidates for DoD.

In the 1980s the US Army began using the slogan ‘Be all you can be’ for recruitment. With the MBA program, it seems, they are taking it literally.

What if each person in the world were able to tap into their phenotypes to improve themselves in all facets of life?

While the program, like all DARPA research, is being conducted for military use first, there is always a possibility that it will later become commercially available.

In a commercial future, the program could transform career aptitude tests and prove to be a boon for job placement agencies. Such tests could become highly accurate, placing an individual in a job or career path that brings out the best in them.

Healthcare technology could also become more exact in predicting phenotypes of genetic diseases. Psychotherapy could use it to predict cognitive and psycho-somatic features providing more information.

Looks like DARPA’s MBA program is set to bring out the best in us if it ever becomes publicly available.