HomeScienceLiquid found on Titan: Saturn in science and mythology
Science

Liquid found on Titan: Saturn in science and mythology 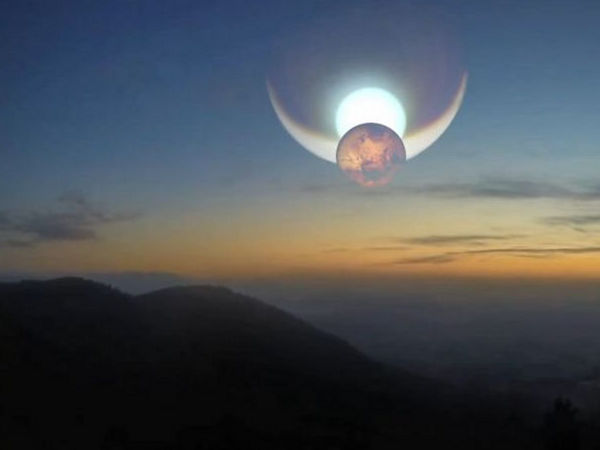 NASA’s Cassini spacecraft finds liquid for the first time on Saturn’s moon, Titan, but why was Saturn venerated in mythology throughout the ancient world?

NASA has completed analysis on data provided by Cassini’s flyby of Titan in 2013, and has found for the very first time, liquid hydrocarbons in canyons hundreds of meters deep on Saturn’s moon.

What is remarkable is that the formation of the canyons are very similar to how canyons are formed on our terrestrial abode, Earth, and that our planet’s canyons were carved by water and ice.

“Earth is warm and rocky, with rivers of water, while Titan is cold and icy, with rivers of methane. And yet it’s remarkable that we find such similar features on both worlds,” said Alex Hayes, a Cassini radar team associate at Cornell University, Ithaca, New York.

According to Space.com, “The new discovery further cements the intriguing similarity between Earth and Titan, the only two worlds in the solar system that are known to harbor stable liquid on their surfaces. (Titan also has a thick atmosphere dominated by nitrogen, as does Earth).”

How is that the most distant planet visible with the naked eye, Saturn, can have a moon so similar to Earth? At 746 million miles or 1.2 billion kilometers from Earth, has Saturn always maintained this distance in the heavens, or did our ancient sky used to look a whole lot different in our ancestors’ past?

Mythological evidence backed by modern science suggests that Saturn used to be the dominate celestial body in the night sky as it was much, much closer to Earth than it is today.

In his groundbreaking book “The Saturn Myth” (1980), researcher David Talbott analyzed myths from ancient cultures throughout the world and found that they all described the same phenomenon surrounding the planet Saturn.

Not only is the symbolism for Saturn the same throughout ancient Mesopotamia, Egypt, India, Greece, and the Americas, but there is evidence that Saturn’s ancient near-proximity to Earth caused unbelievably electromagnetic disturbances upon our planet that were actually visible to the naked eye in antiquity.

Talbott claims that Saturn was located at a fixed point above our North Pole in the night’s sky. To ancient peoples living on Earth, the heavenly body appeared as a dot within a circle, or as a type of spoked-wheel radiating cosmic energy.

The introduction to “The Saturn Myth” describes “such diverse symbols as the Cross, “sun”-wheels, holy mountains, crowns of royalty and sacred pillars grew out of ancient Saturn worship. Talbott contends that Saturn’s appearance at the time, radically different from today, inspired man’s leap into civilization, since many aspects of early civilization can be seen as conscious efforts to re-enact or commemorate Saturn’s organization of his “celestial” kingdom.”

Most scholars of antiquity attribute the cross, spoked-wheel, chariot-in-the-sky, or crescent as being symbols related to our Sun. However, they don’t take into account that all those symbols would point to Saturn, not the Sun, as it may have once looked in our sky, which would bring a whole new scientific understanding to something that has been long-regarded as mere mythology.

Apart from ancient symbols depicting what Saturn actually looked like, there are thousands of other inexplicable symbols that don’t make any sense unless viewed with modern, scientific eyes.

Have a look at the following rock paintings from around the world.

While the popular TV show “Ancient Aliens” would have you believe that these are respresentations of extraterrestrials, modern physics can explain their appearance quite easily.

What these “squatting man” symbols represent is an electrical phenomenon known as a High-Current, Z-Pinch Aurora.

According to one study on these ancient symbols, “It is found that a great many archaic petroglyphs can be classified according to plasma stability and instability data. As the same morphological types are found worldwide, the comparisons suggest the occurrence of an intense aurora, as might be produced if the solar wind had increased between one and two orders of magnitude, millennia ago.”

Below we can see what a natural plasma configuration looks like alongside one of the ancient glyphs (left) and what it may have looked like in the ancient sky, similar to our Northern Lights (right).

There are countless examples of ancient myth depicting electricity, plasma, and the heavens that there is no way to cover them all in a single article, let alone dozens of books.

As modern science sheds more light on ancient mythology, or vice versa, the question of Saturn becomes more clear. There is mounting evidence that what we see when we look at the stars at night is not the same sky as what our ancestors saw only a few thousands years in the past.

Their symbolism describes phenomenon that so far can only be accounted for by applying modern physics. Our ancestors didn’t have to understand how or why, but they documented what they actually saw. How else would these symbols be so universal and depicted by civilizations oceans apart with no apparent contact with one another?

Now that NASA has confirmed the presence of liquid on Titan and the formation of Earth-like canyons, is it that far of a stretch to believe that Saturn was once closer to Earth and thus closer to the liquid water-providing warmth of the Sun? 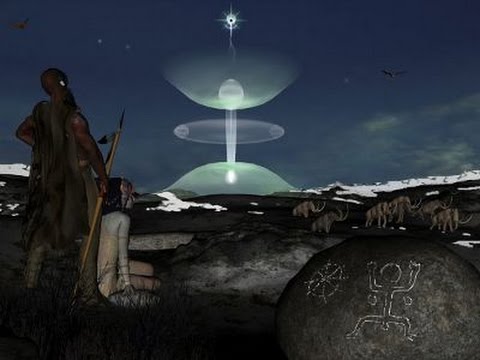