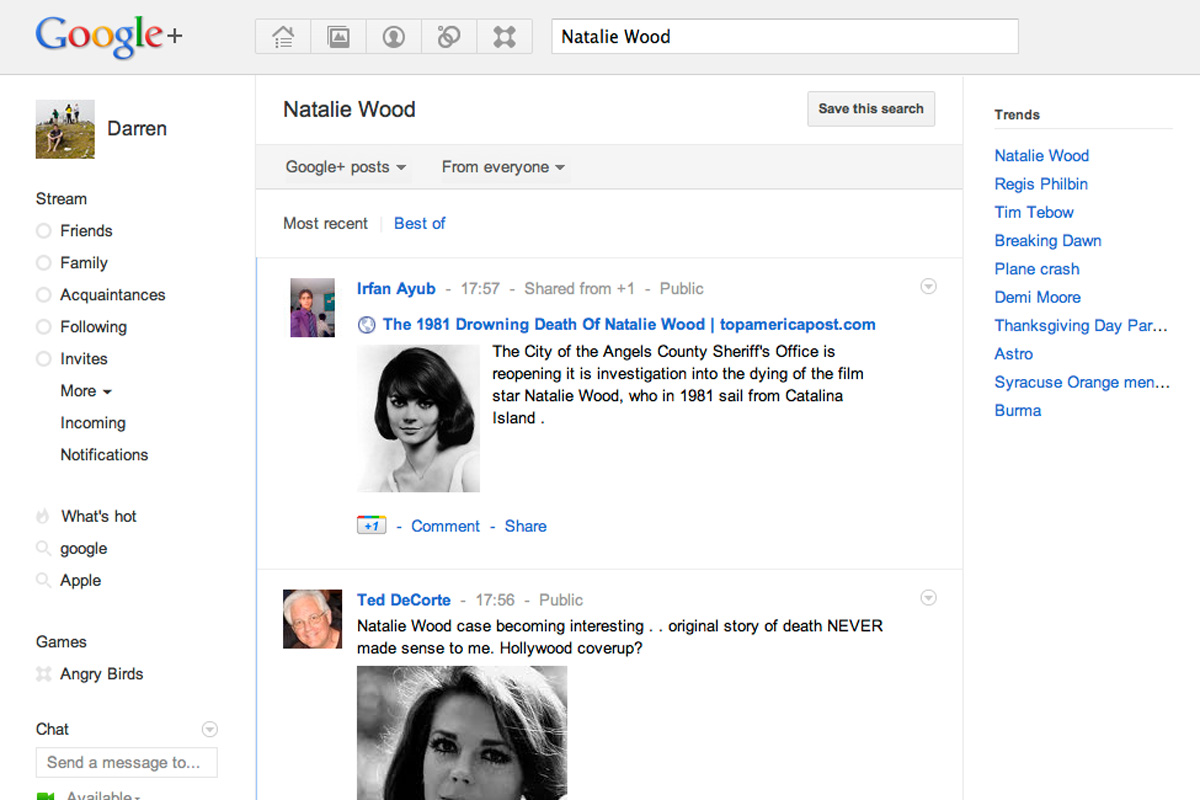 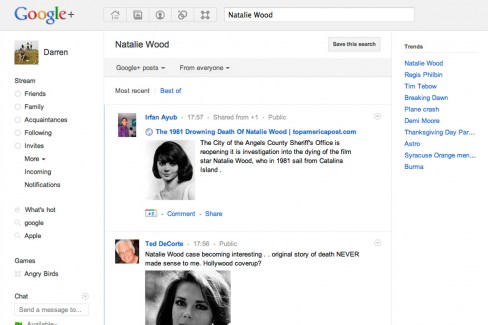 Since originally launching Google+ Search in September, Google has made some nice improvements to the feature. Google+ users can now target Google+ posts, People and pages or Sparks individually on Google+ Search, but also limit their search to self-published content or content posted by friends.

Google+ already has a Hot topics feature, first introduced at the end of October, that showcases the most shared posts on Google+, so it’s unclear as to how the two will compliment each other.