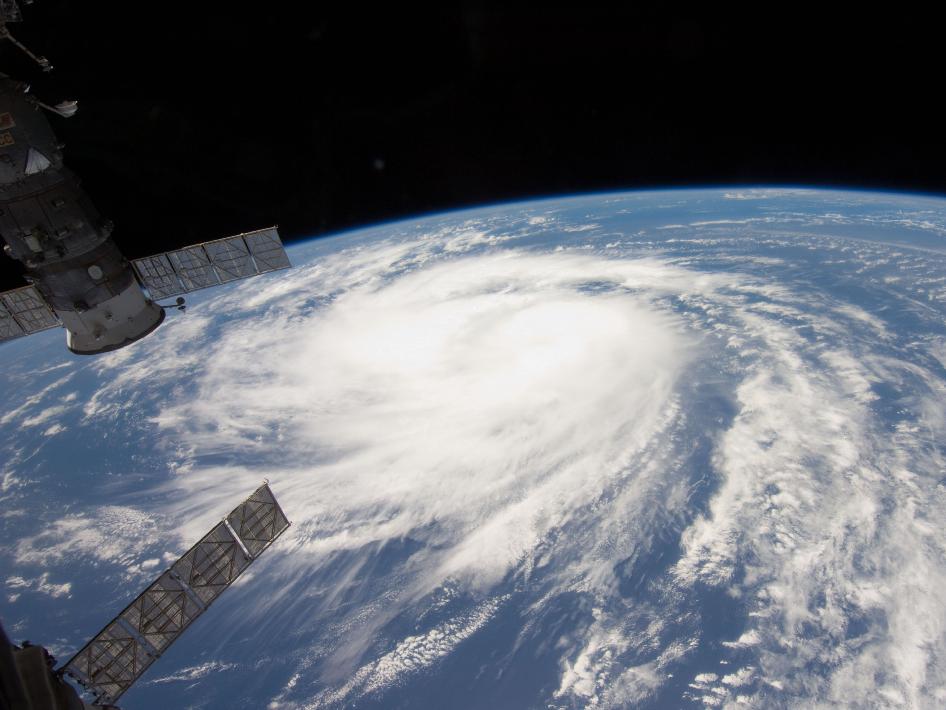 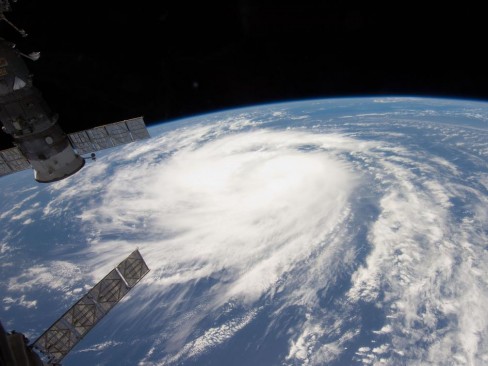 Katia pictured from the International Space Station on August 31st

Ireland and the UK are bracing themselves for gusts of up to 160km/h as the remnants of hurricane Katia are expected to arrive late Sunday and Monday. As Katia moves eastward from the New England region of the United States, it will race across the Atlantic over the next 48 hours towards old England.

Counties in Connaught and Ulster will be hardest hit, but inland areas and easterly counties will also be impacted as the storm travels towards the UK. The strongest winds are expected to occur between 6am and 3pm on Monday, September 12th. 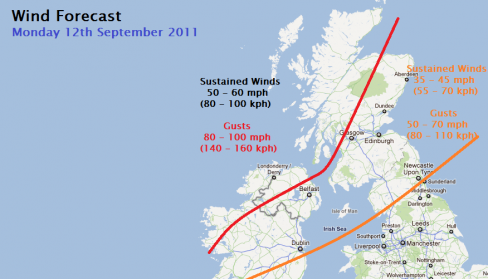 Irish Weather Online’s Peter O’Donnell warns that coastal regions, including Clare, Galway, Mayo, Sligo, Donegal, Derry and Antrim, will be most at risk and that Katia “will not be a non-event”. He stated that there will be widespread gusts of 90km/h and as high has 160km/h in exposed northerly coastal regions. He also added that with “trees in full leaf and somewhat saturated ground conditions”, they could “rather easily come down”.

The UK’s Met Office aren’t taking any chances either. They’ve issued a storm warning covering Scotland, Wales, parts of England, Northern Ireland and indeed much of Ireland. Below is the UK’s Met Office outlook,