A noobie’s guide to surviving Ireland’s summits, expos, and awards 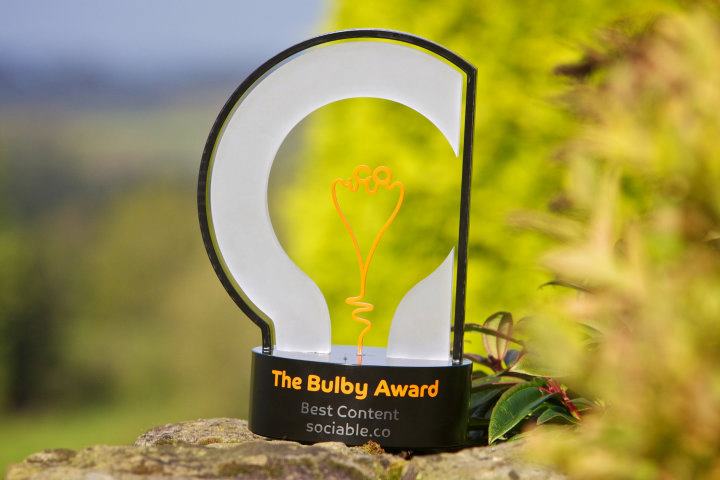 Some shamless self promotion
3.27Kviews

This winter is expected to be a cold one but doesn’t mean it is going to be boring. If you are in any way a geek or a techie you’re going to be kept entertained with the various awards ceremonies and events taking place over the next six weeks alone.

This year we have the Nokia Digital Media Awards, The Irish Web Awards, The seventh Dublin Web Summit, The Irish Internet Association Awards, and the eircom Spiders (and those are just to ones I can think of at the minute).

The Irish Internet Association Awards
First up are the Irish Internet Association’s Net Visionary Awards (@IIA | facebook.com/IrishInternetAssociation). The Daddy of Irish media and technology awards the IIAs are now in their 13th year and are still going strong (over 62 entries making the shortlist this year). As we reported at the time of the shortlist announcement Joan Mulvihill, the IIA CEO said, “The sheer number of entrants was overwhelming. It’s a great sign of the positivity, determination and creativity of the sector. Our panel of judges had the tough job of shortlisting and a few admitted to getting lost in some great websites in the process!”

The IIA Award’s shortlist is already online and includes many names you’ll recognise.

This year’s sponsors are,

This is the big one, and it’s a simi-formal affair, so look smart but no need to make a stop by Black Tie in the morning.

Nokia Digital Media Awards – October 3 (Nomination open)
Next are the Nokia sponsored Digital Media Awards (@digitalmedia_ie | facebook.com/DigitalMediaAwards), which launched in Dublin’s Trinity College Science Gallery last night. Thanks to their long standing in the industry (now in their eight year) the awards have attracted some heavy hitters, including The Irish Times, RTÉ, O2, and the Irish Film Board.

The organisers say, “The Awards are open to all organizations, businesses, and individuals within the sector – from app/game developers and digital/integrated media marketers, to students, educational/financial companies, SME’s and more! Our categories are tailored to include anyone and everyone who wishes to enter the Awards, and our talented category winners are truly at the pinnacle of the industry.”

There are 23 categories this year, including ten new ones marked in bold.

Nominations for the awards open on October 3 and close on November 21 but don’t take your monkey suit out just yet; although the nominations are open the awards don’t take place until March 30 2012 and will happen in the Convention Centre.

The Irish Web Awards – October 22
As the Nokia DMA awards open the nominations for The Irish Web Awards (@irishwebawards | facebook.com/webawards) close. Damien Mulley again promotes the Irish media and technology industry with this year’s Irish Web Awards. Always informal and all the better for it the IWA, and their sister awards the Irish Social Media Awards, are always a great night out.

No posh garb is needed for the IWAs, just look presentable and bring a good sense of humour. In true Sociable style we’ll be live tweeting/blogging these, so come back here on October 22.

Dublin Web Summit 7 – October 27 and 28
From Damien Mulley to his fellow industry leader Paddy Cosgrave. Consgrave’s seventh Dublin Web Summit (@dublinwebsummit | facebook.com/DublinWebSummit) will take place a week after the Irish Web Awards. So far (and we have a month to go at this point) The Dublin Web Summit has confirmed some amazing speakers for the two day event, these are;

And those are not the only big names, DWS7 will be brought to you by;

All of which is pretty nice. The Web Summit is a smart-casual event, but definitely wear something comfortable because you’re either going to be standing around playing with Microsoft’s latest technologies (which we did a lot last time) or sitting listing to some fascinating speakers (which we also did a lot last time).

eircom Spiders – November 10
And finally the eircom Spider Awards (or the Golden Spiders to those of a certain generation) (@eircomspiders | facebook.com/Eircom-Spiders) return this year in the Convention Centre on November 10. If you want in on these awards you better hurry, the closing date is September 23 having already been extended a week.

There are 20 categories this year,

These categories will be judged by some big names in the industry, such as,

The Spiders, like the IIA Awards, are a more formal affair but there will be time to let your hair down afterwards (as the photographs of past events show).

And that’s about it, from September 30 to November 10, the next few weeks are going to be busy for Ireland’s technology gurus, and also us. If you see us lurking around these, say hi.