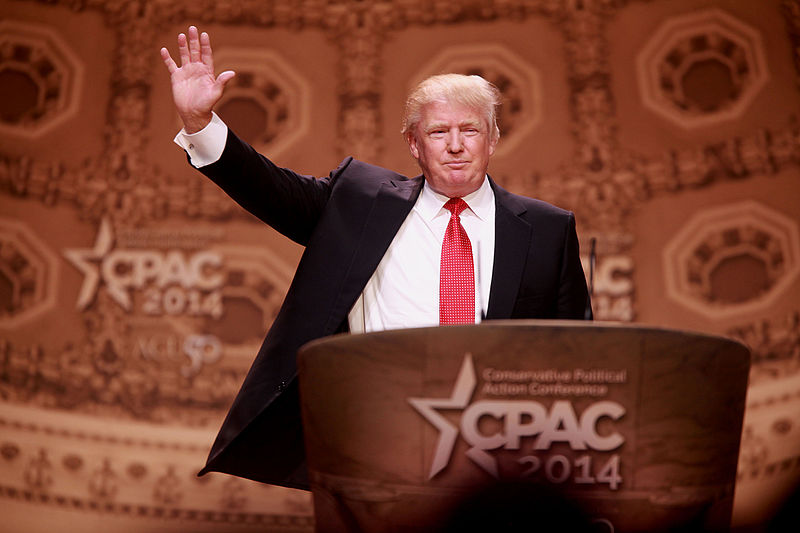 Love him or hate him, you can’t deny that Donald Trump is doing a rather great job at rallying (a lot of) Americans to his cause. Despite some setbacks, his rise since June has been nothing but impressive, establishing himself as a prime example of the quote “what you say doesn’t matters, it’s how you say it.”

In this article we examine how his pitching skills are serving him well – and the lessons you can take from it as an entrepreneur.

Trump’s vision is very clear: “we are going to make America great again.” He keeps repeating it over and over to engrave it in people’s head, but this is very effective to remember why he is a candidate. Trump understands that you can’t change the world without a vision that can be communicated clearly. What’s the other candidates purposes besides getting elected? It’s not as clear. How can people follow you if they don’t know what you stand for?

Lesson: make sure to communicate your vision early and clearly.

Trump has never been afraid to use very strong words to characterize the current state of the country: “we don’t win anymore,” “this country is a mess,” “a disaster.” Irrespective of the truth, he is framing the issue to serve his purpose. As a businessman Trumps understand that the audience needs to relate to the problem before learning about the solution. He has been very effective at making people feel like the problem is very serious and getting worse by the day.

Lesson: make your audience understand and relate to the problem you’re solving.

3. Propose a disruptive yet tangible solution

Trump understands that his audience will not support a blurry solution. What he proposes stands out because it is simple to envision. He doesn’t just say “we will toughen immigration,” which is not tangible. He brings a concrete solution in the form of a wall to be built at the border with Mexico. Whether the solution is feasible in reality is another debate. For now, Trumps just ensures the audience can visualize it.

Lesson: pitch a solution, not a concept.

4. Talk about benefits, not features

Most people do not care if the national deficit is reduced by $100B, or unemployment drops by 2%. They care about having a job that makes them enough money. Trump focuses on these micro levels benefits rather than the macro level, staying away from the political jargon that doesn’t resonate with the audience. “I will bring jobs back,” however, does.

Lesson: explain how your solution will benefit the market, not the technical details.

Overall, Trump doesn’t change his story whether he talks to Fox News, Jimmy Kimmel, or the NY Times. He delivers the same answer almost word for word, every single time – sometimes regardless of the question. He never tries to adapt his positions to the audience and this only makes him appear stronger to his target market. His opponents, whose positions are sometimes not as clear cut, lose credibility because it feels like they keep changing their mind.

6. Know the competition and your Unique Selling Proposition

Having been on the business side of the equation, Trump understand how politics works – and is not afraid to tell the world about it. He admitted receiving favors from politicians because he supported them. This is a direct attack to other Republican candidates who raised money from donors, while Trump is the only self funded candidate. His transparency, a quality that the audience relates with, makes him stand out from the rest of the field.

Lesson: communicate what makes you stand out from the competition.

7. Position yourself as an experienced, relentless leader

Speaking his mind and not afraid to make waves, Trump positions himself as a leader angry with the status quo. Whether by refusing to pledge support to the Republican nominee (if not himself), or refusing to apologize about hurtful comments, he shows that he will not take no for an answer. He supports the story with his experience as a businessman, overcoming adversity on a daily basis. Bottom-line, it makes him look tough, and inspire confidence for people to follow him.

Lesson: show evidence you can lead and won’t give up when it gets tough.

So next time you’re pitching, ask yourself, how would Donald Trump do it?

I am not supporting Donald Trump in any way, shape or form! Debating his ideas is another discussion – which you won’t have with me.

Sam Huber @samhuber, is a London based entrepreneur, CEO of Kout.io, a startup bridging the gap between games and e-commerce. He is passionate about cognitive psychology and influence mechanics. He applies this knowledge to understand customer behavior, most notably through gamification. Samuel speaks about how industries can use games to engage and influence their audience.