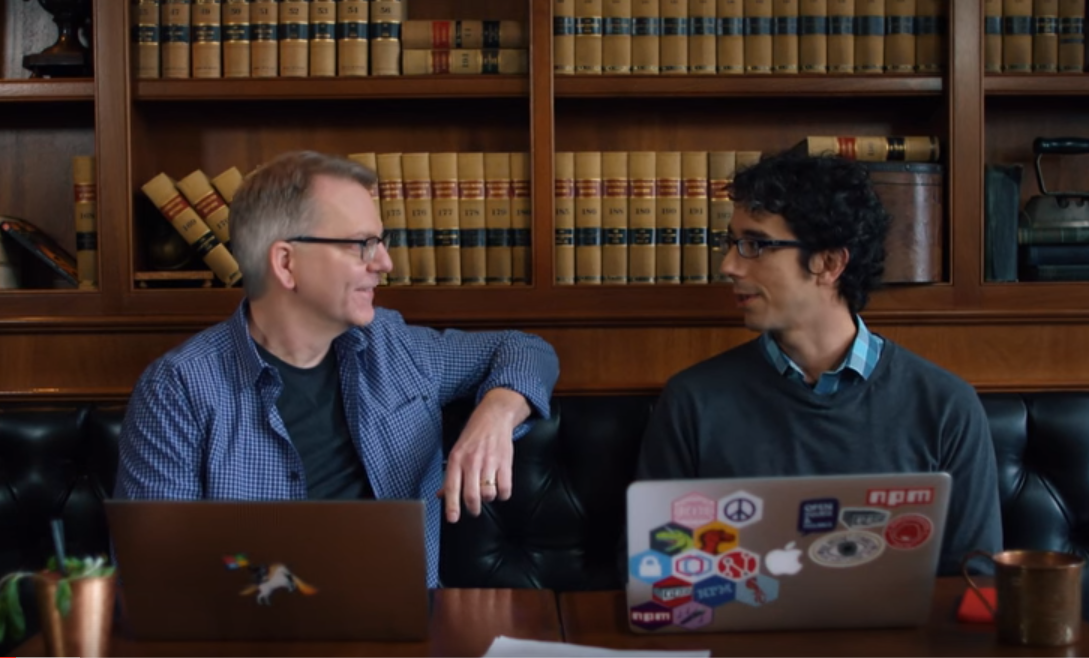 Last week, Microsoft quietly released the latest episode in its series on code, Decoded. Focusing on the intricacies of different coding practices and techniques. While episode one featured an interview with Jacob Thornton, the co-inventor of Bootstrap, the most popular code on GitHub, episode two features Node expert Isaac Schlueter.

Somewhat surprisingly, the release of episode two has been so quiet, the video has only been viewed just over 2,500 times. This is despite the fact that John Shewchuck – Microsoft’s self-proclaimed chief geek, aka Technical Fellow – is the show’s presenter.

Decoded takes an “unorthodox and at times irreverent” look at the intricate nature of code. In this latest installment Shewchuck and Schlueter – the man behind NPM – discuss the ways in which coding “best practices” represent the master recipes that coders need to use in order to reach their goals.

Want to watch? You can see the video here: bit.ly/decodedshow

But enough of the spoilers. How important are coding best practices? As it turns out, very. Shewchuck’s description of best practices as the foundation for “master recipes” is incredibly accurate (the episode actually starts off in a cocktail bar – +10 points for a nice metaphor, there). Deviating from the best practices, or recipe tips, required to make code can result in significant difficulties later on.

Using tried and tested coding recipes is a key element in preventing software from malfunctioning later on. Reviewing software practices, in the same way that a chef might review the ways they prepare food to make food preparation earlier, helps software producers to create systems that are easier to understand and keep. Essentially, if you wouldn’t cut corners when making a souffle, don’t cut corners when coding.

Decoded is steadily growing as a phenomenon but, considering it’s free and easily available, it is a surprise that it hasn’t gained more traction, sooner. The videocast is well aimed at tech and code enthusiasts and is expertly shot. Shewchuck brings a friendly and accessible face to the program in the same way that a kindly uncle might explain the more complicated rules of a football game (or, if you’re reading this in Europe, soccer’s offside rule) to an otherwise unaware niece or nephew.

Attendees can expect a number of exciting speaking sessions on the first two days of the conference, while the third day will focus on a number of hands on workshops that are also free to take part in. So far, the event speakers remain hidden under a veil of secrecy. All that the Decoded team have promised so far is that speakers are currently “building and releasing OSS applications every day side-by-side with real world customers”.

We wait with baited breath.

A ‘Sociable’ feast at the GEC Medellin: tales of nervous encounters, death by selfie & police prostitution