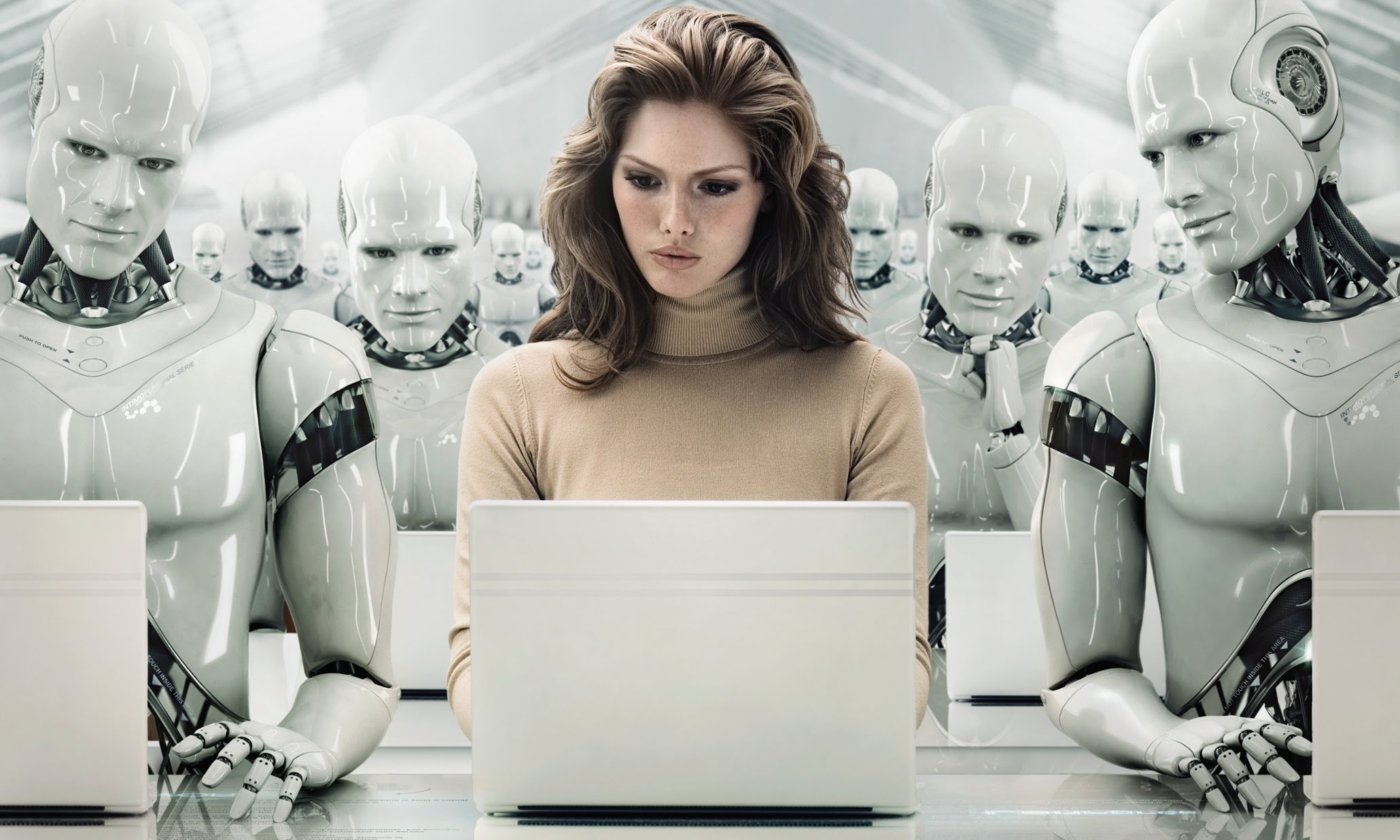 For a time it was very popular to say that Artificial Intelligence (AI) was going to take our jobs in the future, leaving us with nothing to do.

Current articles on AI taking jobs employ many different tactics: some cite surveys which conclude that companies like AI, some argue that AI is creating jobs, while others point to examples of AI and humans working in harmony. They’ve all missed the point.

They have a point worth making, which is that so far machine learning has improved the way we operate, enhancing that which we already do. And this is definitely true if you look at examples like Qurious, which is a machine learning program that analyses the conversations sales reps have with potential clients and then suggests useful information or approaches during the call. You still need a sales rep, so it hasn’t removed that job, it’s just made them better at it.

But there are, generally speaking, two problems here. First of all the term “AI” isn’t being used with any precision. Companies want to claim they’ve made AI and journalists want to write about it because it’s very zeitgesity. But really, at the moment – and aside from a few high-tech examples in very intelligent AI labs – we haven’t got any AI functioning in the world. We have machine learning and maybe some deep learning.

But all these machines only do one thing, they do it very well and they’re capable of teaching themselves how to do it, but it is only one thing. It’s not AI, we don’t have AI operating in the economy to even a nearly significant extent.

The second problem folds in to this, which is that people are trying to analyse the situation as it stands. Analysing the economy now is no good, no one intellectually sincere is suggesting that AI is currently taking jobs. Suggesting technology might be taking our jobs is an interesting and different question. Throughout the whole of the 20th century we can see the rise of technology alongside no real change in unemployment. So the Luddites were wrong, either way. Technology has improved lives and while it might have taken some jobs it’s created an equal amount.

But the problem with AI isn’t now. The problem with AI is what’s to come. The advancement of AI will be subject to Moore’s law, which means the rate of development will increase exponentially. In other words, everything will continue as normal for a while and then all of a sudden pretty much everything will become AI powered. How long until that happens? No one knows, it’s the subject of much debate – but there’s serious argument to suggest that we are currently approaching the inflection point.

If, then, we take the argument that AI will take our jobs, we would currently expect to see no change. When faced with a plethora of articles and studies which observe that there is indeed no change, it would be ignoratio elenchi to assert that this repudiates this argument.

Wired gave us this handy metaphor, “You’re flying in bad weather, you can’t see the horizon, and a frantic, disoriented passenger is yelling that you’re headed straight for the ground. What do you do? No question: You trust your instruments—your altimeter, your compass, and your artificial horizon—to give you your actual bearings, and keep flying.”

The bit they left off the end of the metaphor is that you’re heading for a mountain range, your altimeter might appear to give you a safe reading according to all the terrain you’ve been flying over previously. But up ahead is uncharted territory. The passenger actually isn’t disoriented, though they might be accused of being a little inarticulate. And the captain is right to check the instruments, but would be downright foolish to discount the idea that the unknown terrain could be higher than the known terrain.