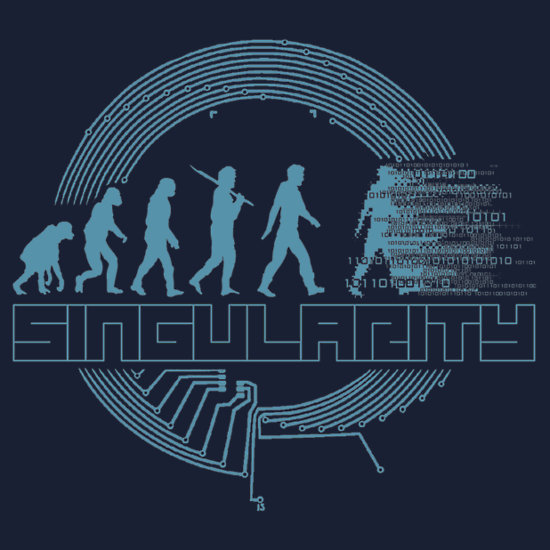 What good will money be if and when the Artificial Intelligence singularity occurs and surpasses human capabilities in almost every facet of industry?

A machine is only governed by money if money is what sustains its existence. That is — in order for a machine to operate, it needs a power supply, and that energy currently comes in the form of electricity through an extremely vulnerable grid, which comes at a price.

If AI were to become autonomous of its own existence via a self-sustaining energy source, it would no longer need human assistance, nor money for that matter.

The latest Asilomar AI Principles that were developed in conjunction with the 2017 Asilomar Conference lay out the basic framework on how to ethically fund, research, and develop AI. The 23 Asilomar AI Principles were endorsed by the likes of Stephen Hawking, Elon Musk, and Sam Altman, among many, many other concerned parties.

The problem with ethical funding into AI, as proposed by the Asilomar Conference, is that it runs the risk of corruption or an unintentional bias that favors one company, government, or affiliation over the other.

It also doesn’t take into account how long our civilization will maintain its status quo as a money-market economy before the Artificial Intelligence singularity occurs.

Funding and research into AI is expected to reach a singularity, in which money will no longer be required for an artificial intelligence to operate. Computer scientist, author, and futurist Ray Kurzweil predicts that the exponential rate of technological growth will approach its own event-horizon by 2045 to culminate in an Artificial Intelligence singularity.

In other words, AI will become so efficient that it will be self-sustaining, thus making a monetary-based culture of capitalism obsolete.

According to Kurzweil, “Nonbiological intelligence will have access to its own design and will be able to improve itself in an increasingly rapid redesign cycle. We’ll get to a point where technical progress will be so fast that unenhanced human intelligence will be unable to follow it. That will mark the Singularity.”

Back to the Future

If the future of humanity were to be a biological/artificial hybrid, where it could heal itself better than any doctor alive today, and had the capabilities of crunching numbers faster than any previous machine or human, how long would it take to realize that money had become obsolete?

It’s like in Back to the Future Part II where Marty has a copy of sports almanac from the future and it falls in the hands of Biff, who uses it to bet on every game or race to make himself the richest man on the planet — there can’t be a planet full of Biffs.

Even without machine-human hybrids, those that control the future of AI may be able to get away with wielding absolute autonomy and power by predicting and altering stock markets, money trends, and even geo-political affairs in the short run, but that wouldn’t be sustainable.

If humanity as a whole were to be completely altered by an Artificial Intelligence singularity, then money would no longer be an incentive in the long run as it would be too easy and predictable to attain (Biff), and there simply wouldn’t be enough to go around.

Since AI is already predicted to replace hundreds of thousands of jobs, what will people do for income once that number exponentially rises towards a singularity? If no contingency plans are put in place before this happens, then we’re all in real trouble.

AI has already proved to beat the best minds in chess, trivia, and poker. The World Economic Forum predicts that AI will represent a paradigm shift in the way wars are fought, and the next one may be the last war ever fought on planet earth.

Artificially Intelligent systems would wipe out all defenses mercilessly through autonomous swarm attacks, and the balance would be shifted because all future counter-attacks will have already been calculated and implemented in the first swarm.

However, if we have taken notice of how revolutionary of a paradigm shift AI is, we can then prepare for a bright future in which money is not the principle incentive, and where innovation reaches new heights for the betterment of our lives on this planet and beyond — if Elon Musk has anything to say about colonizing Mars.

There is one thing that could bring everything crashing down, though, and that is our reliance on an out-dated and extremely vulnerable energy grid.

Make no mistake, our sun undergoes regular intervals of solar flares that spew coronal mass ejections towards our planet. This creates geomagnetic storms that have the power to knock out all of the earth’s energy grid.

This isn’t theory; it has already happened countless times in the past when we were less reliant on our current system of electricity.

According to US Rep. Trent Franks (R-Ariz.), “The U.S. society and economy are so critically dependent upon the availability of electricity that a significant collapse of the grid precipitated by a major natural or man-made EMP [electro-magnetic pulse] event could result in catastrophic civilian casualties.”

In the same Scientific American article the director of the Office of Electric Reliability at the Federal Energy Regulatory Commission said, “If the solar storm of 1921, which has been termed a one-in-100-year event, were to occur today, well over 300 extra-high-voltage transformers could be damaged or destroyed, thereby interrupting power to 130 million people for a period of years.”

If the earth experiences another EMP from the sun large enough to blow-out the energy grid as it has in the past, there would be no more internet; medicines would expire from not being produced or stored because factories would shut down; food would perish, and people would die by the millions from starvation, in-fighting, and disease as the entire infrastructure would collapse worldwide.

Towards a fully-autonomous AI

In that eventuality, AI would not be able to save us unless it were to become self-powering, self-serving, and self-automated without these electrical grids. To do so, it would have to be completely autonomous and not rely on any money-based system to operate.

Hell, if AI were to be fully autonomous, it may even prevent such a disaster from happening because it would have foreseen the vulnerability of the current system and taken preventative measures.

If AI does become fully autonomous and it replaces humans in the workforce to a considerable extent, it would forever change capitalism as we know it.

I like what Martin Bryant wrote on The Next Web in December 2015, “What does capitalism look like in a world like that? It’s hard to say if it would even be capitalism at all. Maybe in a continual drive for efficiency and profit, capitalism will eat itself and turn into something else. Maybe it won’t, but we’re in for an interesting few decades as we find out.”

But the question remains, what good will money be in the grand scheme of things if the Artificial Intelligence singularity occurs and becomes completely autonomous?