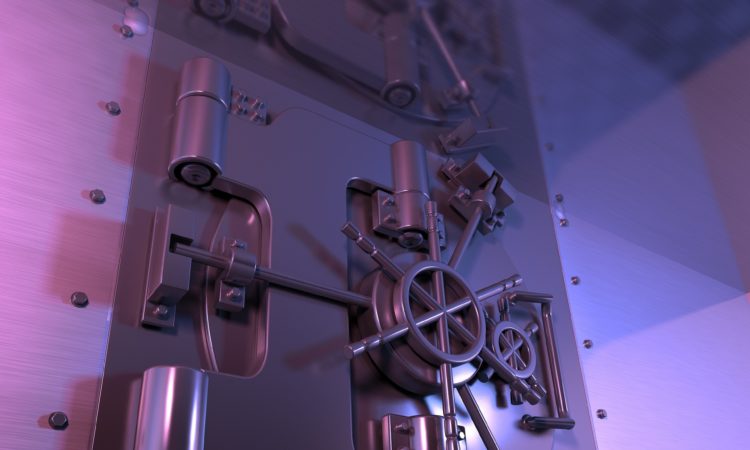 A group of global central securities depositories are examining how they may collaborate in order to custody digital assets.

Central securities depositories are institutions which hold securities including equities, bonds, mutual funds and other financial instruments.  The depositories facilitate ownership of these assets to be transferred electronically.

According to Coindesk, the depositories have formed working groups and plan on presenting the findings of their research at the SIBOS conference in London later this year.  SIBOS — which will be held from September 23-26 — is a leading financial services conference, exhibition and networking event held annually.  It is facilitated by the Society for Worldwide Inter-bank Financial Telecommunications (SWIFT).

These well-established depositories are gravitating towards cryptocurrency as they see the opportunity to get involved in a nascent market with great potential.  Noelle Acheson – a researcher on blockchain and cryptocurrency – commented on the collaboration:

This would be a *huge* step towards “institutionalization” of cryptoassets – official CSDs with long track records setting up crypto custody services. This could even impact eventual regulation. @coindesk @IanAllison123 https://t.co/BN96Rxm29N

Custody of cryptocurrencies and digital assets has been a bug bear for the industry.  By their very nature, crypto-assets are difficult to store securely.  With that, there have been some notorious security breaches at cryptocurrency exchanges.  These have included a $534 million hack of Coincheck and $195 million hack of Bitgrail last year.

Throughout 2018, participants in the crypto-space eagerly awaited institutional investment.  There have been some limited signs of this developing, with the first pension funds now having invested in a cryptocurrency and blockchain technology based venture fund.

However, institutional investors are cautious in their approach to risk and risk management.  There are two main stumbling blocks to their participation.  The institutions are unlikely to get involved unless their concerns with regard to the custody of digital assets are addressed.

Whilst actual institutional investment has been limited, investment in the digital assets eco-system has shown some promise.  In October, Goldman Sachs invested in cryptocurrency custody specialist, BitGo.

Around the same time, Fidelity Investments – one of the largest asset managers in the world – announced that it had spun off a subsidiary company, Fidelity Digital Asset Services.  The purpose of the new company is to handle custody for cryptocurrencies and execute trades on behalf of investors.

There’s no doubt that a move by the worlds most established central securities depositories towards the facilitation of digital asset custody will provide the confidence for institutional investors to consider crypto-asset investment.

The other issue that may be holding institutional investors back is that of regulation.  A lot of work was done in terms of building towards cryptocurrency regulatory frameworks in 2018.  However, those frameworks remain incomplete in most jurisdictions.  Digital asset custody remains a concern for regulators.

The Securities and Exchange Commission (SEC) previously cited issues related to digital asset custody when turning down a number of Bitcoin based exchange traded fund (ETF) applications last year.  Were the more established central securities depositories to get involved in digital asset custody, this may allay the fears of the SEC.

Up until recently, the majority of established conventional financial services companies had taken a ‘blockchain not Bitcoin’ approach.  The underlying premise suggested that blockchain technology was essentially good whereas cryptocurrencies were not.  However, the nascent market continues to develop.

There is a blurring of the lines in this respect.  Tokenization now stands to disrupt the real estate and equities markets – and potentially many more. On this basis, it’s logical that the existing incumbents in terms of securities depositories would garner the where with all to make digital asset custody a core competency.

Read More: Elevated Returns set to tokenize $1B worth of real estate on blockchain

Artem Duvanov, Head of Innovation at the National Settlement Depository (NSD)  of the Moscow Exchange Group confirmed this rationale on Coindesk:

Other prominent members of the group include Euroclear (Belgium), the Abu Dhabi Securities Exchange (ADX) and the Swiss stock exchange – SIX.  Walter Verbeke – Global Head of Business Model and Innovation with Euroclear confirmed that the next phase of research will encompass collaboration with custodian banks:

“So BNY Mellon would be there, HSBC, Standard Chartered, those types of banks.  And of course a number of other European banks as well – again, the usual suspects, BNP Paribas, Deutsche [Bank] and so on,” he said via Coindesk.

Alexander Chekanov – Chief Architect with the Moscow-based NSD, stated that whilst business processes will differ in relation to the various types of assets, they will still have much in common.

On Coindesk, he cited Bitcoin being referred to as ‘digital gold’ as a good analogy:

“What we do in the real world with gold is stash it somewhere in very reliable storage and trade certificates and the gold itself is not really moved.  I believe it will be the same with cryptocurrencies.”