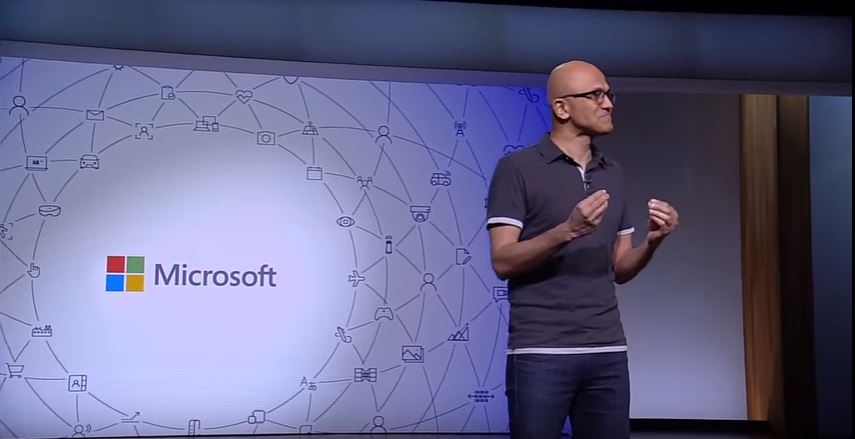 This week, Microsoft hosted the eighth annual Build conference in Seattle, Washington, bringing together hundreds of the top developers from around the world.

In the words of Build’s organizers, attendees were there “to get inspired, create tomorrow, and code the future,” especially through using Microsoft technologies.

Much of this year’s Build was focused on artificial intelligence (AI) and Mixed Reality software, as well as cloud computing – specifically Microsoft’s cloud platform Azure. Experts moderate discussions, give presentations and host demonstrations related to these topics and others.

Additionally — and perhaps a tad surprisingly — Build has offered signs that Microsoft is embracing a newfound role for itself in the world of tech and innovation: moral leader. Afterall, Microsoft was included on Ethisphere’s 2018 World’s Most Ethical Companies Honoree List in February.

While tech giants like Facebook and Google have come under scrutiny of late for their data collection practices, Microsoft is keen on reminding people of the capacity that technology has to transform our world for the better.

But the company is doing more than talk in abstractions. They are showing attendees and the rest of the world progress it’s made in major socially-conscious initiatives, especially one called “AI Accessibility.” Microsoft is investing $25 million over the course of five years into the program, which is meant to help disabled people find jobs, make meaningful social connections, and fully participate in modern life.

AI for Accessibility is an ambitious project. While it may seem to have been created with the philanthropic sensibility of Microsoft founder and former CEO Bill Gates in mind, the company’s current top brass has impressed the tech community for its ethical and empathetic guidance in efforts such as this.

“We need to ask ourselves not only what computers can do,” said Microsoft CEO Satya Nadella during his opening remarks at the conference on Monday, “but what computers should do.”

AI for Accessibility is far from the only civic-minded innovation happening at Microsoft. There’s also AI for Earth, an ambitious $50 million project targeting several ecological initiatives, including modeling the earth’s fresh water supply and monitoring the health of farmland around the world.

There’s also a lot of philanthropic work being done by Microsoft’s Commercial Software Engineering (CSE) division, including a project to facilitate funding for African enterprises using multilingual bots and another that enables the UN to plan and execute crisis humanitarian aid more effectively. These projects and others are highlighted in Microsoft’s Developer Blog.

With all of the energy Microsoft is devoting to high-minded ventures, one has to wonder about the “why” behind it all. Is it that this computing mainstay is aware of its omnipresent yet beleaguered industry’s pressing need for moral leadership?

Or is this part of Microsoft’s broader growth and development strategy?

Patrick is a writer from Baltimore whose curiosity knows no bounds. Lately he’s been writing about finance, emerging technologies, startups, and lifestyle. He previously worked as a managing editor at The Agora, one of the largest private publishing companies in the world.