Peru Moves to Invest in Tech, Innovation With Venture Capital Conference in Lima

The Peru Venture Capital Conference starts Tuesday with the aim of ending Peru’s dependence on raw materials while investing more in technology and innovation.

On Tuesday, the largest gathering of startups and investors in Peru’s technology and innovation sector will gather at the Peru Venture Capital Conference (PVCC), which fits into Peru’s broader mission of reallocating resources from raw materials extraction to knowledge-based and innovation sectors.

Dependency on raw materials is not sufficient to sustain a thriving economy, as shown by the economic concept Dutch Disease, and the Peru VCC is an important step to encourage the growth of an innovation ecosystem in Peru.

To date, the Peruvian economy has relied heavily on its natural resources, and approximately 15% of its GDP depends on it. In 2015 the South American nation exported $34.4 billion worth of goods, but only imported $38.2 billion, which resulted in a negative trade balance of $3.76 billion.

According to Living in Peru, “Peru only invests 0.14% of its Gross Domestic Product (GDP) in innovation which remains low compared to other countries in the region where the average is 0.7%.”

In a move to shift from a dependency on raw materials such as gold, copper, and refined petroleum, Peru is now looking to its most precious natural resource of all — the innovation of its people — backed by both foreign and domestic VCs.

Led by the Cofide, Fomin, and UTEC, Peru VCC is a physical manifestation of Peru’s overall effort to spur innovation, diversify its economy, and catch up to its neighbors in regards to investment in innovation.

Peru is also a member of the Pacific Alliance along with of Chile, Colombia, and Mexico. Together, these four countries have a combined population of 200 million, account for half of Latin America’s exports, and make up around 35% of the region’s GDP, according to Forbes. 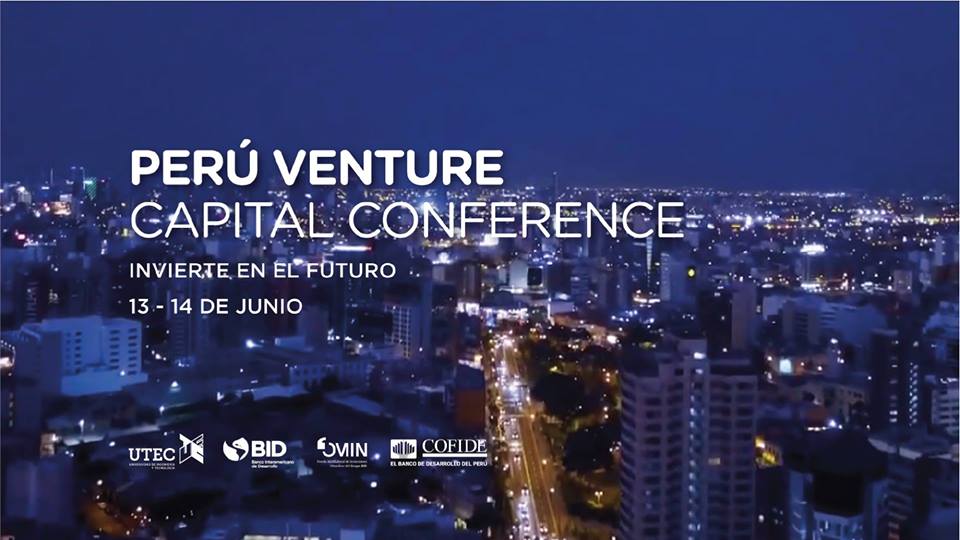 The conference, which is also supported by the Director of Innovation at Peru’s Ministry of Production, Gonzalo Villaran, is a two-day event starting on Tuesday at the Domos BoulevArt venue in the San Miguel District of Lima.

Key exhibitors will include:

In recent years, Latin America has seen a string of accelerators popup with some of the most successful being Start-Up Chile, and Parallel18 in Puerto Rico, and Rockstart recently launched its Bogota accelerator in Colombia.

Peru’s own UTEC Ventures, coordinated by Andres Benavides, has also emerged as a leading business accelerator, and it makes-up the entrepreneurship department at UTEC. Founded in 2014, the accelerator is currently seen as one of the main contributors of the Peruvian startup ecosystem due to the development of four areas: events, incubators, accelerators, and Angel networks.

According to The Balance, “International investors often dismiss Peru’s economy in favor of South American giants like Brazil, but in reality, the country’s little steps have resulted in robust growth. Between December 2010 and 2015, Peruvian stocks have outperformed Brazilian stocks by more than 10%, although both countries have suffered from lower commodity prices.”

With the Peru Venture Capital Conference, the South American nation is committed to ending dependency on raw materials and investing for the future through tech and innovation.