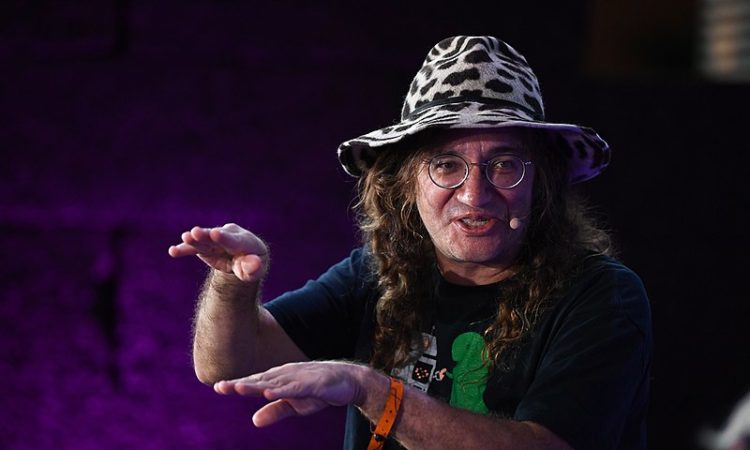 SingularityNET, a cutting edge platform for the creation, distribution and monetization of artificial intelligence (AI) services, has launched its decentralized AI marketplace.

The SingularityNET Beta is now live on Ethereum! Today we have reached a huge milestone in the movement to democratize AI – and we are all celebrating this day with you 🙂 AI is now decentralized! Cointelegraph’s coverage of the launch: https://t.co/8Gfa4cJD4W pic.twitter.com/5Y04mx1tkq

In a wide ranging interview published by crypto vlogger Lark Davis on Wednesday, SingularityNET CEO Ben Goertzel, discussed the technology and project generally whilst also detailing the significance of the platform launch.

When asked to clarify the importance of an AI marketplace, Goertzel responded that “many ideas are simple yet highly transformative”.  He uses the analogy of the internet which in basic terms is just a network of computers yet when considered beyond that, there are many layers of complexity.  Goertzel explained that he conceived the idea of an AI marketplace in the nineties but it was simply too early as the technology was not there to support it.

SingularityNET has two objectives.  One is a research goal on a transhumanist theme with a view towards the creation of AI that will be beneficial to society.

Read More: A peek inside the transhumanist agenda

The second objective is to democratize the AI ecosystem.  Most of the worlds AI is controlled by a dozen corporations, largely with the objective of using the technology militarily.  It’s against this backdrop that Goertzel wanted to create a marketplace that takes AI out of the hands of this elite group:

“By making a platform in which a bunch of different AI’s could cooperate and join together, you’re both creating a primordial digital ooze out of which intelligence can evolve.”

The thinking is that the platform will become the medium out of which AI will emerge whilst also enabling it beyond those few powerful companies.

The Importance of Blockchain in Enabling the AI Economy

The decentralized blockchain based foundation for the platform is not seen as being crucial right now but as more powerful AI emerges, this decentralized control mechanism will become critical.  It would mean that in the event of AI reaching mass market usage, the contributors to the technology and users of it will control the technology – rather than a few powerful entities.

SingularityNET has based its platform on the Ethereum blockchain network.  Goertzel maintains that Ethereum was the right choice.  He acknowledges that it has hit a scaling issue but that there is a developmental pathway out of that situation.  The project combines Ethereum-based smart contracts together with AI code to create the decentralized marketplace.

The platform has been launched in Beta mode.  Users can pay for AI services on the platform using its native AGI token.  The company envisage that there will be many revisions and improvements to come.  However, Goertzel claims that this is the first AI marketplace to present in a reasonably usable form for individual users.

In a press release obtained by Coin Telegraph, Goertzel commented on the launch:

“As the AI economy matures and expands, the demand for a democratic and decentralized AI infrastructure is becoming increasingly clear, as is the need within businesses across the spectrum for AI tools with a greater variety of focus and generalization capabilities.”

According to a study carried out by global IT research and advisory firm, Gartner, the implementation of AI grew 37% in 2018. It’s expected that the emerging industry will add $15 trillion to the world economy by 2030.