A peek inside the transhumanist agenda 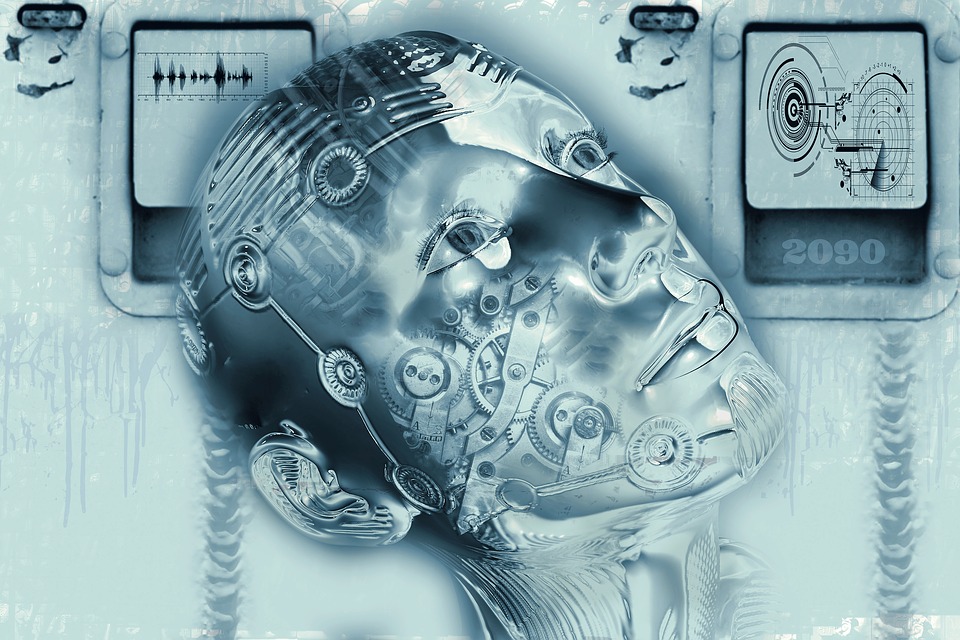 In a startling leap towards a future that many thought only existed in sci-fi, a Wisconsin high-tech company, Three Square Market, started microchipping its employees last year.

The announcement followed on the heels of a similar move by Swedish company Epicenter, the first to begin this practice. While Three Square Market’s approach is voluntary, the company is financially subsidizing the procedure.

There is a name of this kind of cultural weirdness: Transhumanism, a strange agglomeration of technology, politics, and even aspects of religion. The Transhumanist view of the future features a fully mechanized simulacrum of society teeming with visible and invisible robots and robotic functions that will engineer the minutia of life at every turn, presumably to make life easier and more fulfilling.

Implicit is the notion that computer chips should be embedded not just in our hands but eventually in our brains to “improve” human performance. But that’s just the beginning.

Many of Transhumanism’s thought leaders (such as Kevin Kelly, the former editor of “Wired’ magazine) believe that humans are obsolete and that artificial intelligence (AI) is the next step in evolution. In Kelly’s bizarre phrasing, humans are the “reproductive organs” of AI.

Transhumanist thinking has gained a remarkable amount of traction and publicity this year. Powerful Silicon Valley interests have been mounting a charm offensive designed to persuade us of both the value and the inevitability of this transformation.

Seen from another perspective, the core initiatives of Transhumanism such as virtual and augmented reality, artificial intelligence, pervasive robotics, and body microchipping, also represent a kind of lifestyle — high-end technology embedded into every nook and cranny of our daily lives. Unfortunately, it may not be a lifestyle that we get to choose.

Here in the US, there was no vote in Congress on whether microchips should be implanted in all of our appliances, consumer goods, or bodies.

There’s no question that computer and Internet technology can and has improved many aspects of life and, rightly implemented, has the potential to continue to do so. But as we examine the long arc of technology’s massive infusion into our lives over the last 25 years, a paradoxical effect becomes apparent whereby positive and negative aspects co-mingle.

The iPhone, for example, can in many ways be a very useful life negotiation tool. But, at the same time, it seems clear that its overall benefits readily diminish with over-use or inappropriate use.

Developing an ethical humanist perspective on technology that takes into account the quality of life is, above all, about balancing these benefits with the costs of being immersed 24/7 in the technological stewpot. What many are now realizing is that any technology, no matter how useful, has strings attached.

It’s the lifestyle cost of using these technologies – the technology tax – that is often problematic. For ease and convenience, much is traded away including fundamental rights to privacy and possibly even, with the advent of microchipping and other questionable practices, human dignity.

Designer Humans and Other Delights

Microchipping, human/computer hybrids, artificial intelligence, and genetic alteration of human DNA using CRSPR and other approaches are all aspects of the Transhuman agenda being advanced by Silicon Valley luminaries such as Elon Musk and Ray Kurzweil, one of Google’s more prominent thought leaders.

Because of their respective company’s market power and influence, the media tends to fawn over these executives. Musk seems to stand alone in advocating deeper thinking about technologies such as AI but, on the other hand, he has also started a company to explore its potential and make it a reality.

In the US, public reaction to the introduction of Transhumanist technology to date seems to be mixed. By and large, the general public is simply not aware of many of these trends. They tend to avoid heavy musings about such matters and understandably so: it’s ponderous territory.

Unless someone has spent their life working in high tech and or is already working in the computer field, the eyes tend to glaze over. For many, the nuances of tech invoke large yawns so there is a tendency to simply kowtow to “the experts”.

The leaching of Transhumanist technologies into everyday life is what James O’Dea, former president of the Institute of Noetic Sciences, has called the “mechanization of culture”. For all the seductive benefits that hypertechnology offers, it seems fair to wonder if these strange, unsettling, and in many cases unwanted intrusions into our everyday lives will in the long run ultimately enslave us under the guise of liberating us.

As the Earth’s environment deteriorates, we seem to drift farther and farther from a sense of immersion in and dependence on it. It’s worth asking whether we want to embrace a technocratic world that places a beguiling layer of technology between us and the natural world that sustains us. Our survival as a species may depend on doing just the opposite.

Tom Valovic is a writer, editor, futurist, and the author of Digital Mythologies (Rutgers University Press), a series of essays that explored emerging social and cultural issues raised by the advent of the Internet. He has served as a consultant to the former Congressional Office of Technology Assessment and was editor-in- chief of Telecommunications magazine for many years. Tom has written about the effects of technology on society for a variety of publications including The Technoskeptic, Media Studies Journal, the Boston Globe, the San Francisco Examiner, and Whole Earth Review. He can be reached at jazzbird@outlook.com.
view all posts