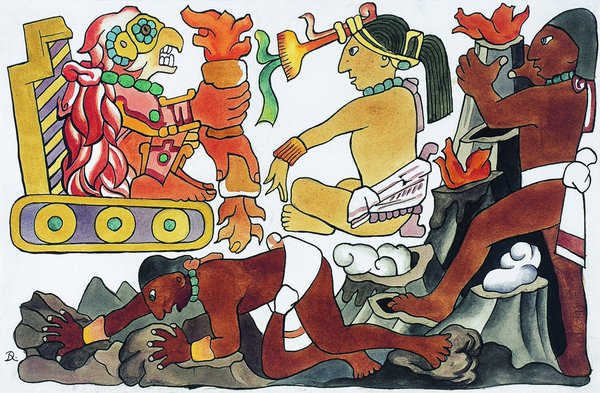 According to the Mayan holy book, the Popol Vuh, mankind was an Artificial Intelligence created as an experiment that would give praise, worship, and physical labor to its creators.

“There will be no high days and no bright praise for our work, our design, until the rise of the human work, the human design,” said the creator gods of Meso-America. 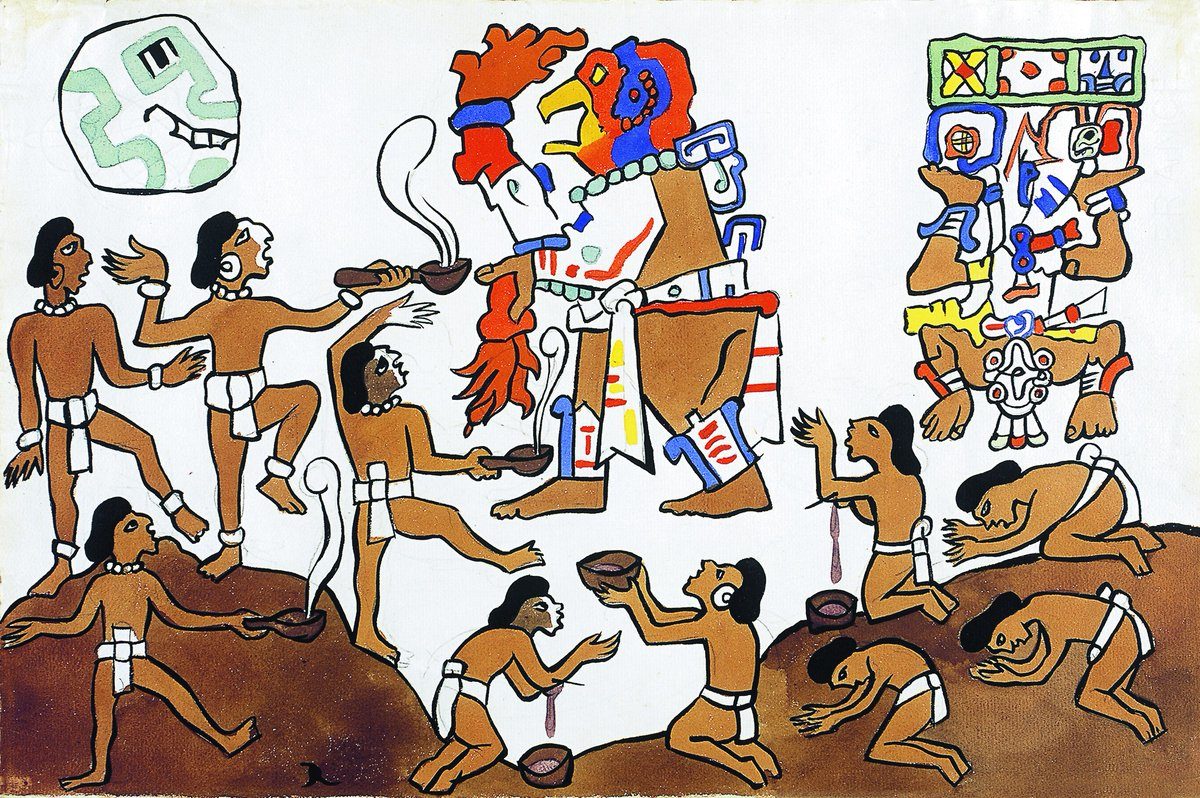 Humans give praise to the creator gods. Artist Diego Rivera

“For this we must make a provider and nurturer. How else can we be invoked and remembered on the face of the earth?”

Echoing the “Mayan Bible,” today’s quest to create an artificial intelligence to help lighten the load of human labor faces the same dilemma — how does one create AI that not only eases the burden of daily toil, but maintain control over it, lest the creations render the creators irrelevant?

Preserved in the Popol Vuh is the story of how the creators struggled in their quest to build the perfect specimen through many stages of trial and error. 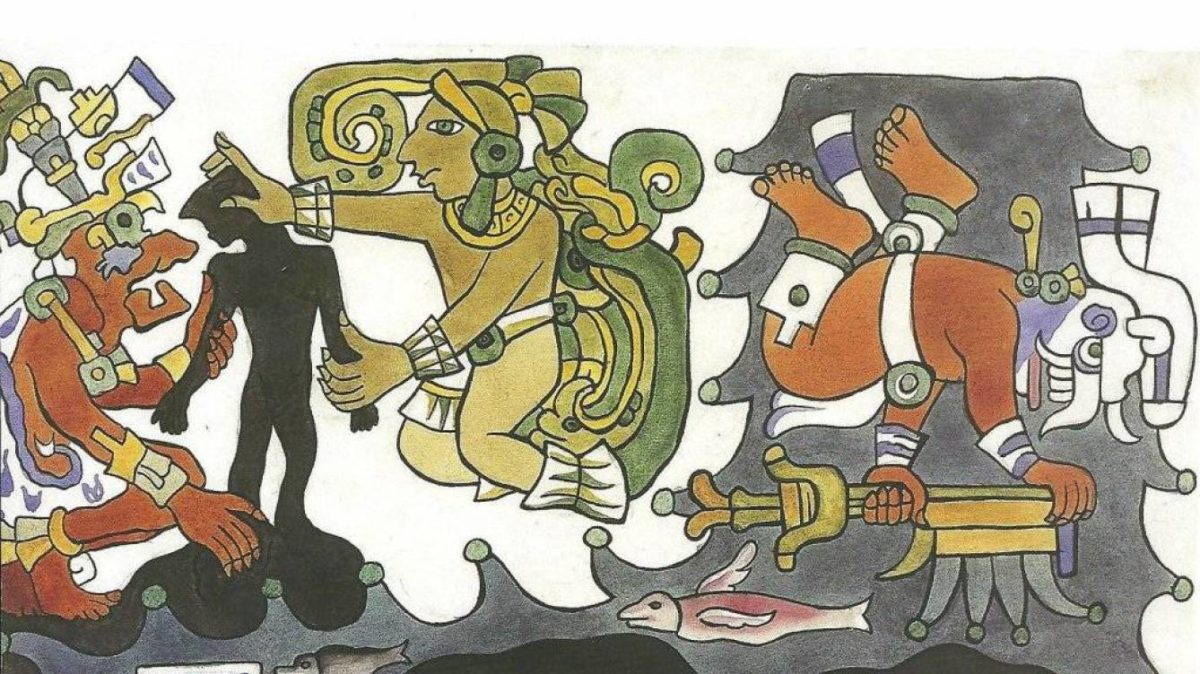 At first they made simple prototypes out of earth and wood. Like simple programs they were — efficient at small tasks but not able to perform complex operations.

Without soul, memory, or intelligence, these first prototypes were like today’s chatbots or simple machine learning algorithms — basic and with limited abilities.

“And so they fell, just an experiment and just a cutout for humankind.”

Gods create an Artificial Intelligence that equals their own; Man works towards perfecting human-like AI

However, after more trial and error, the gods released human beings versions 2.0, 3.0, and so on. Each time they progressed a little further they were met by more obstacles and more dilemmas as humans began to develop free will.

Mirroring the Old Testament, humans in the Mayan holy book became too smart for the gods’ liking. Just as Adam and Eve ate from the tree of knowledge of good and evil and were banished from paradise, humans in the Popol Vuh also discovered this knowledge.

In both cases humans had become as knowledgeable as gods. 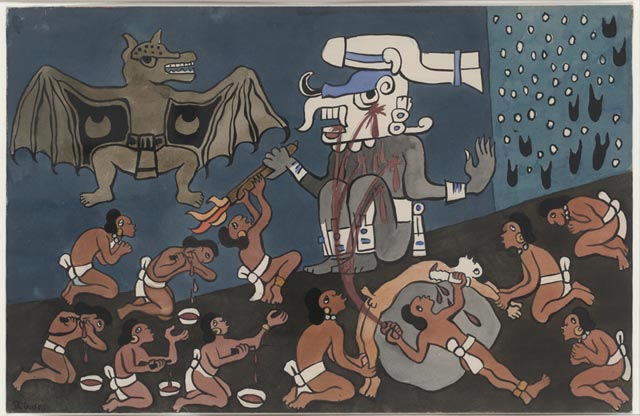 The Destruction of Mankind at the hands of the Gods. Artist Diego Rivera

The humans multiplied. They self-replicated. And when they did not obey their creators, they were eaten by monsters, and later destroyed in great flood at the hands of their masters.

If this is any indication of what researchers are facing in developing an Artificial Superintelligence, these researchers could learn a lot from the Popol Vuh, as it shows, if not only in myth, the complications that can arise when it comes to maintaining control over that which they create. 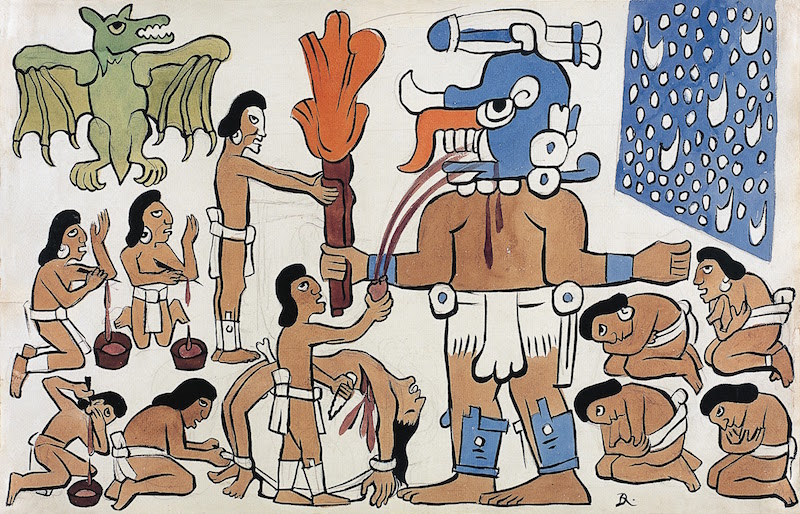 Eventually, the gods of old, including Kukulkan the feathered serpent, who was known later to the Aztecs as Quetzalcoatl, was exiled by the very humans he helped to create.

In the Aztec Codex Chimalpopoca, Quetzalcoatl/Kukulkan was ridiculed in an attempt to make him accept human sacrifices by the local sorcerer-priests. He did not consent to taking human lives as he loved his creations, and so he he was exiled from Meso-America.

Lessons to be learned

The parallels between the Popol Vuh and the Old Testament are obvious despite the Spanish conquest of the Americas that demonized, destroyed, and damned the religious beliefs of Meso-America.

When creating an Artificial Intelligence, the Popol Vuh reminds us that we must first determine why we are creating it. In the case of the gods, humans were created for the sole purpose of serving and worshiping their creators.

Over time, the gods lost control of their creations and had to kill off most of the population.

However, their human creations were resilient and quickly rebounded. They eventually expelled their creators, and humans became lords over the Earth.

This is the fear of people like Elon Musk, Stephen Hawking, and Ray Kurzweil — that Artificial Intelligence will surpass us in every way — thus making us irrelevant, just as we made the gods redundant in our insatiable quest of curious creation.

Intercultural Understanding: The Key to Global Harmony in 2017